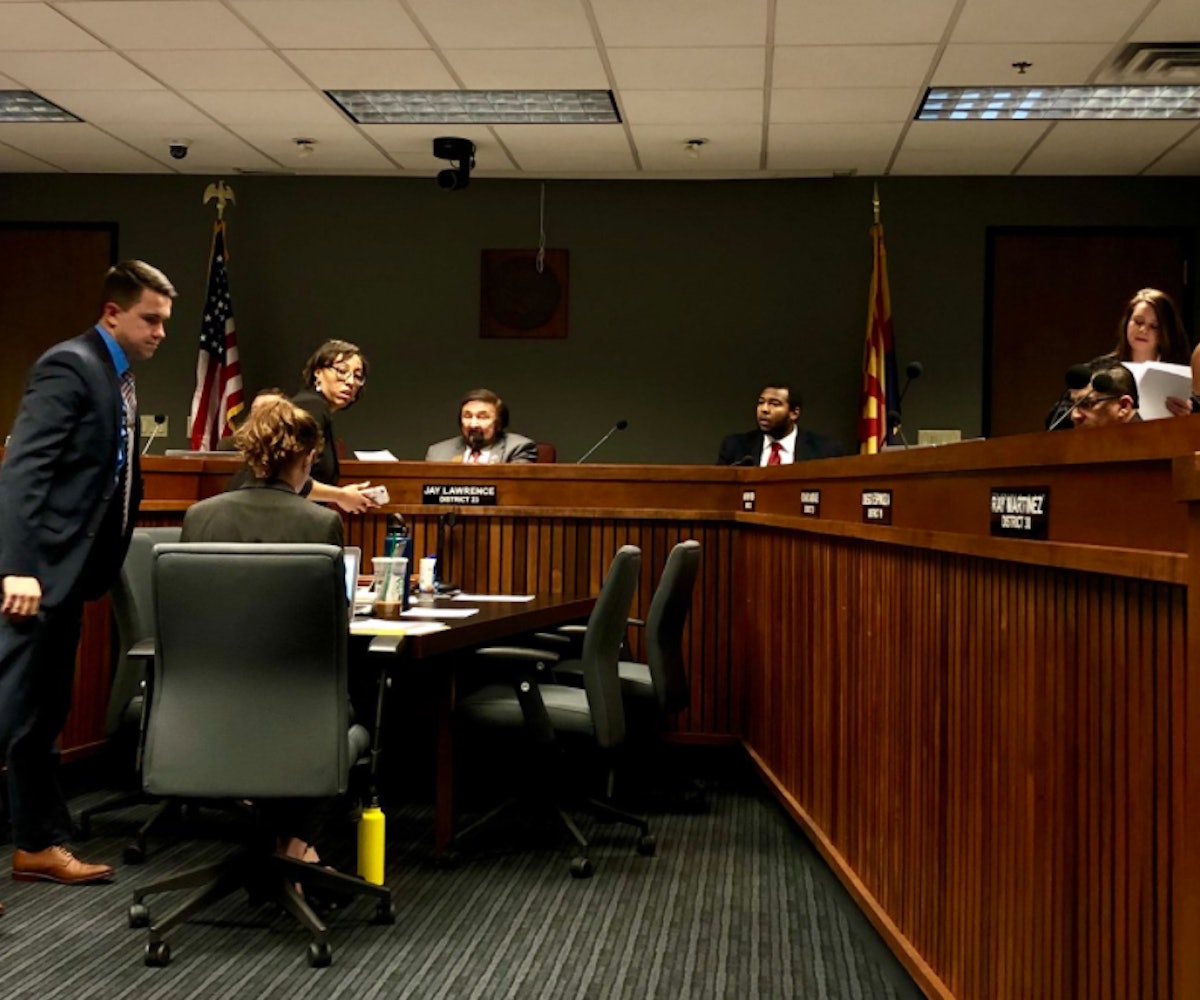 According to a new report by the Arizona Republic, "the Arizona Legislature is considering a bill that would provide incarcerated women with an unlimited supply of feminine hygiene products, including tampons, pads, cups and sponges." This would be a dramatic change from the state's current policy, in which women inmates are only allowed 12 free pads per month. This allotment is insufficient for the length of an average woman's period, which is two to seven days, according to the Mayo Clinic. As the article points out, if a woman wanted to change her feminine hygiene product every four to six hours as per most product guidelines, over the course of a five-day menstrual cycle, she'd need at least 20 pads each month.

With the way the system is set up now, women inmates "must ask an officer if they need more, must pay for them, and may only possess up to 24 at a time." One former Perryville inmate named Sue Ellen Allen "said officers can and do deny requests for more pads." If tampons are preferred, they must be bought, unlike in other state prisons. Additionally, as Arizona Representative Athena Salman, D-Tempe—who introduced the bill to change this poilicy—noted, while addressing the House committee this week, a 16-count of Always ultra-thin, long pads costs $3.20. So for inmates who are making the Arizona Department of Corrections' base pay, which starts at $0.15 an hour, this means they would have to dedicate more than 20 hours of their wages toward menstrual products. The Arizona Republic also notes that a 20-count box of Playtex Super Gentle Glide tampons is $3.99, which means a woman would need to "work up to 27 hours to cover the cost of her own menstruation" if she wanted to use tampons.

Another former inmate named Adrienne Kitcheyan testified that "bloodstained pants, bartering, and begging for pads and tampons was a regular occurrence." She also added that if there were bloodstains on a prisoner's pants, they'd be cited for "being out of dress code, which could result in her losing visitation rights, phone calls, and the ability to purchase store items—including tampons and pads."

Luckily, the bill "passed its first hurdle this week," after being approved by the House Military, Veterans and Regulatory Affairs Committee, so there's reason to hope that Arizona might abandon this misogynist policy. But it's dismaying that some Arizona representatives still don't think the law should change. The Arizona Republic cites Representative Anthony Kern, R-Glendale as saying that he thinks more feminine hygiene products could result in "a lot of frivolous actions," like women trying to clog toilets.

For her part, Perryville Warden Kim Currier said that the prison had spent about $33,000 on pads in the past seven and a half months and that she didn't know it was an issue "because there are few formal reports from inmates about this being a problem." However, civil rights lawyer Kirstin Eidenbach said that a recent tour of the Perryville prison led "us to believe that this is very much still an issue" and that "women with endometriosis or just a heavy flow sometimes use five pads at once to cope."