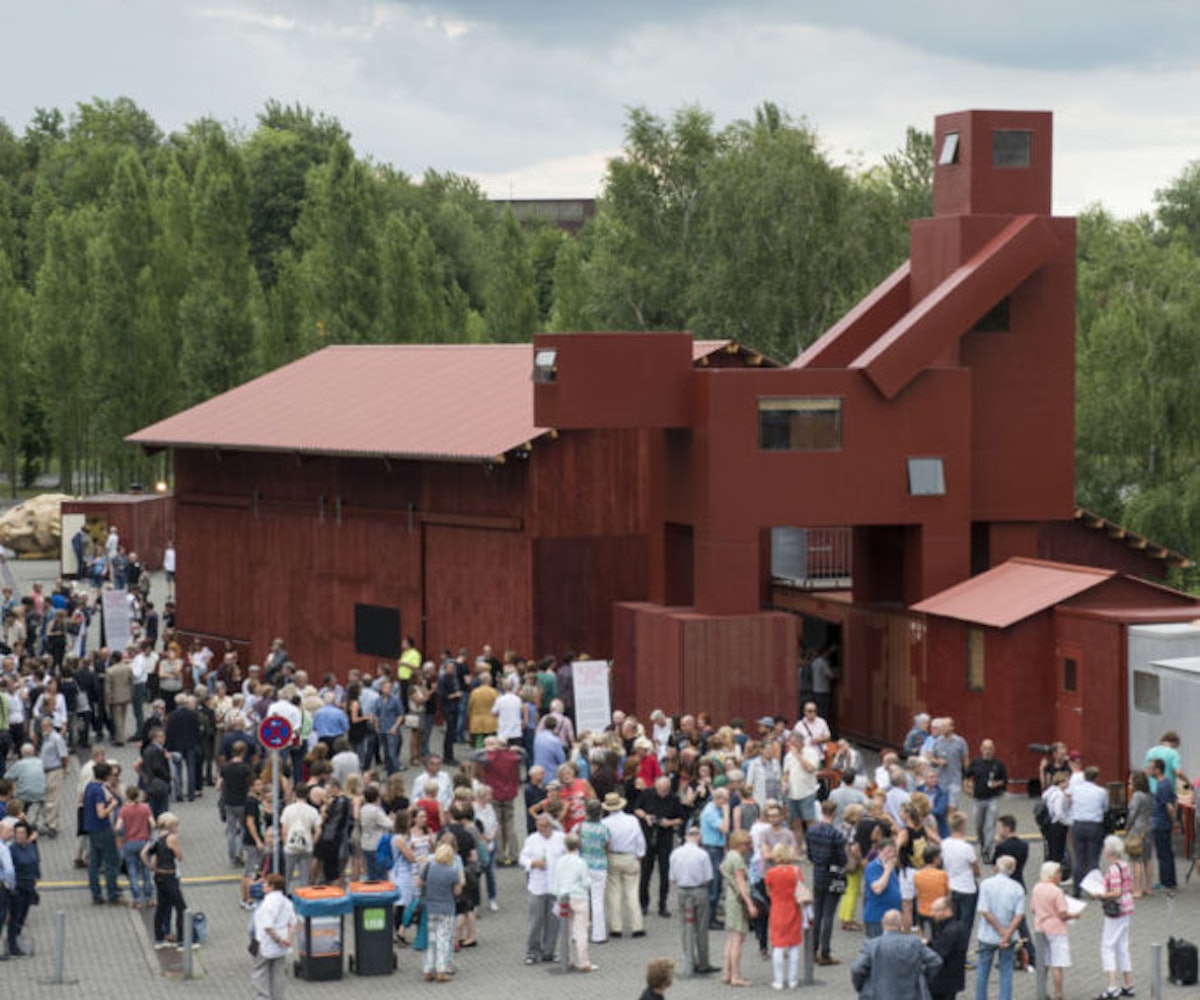 I'm no expert, but I am aware enough to know that art isn’t meant to be loved by all; it’s meant to be criticized, evaluated, picked apart, sure. Some pieces are going to offend, and others are going to motivate. Why then, as of late, have pieces deemed “controversial,” also been deemed worthy of removal?

Last month, the New York's Guggenheim Museum received criticism concerning an upcoming show, "Art and China after 1989: Theater of the World", set to open October 6. The controversy centered around three works: a video installation titled “Dogs That Cannot Touch Each Other” that showed two pit bulls barking and charging at one another for several minutes, “A Case Study of Transference” that highlighted two tattooed pigs having sex with one another, and “Theater of the World” that uses live reptiles and insects. A Change.org petition was created, PETA president Ingrid Newkirk spoke out against the works, and protestors marched outside the establishment in response. For a while, it looked like the cries of animal cruelty would fall on deaf ears. A couple of days later, the museum folded to the demands of the critics.

Although these works have been exhibited in museums in Asia, Europe, and the United States, the Guggenheim regrets that explicit and repeated threats of violence have made our decision necessary. As an arts institution committed to presenting a multiplicity of voices, we are dismayed that we must withhold works of art. Freedom of expression has always been and will remain a paramount value of the Guggenheim.

Then, just yesterday, The New York Times reported that The Louvre in Paris would be withdrawing “Domestikator”—an installation by Atelier Van Lieshout, a contemporary art, design, and architecture collective—that tamely shows two figures having sex with each other, because it “risks being misunderstood by visitors to the gardens.” As the collective's founder, Joe van Lieshout, told The New York Times, “This is something that should not happen… a museum should be an open place for communication.”

And earlier this year it has been. A painting of Emmet Till, done by white artist Dana Schutz for The Whitney Museum’s Biennial showing, divided the art community back in March. Critics claimed that the work exploited black suffering for profit and called for it to be destroyed. It wasn’t, though protestors did gather on numerous occasions to block it from being viewed. It remained on display to spark discussion as Mia Locks, one of the Biennial curators, told The New York Times. “Right now I think there are a lot of sensitivities not just to race but to questions of identities in general," she said. "We welcome these responses. We invited these conversations intentionally in the way that we thought about the show.”

Those same conversations weren’t granted to the Louvre and Guggenheim pieces. Both were barred before the public even had a chance to register them. So, what makes one work—work that offended not just on an emotional but a personal, racial level—worthy of supposed discussion and others not? Furthermore, in a world where political correctness is prioritized, when does censorship start to infringe on an artist’s creative freedom? Art is meant to be provocative, and if the work created continues to be watered down, there won’t be room left for dialogue of any kind. And where’s the fun in that?