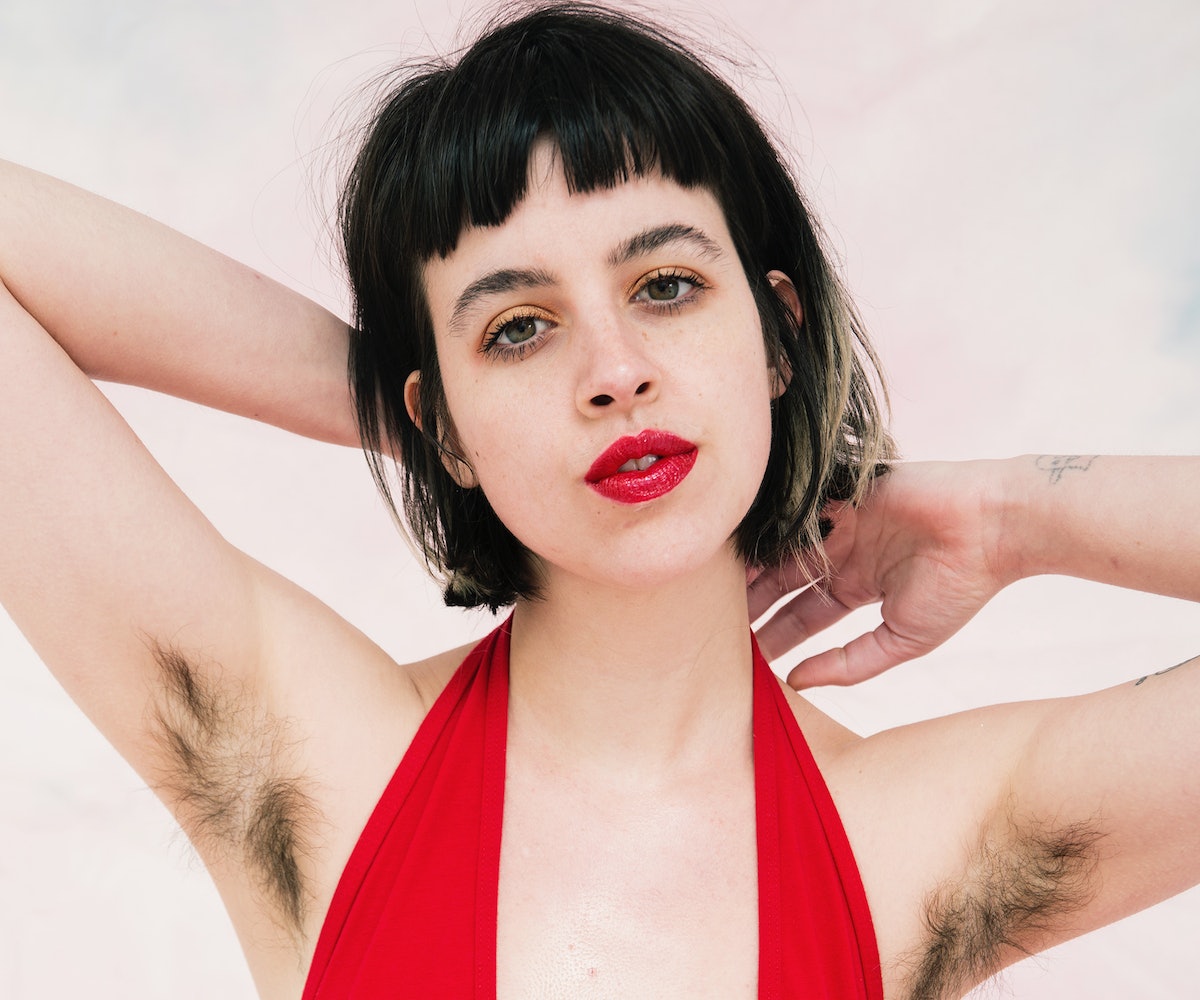 I remember the first time I really became aware of my body hair: I was 11 years old, sitting on the grass outside of my school with some friends. It was a warm day and I was wearing shorts. A friend of mine took a look at my bare legs and exclaimed, “You don’t shave?” I was confused—shaving hadn’t really ever crossed my mind. All of the girls sitting around me chimed in, telling me how they had started shaving ages ago. Suddenly, I felt uncool and wanted so badly to be part of what felt like a secret, super-exclusive club that paved the path to becoming a woman. Not long after that, I grabbed one of my mom’s razors and started secretly shaving my legs, my armpits, my stomach, the hair above my lip—everything had to go. Eventually my mother found out. She was disappointed, but her only real response was, “Well, you’re going to have to keep shaving now because it’s only going to grow back darker and thicker.”

What began as a burning desire to fit in quickly became a routine. It wasn’t until I had gone off to college that I began to backtrack. After all of those years of shaving, what made me stop? Seeing that not shaving was even an option. The first time I saw a girl my age who didn’t shave I was so fixated on her body hair. I was amazed that she didn’t seem to care, didn’t draw attention to it, and didn’t feel ashamed of it. She wasn’t doing anything and yet my world seemed to fall apart because of it. It threw me for a loop and I slowly began to question why I was having such a strong reaction to the sight of body hair. What is so shocking about seeing hair on a female-identifying individual? Why had I been shaving for all of these years without stopping to think about why I was doing it?