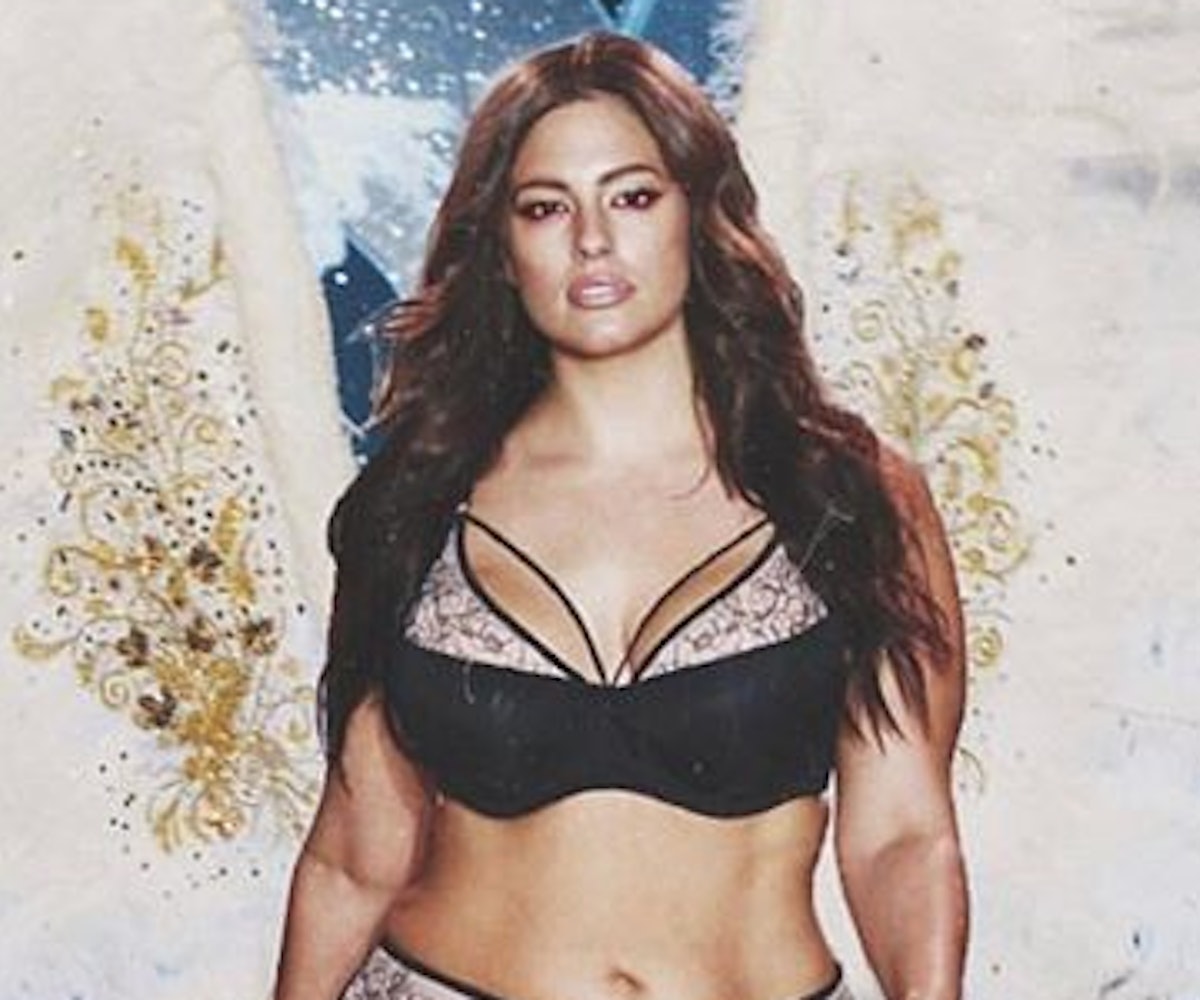 The Victoria's Secret Fashion Show hasn't even aired yet, and it's already being met with tons of controversy. Besides the fact that China denied visas for Katy Perry and Gigi Hadid, basically barring them from appearing at the show, the brand is now being met with criticism from Ashley Graham for their lack of size diversity.

The model, author, designer, and body activist took to Instagram yesterday to post a photo of herself in lingerie and angel wings from an Addition Elle show she'd previously walked in. Graham captioned the photo: "Got my wings! .. my #AdditionElle wings! #thickthighssavelives,” which many took to be a subtle jab at Victoria Secret’s consistent lack of plus size representation on the runway.

And while the brand has been praised for making strides towards inclusivity and hair diversity following their shows last year and in 2015, after model Maria Borges rocked her natural on the VS runway for the first time, it still has a long way to go. Of course, so does the fashion industry on the whole.

Graham's social media shade is a reminder that while it’s amazing that brands are representing and celebrating women of all colors, hair textures, and backgrounds, it’s still not enough. "Thanks lady for NOT taking no for an answer," one user wrote under Graham’s post. "And showing the world that beauty comes in ALL shapes and sizes!"