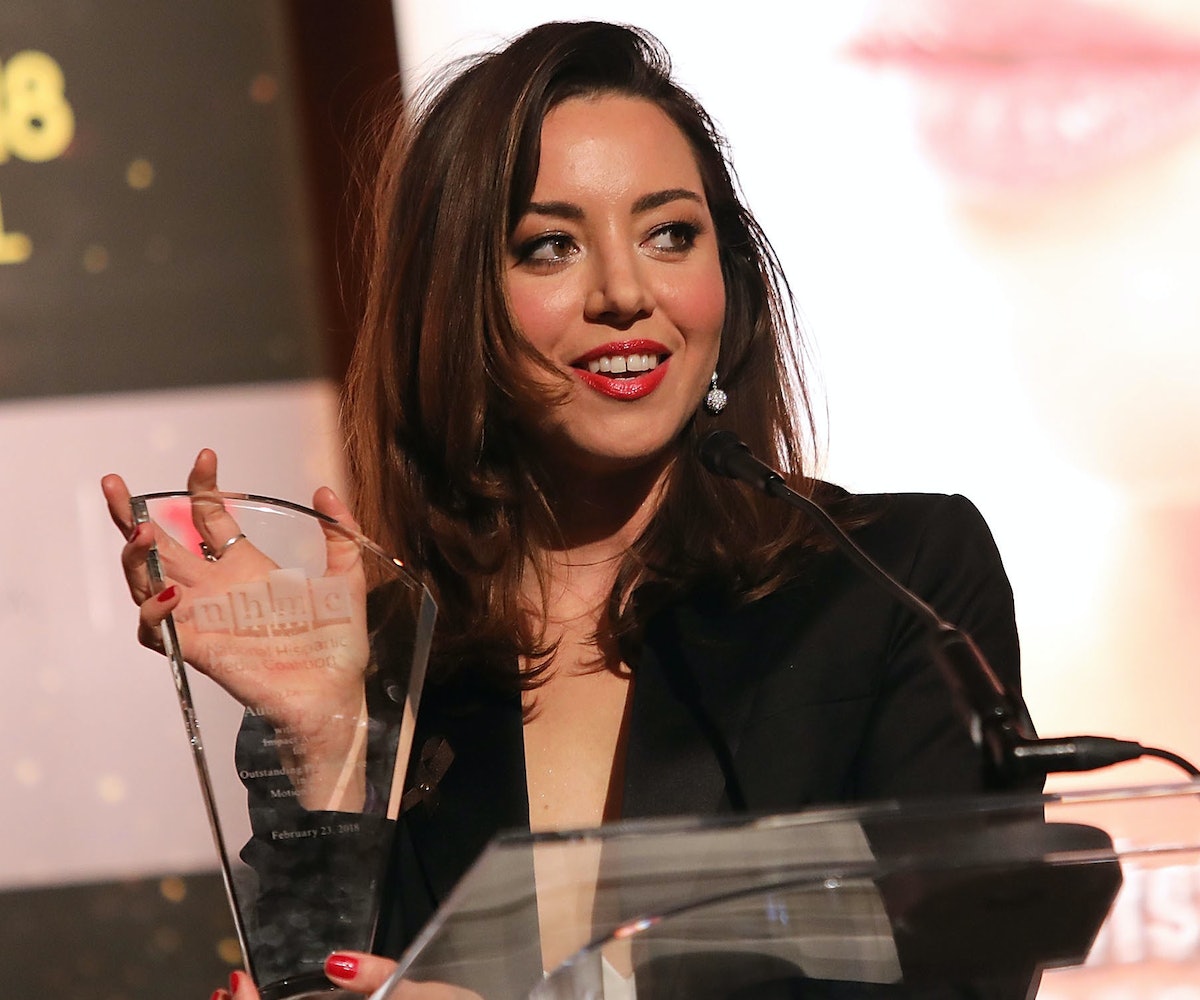 Aubrey Plaza was honored for her performance in the twisted, social media influencer satire Ingrid Goes West at the National Hispanic Media Coalition's 21st Annual Impact Awards on Friday and used her platform to make an important point about Latinx representation, or rather the lack of it, within Hollywood.

The actor-comedian, who is half Puerto Rican, called out the Academy in a pointed way, saying, "I’m going to accept the leading best actress award on behalf of the Oscars ceremony because I heard a fun fact tonight that I never knew before, which is that no Latina actress has ever won best actress at the Oscars. Ever. So I’m going to accept that tonight to manifest that energy.”

Plaza also joked that while Ingrid Goes West wouldn't win, they'd get there eventually when she plays "some kind of psychotic character, some kind of criminal lunatic; those complicated characters I’m good at, and I’ll do that for you. And I’m going to win that award.”

The award ceremony which, according to Variety, is "an event recognizing the activism and screen work of prominent Hollywood Latinos and their allies," was held a little over a week before Sunday's 90th Academy Awards. And this year, the NHMC have switched their focus from television to the film industry, with a protest scheduled the day before the Oscars to highlight the lack of Latinx people in lead and speaking roles.

As the most recent report from the Motion Picture Association of America indicates, "Hispanics continued to be overrepresented in the population of frequent moviegoers relative to their proportion of the overall population." According to the data, Latinx people make up 18 percent of the U.S. population, but they accounted for 23 percent of all movie tickets sold in 2016—in a medium where they are rarely afforded speaking roles or big story lines.

But as NHMC President and CEO Alex Nogales told Variety ahead of the Impact Awards, “Tonight is a show of people that are working in film and television."

"This is about celebrating them and pushing the studios and pushing the film industry to do better," he continued. "They should be ashamed of themselves for not utilizing these wonderful actors here tonight and across the nation.”