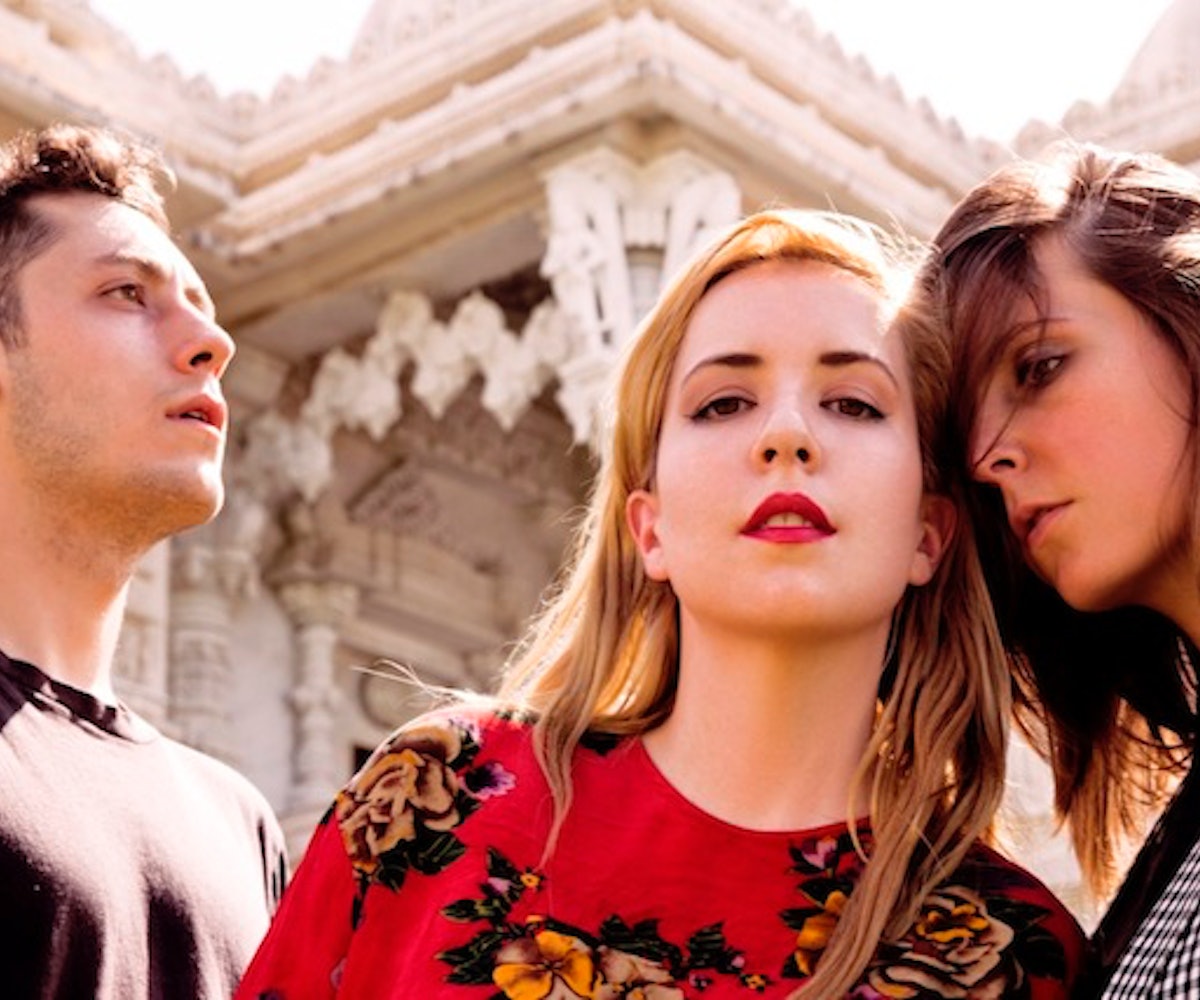 No matter whether they're singing soaring anthems like "Lose It" or dense, layered gems like "Habitat," one of the things we love most about Austra is the fact that the Canadian band makes music so otherworldly, it sounds straight from outer space. The same holds true for covers, clearly, as Katie Stelmanis and co. have just released a cover of Duran Duran's 1986 track "American Science," and it's about as far from the original as you can get. Which, in this case, is definitely not a bad thing at all....in fact, it's pretty damn great.

They've injected the Notorious jam with a twisted, gloomy vibe thanks to an electro-pop foundation and Stelmanis' soulful vocals. Suddenly, lyrics like "Such a lonely place, ooh, this room without your face, ooh" take on a sultry new meaning. The single is the newest off of the upcoming Duran Duran tribute project entitled Making Patterns Rhyme: a tribute to Duran Duran, which features covers from Warpaint, Little Dragon, and more. You can grab the whole album when it drops in August, but for now, listen to Austra's take on "American Science" below.