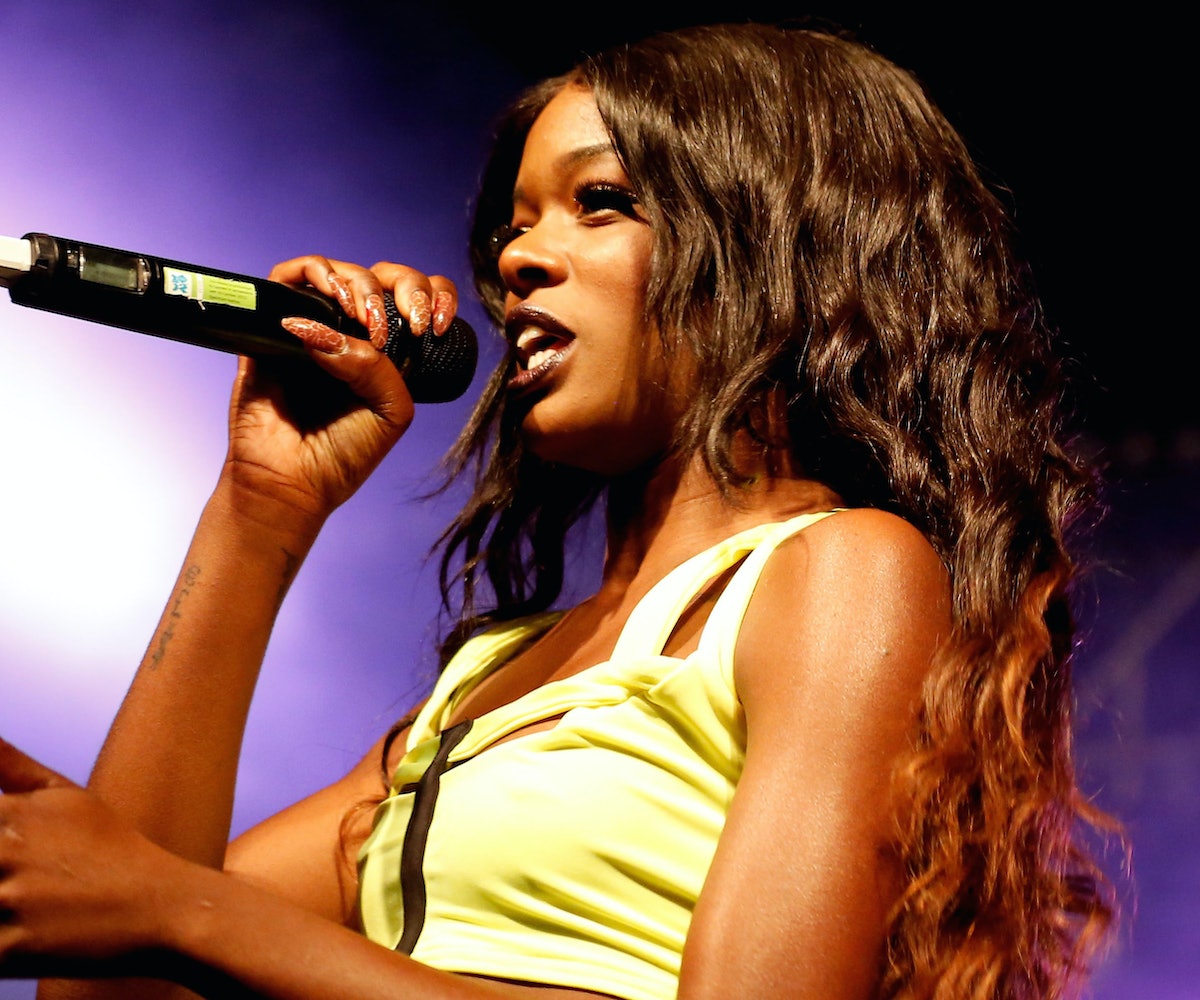 Azealia Banks says she was roofied and raped.

On Saturday night, Banks took to her Instagram stories to talk about the alleged incident in a series of emotional posts. According to TMZ, she said, in an audio, that she and her alleged rapist were hanging out when "one thing led to another." She says she was "low-key raped" after the man pressured her into having sex.

"I’m just really realizing this rape, men can just prey on you and just fucking like badger you and force you to say yes, to the point where you feel like you gave consent. But you didn’t give shit," she said. "You never wanted to do shit, and then there you are just feeling fucking powerless." She also said she was going to delete all her social media accounts.

"I just feel really dumb, because it was partially my fault, you know, and I’m just like sitting here like feeling fucking low and shit," she said, also sharing that she just wanted to make sure she felt safe. "I feel like such a dummy, I just want to fucking disappear right now. I feel really bad. I don’t think I’m going to be putting out more music. I gotta just take some time and figure out what just happened."

According to TMZ, Banks later hinted that she was drugged, asking in the text post, "What is Even in a roofie? I've never felt that type of intoxication in my life." She also added that she was now being looked after and said she'd still be performing later that night.

That said, it should be noted that being drugged and raped is never the survivor's fault. We're sending our best to Banks.

If you or someone you know is a survivor of sexual assault, you can contact the National Sexual Assault Line at 1-800-656-4673 or via online chat.