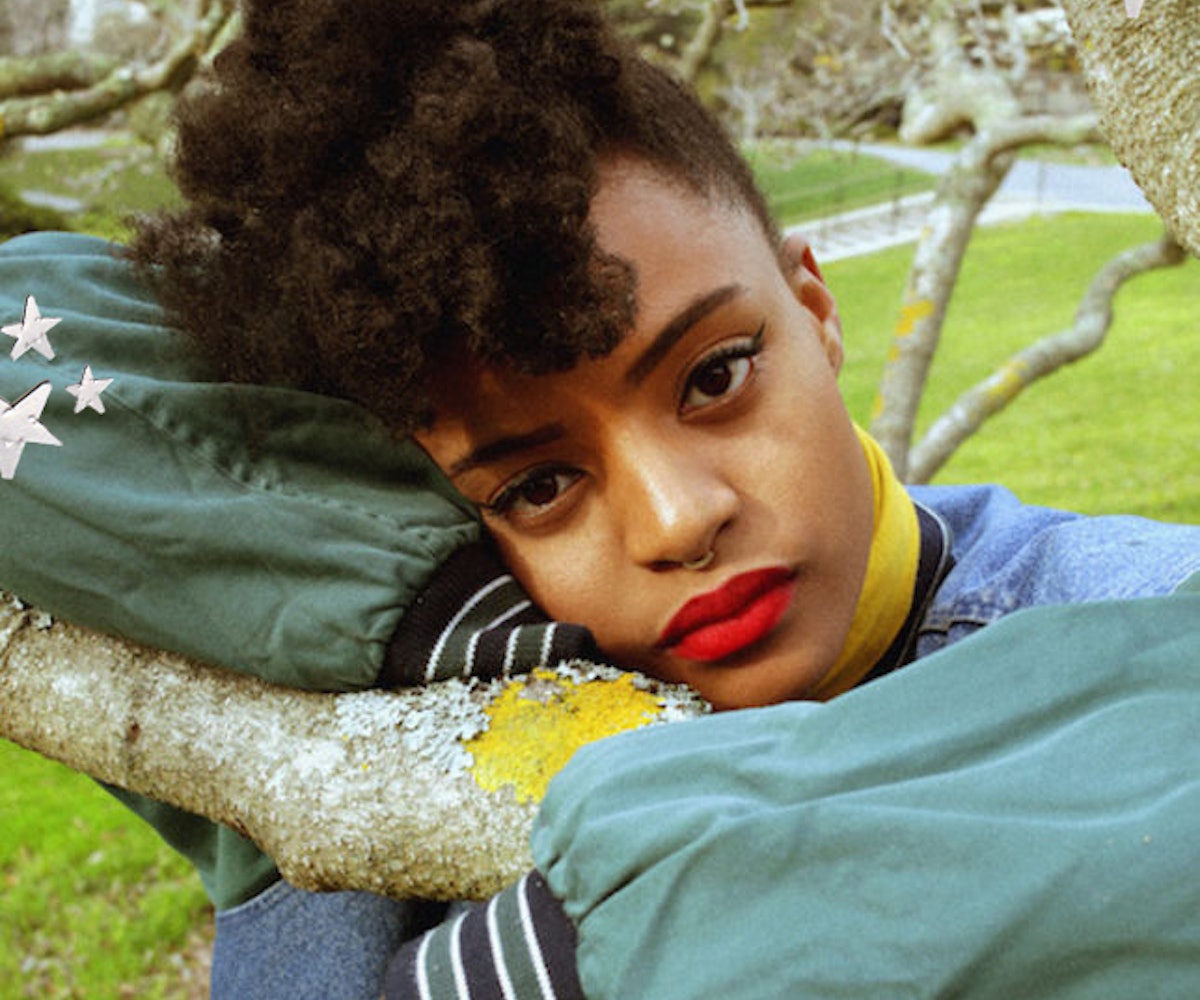 Azha Luckman is a "millennial 22-year-old trying to survive." Based in Oakland, California by way of Sacramento, her many occupations include photographer, creative director, barista, and college student. On the Internet, she's well-known as one half of Shade Magazine, a multimedia space for emerging artists—and a coven for creatives of color. For Luckman, it was important to create that safe space.

"I spoke to Apryl [Fuentes] about people's need to label my personality with being sassy as if it was kitschy and cute," Luckman explained. "We really just wanted to discuss identity and what it means to be a woman of color in a predominantly white and male world. As a black woman, I wanted to make Shade Magazine a space for me and people like me. Whether that is black folks, brown folks, disabled folks, queer folks."

Get the full picture on Luckman's story in the interview, below.

I try to just tell myself, now at this point, that I can do whatever I want. I just need to follow through, and be relentless with my vision and creative abilities. Hard work really pays off. While maneuvering the art world I am hyperaware of my identity. Not only am I black, I’m a black woman. People like to label us, black women, and box us in. Society wants to dictate what is acceptable and unacceptable for us to do with our bodies, and it's been like that since times of slavery.

I keep that in mind. I know that I want to break barriers for myself and for other young black, women, trans, queer, nonbinary identifying people. Blackness can, at times, make one feel isolated—you see how folks perceive you before you even speak. I think, as a black woman, I make sure that everything I do is well executed and on point because of how I’m perceived. I know I have to try harder because of discrimination, and [because of] the views and tropes that are pushed onto me as a black woman.

Getting back into college when I got kicked out. I have a learning disability and school isn’t something I am fond of. I got kicked out for having an F in remedial math classes for my general education courses. Ever since I got back into school, I swore I would never feel that way again. I beat the odds, and I try not to play negative tapes in my head about how I can’t do well or succeed.

Blackness, AAVE, and being a black woman (or rather the fun parts of us that people would like to borrow, like the stereotype of our attitudes, hairstyles, and body shapes) are hella popularized right now. The reality is that being black is hard. Growing into my black identity was difficult because I am constantly being told by society that blackness and black women aren’t beautiful, successful, or worth protecting. College is where I really grew into my black identity. I took a black feminism course and discovered so much about myself. I am growing into my black identity daily, to be honest, constantly stopping these negative tapes in my head, and constantly decolonizing my mind.

As a child I loved music. My iPod shuffle was hella important to me. I would listen to anything from Missy Elliott’s "The Rain," M.I.A.’s "Galang," Kanye West’s

, Biggie’s "Hypnotize" to ABBA and Prince. Another thing that inspired me as a child was hope. Hoping that things would get better. Being alone, in school being bullied, being an only child has a lot to do with the way that I am today. I was always very internal and constantly daydreaming because I had no one to talk to or people didn’t want to talk to me. I was constantly trying to think. “Where do I want to be? I know that right now sucks but who do I want to be?” and I’m still trying to be her—the “me” that I imagine. I’m still working on that daily. Now, I get inspired by random things like the way the light from a neon sign reflects off a puddle in the street, at night, while I’m walking around in San Francisco.

I am inspired by my past self. November

in 2015 was lit AF. I will actually go into my own blog archive and be like, “Damn

this was hella cool.” Also, my mom was really cool. She had bright red, Kool-Aid colored, short, permed, faded hair. She always listened to Missy Elliott and Aaliyah. The '90s is an era that I will never forget. Reasons for how I navigate my blackness stem from my childhood. Being an only child, with two parents who were separated, raises a type of person. My mom and dad were young when they had me, so them both being in my life, but being young, had a heavy influence on me. My dad would listen to A Tribe Called Quest, Souls of Mischief, and Dead Prez. All of these things encompass and are the reason why I am who I am.