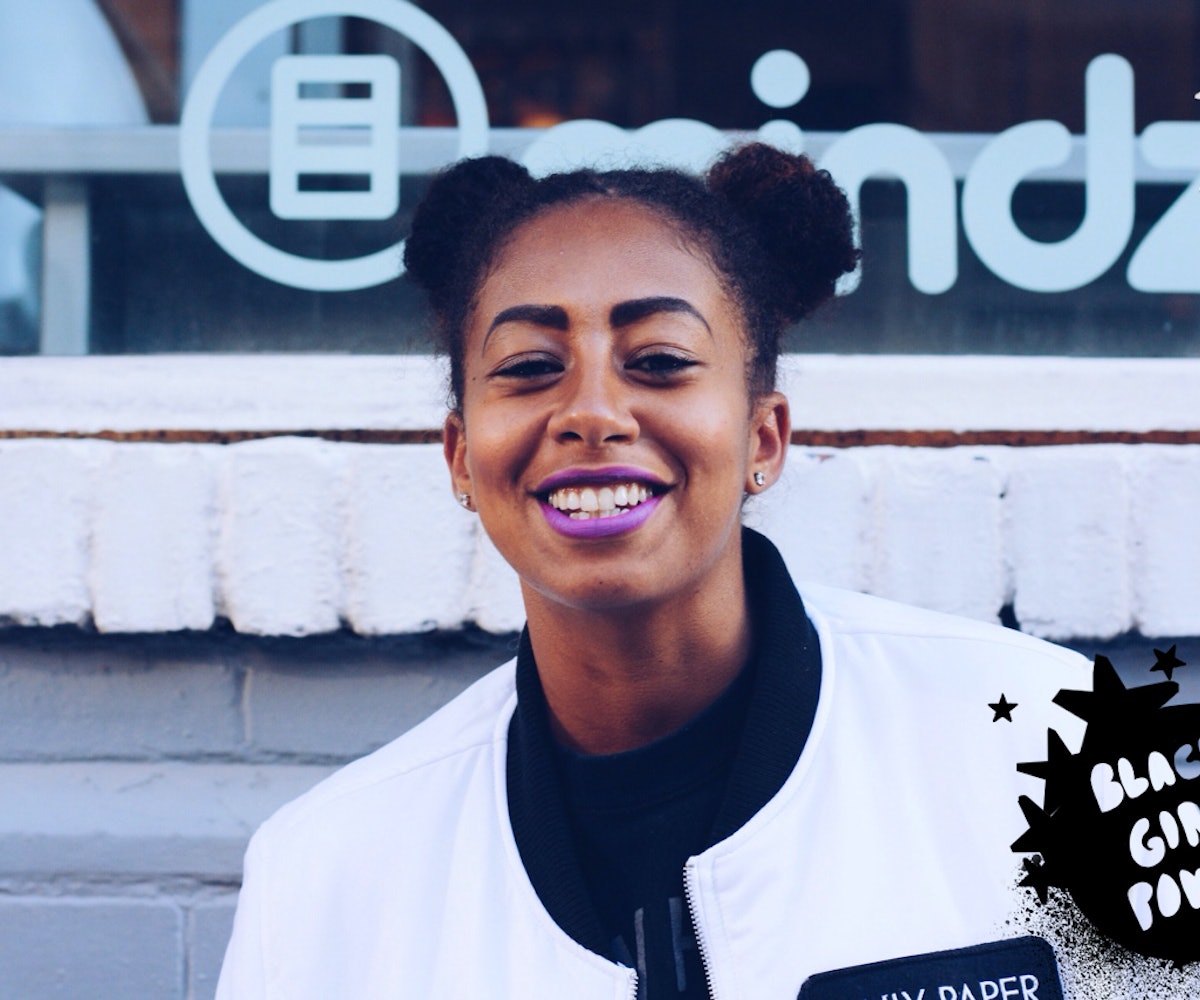 If you're an avid reader ofThe FADER, thenyou're probably familiar with the work of Rawiya Kameir. In addition to writing some of the most engaging profiles on some of today's most interesting acts in music, the senior writer pens deep reads on culture. (A few of my personal favorite features that she wrote this past year were "How Waist Trainers Became The Biggest Thing On Instagram" and "This Radical Thesis On Twerking Will Change Your Whole Outlook On Life.")

Whether Kameir is examining the ways in which people interact and engage online, reviewing the latest releases from artists like Beyoncé and Rihanna, or fleshing out an essay about a personal experience, every single word will have you nodding your head (most likely in agreement) with her. She's interviewed everyone from members of OVO to YouTuber Scola Dondo. This month, Kameir published her first ever cover story on Davido for The FADER's Global Issue.

None of this was a part of Kameir's original plan though. Like any postgraduate college student, Kameir was on the hunt to find a full-time job, but found herself empty-handed. Instead, she decided to enroll at Columbia University to get a master’s degree in journalism.

"After Columbia, I did a few things here or there, often writing for free, but my first real job as a writer was when I moved to London and wound up working for a company that owned several tech sites," says Kameir. "I wrote about things that I already knew a fair bit about—social media, mobile phones, music streaming, and technology—and things that I knew absolutely nothing about—servers, processors, Internet regulation, and EU policy. I did that for a year and, even when I hated it, I learned a whole lot."

From there, she wound up moving back to Toronto and started freelancing. "Pretty much all of my freelance gigs came from friends, friends of friends, or editors reaching out based on things I tweeted; all of that work led to more work," Kameir explained. "Which was nice, because I like to think it means the stuff I was publishing had some merit, but mostly it was nice because I’m horrible at cold pitching and did very little of it. I regret that!"

And now here she is, shaping the culture that we live and breath. It's almost hard to believe that Kameir has only been writing about music and culture "for real-for real" for about three years, but time doesn't measure talent. Learn more about Kameir in the interview, below.

I try to maneuver it how I maneuver the world in general: by doing the work, by treating others with kindness and respect, and working to earn their kindness and respect in return. But, as in life, there are boundaries I’ve had to establish, and I approach things prepared to speak my piece or turn down assignments if they make me uncomfortable. I remind myself that being a black woman means I have a perspective that most of the people I work with do not have. For all of the structural obstacles, being myself is an advantage.

Could you describe a moment where you felt like you defied the odds/broke a barrier?

When I was covering tech, I was once sent on a press trip to Prague to visit the headquarters of an antivirus software company. I think I was 24 or 25 at the time and I remember walking into this conference room full of middle-aged white men—the executives, the programmers, and also the other journalists on the trip. I think the only other woman there was the PR rep. It wasn’t so much that I felt like I defied any odds. I just remember, not even intentionally, writing in the margins of my notes some of the things that made me different from the men in that room: black, Arab, woman, Muslim, African, immigrant, young. Those are a lot of things to have working against you, so to speak.

I was in born in Sudan and lived in Côte d’Ivoire until I was 15 (and in Egypt and Tunisia until I was 17). Racial identity in all of those countries looks different than it does in the U.S. For me, I think in part because of my father’s politics and because I was raised to be sensitive to the role of race in the context of the Sudanese civil war, I always identified as black; until very recently, I rejected the Arab part of my culture and background because I felt uncomfortable with it.

But the idea of what it means to be black—I internalized a lot of that from being rap obsessive, from mainstream black culture in the U.S. as it spread to Africa through movies and TV shows, from reading extensively about American history which we studied a lot at my school. As a kid I always was drawn to politics, and the literature that was available to me was about Americans: Huey P., Assata Shakur, Angela Davis. I’m not African-American, globalization made American blackness feel like the dominant and most acceptable form of blackness, so it wasn’t until I was 16 or 17 that I realized it was okay to have a black identity separate from that. God bless all the lil’ babies these days who have the Internet to teach them that at a way younger age.

I looked to my parents, to my family, to the parents of my friends. My mom went to college when she was 14 and had completed her PhD when she was 23. She’s a genius and has hella professional achievements, but she’s also kind and generous, and very, very cool. Her dad, my late grandfather, too, was always an inspiration. A brilliant man who until his death was active in intellectual circles and always writing, reading, and thinking.

But the real inspiration was that they, as well as my dad, always believed that there could be peace after war, that the world could become a better place, and that we had some sort of social duty to help it get there. They inspire me always, but today I also look to my friends and to all the brilliant Tumblr teens.