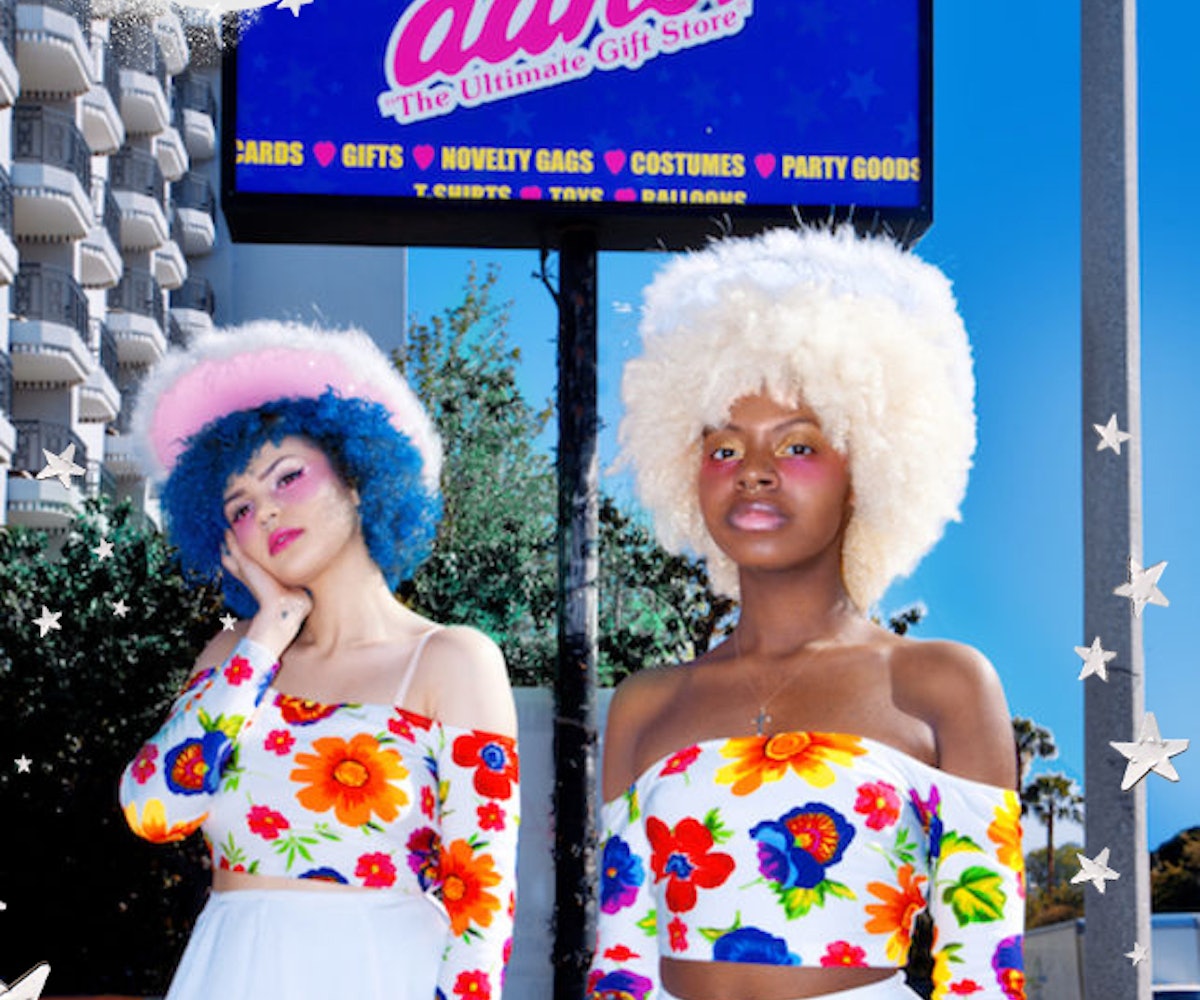 Photographed by Charlotte Rutherford via The Isis Nicole Magazine

Barf Troop is a badass rap collective that speaks their minds the best way that they know how—on the Internet, through music. Comprised of Babeo Baggins, Babe Simpson, Babe Field, and Babenstein, the twenty-somethings like to say that their group is a healthy rival of Odd Future. Barf Troop has been a thing since they were teenagers that randomly found each other in the depths of Tumblr. All four members refer to themselves as "babes" because the term is gender-neutral, and they are both nonbinary and cisgender artists. In an interview with NOISEY, Baggins said that the group is all about boys and girls respecting each other.

"Music has always been a huge part of all of our lives, but we had never really created and shared our own songs before joining the group," they explain. "Our efforts were made by collaborating through Skype calls and instant messaging. Our creative process is visualizing concepts and ideas, and carrying them through."

Last year, Barf Troop even had the opportunity to make a guest appearance on their friend Jaden Smith's Apple Music Beats 1 show "MSFTS Frequency." If that didn't stop you in your tracks, know that one of their biggest supporters is also Drake, so no big deal. To top it all off, Simpson and Baggins racked up their first magazine cover in the fourth issue of The Isis Nicole Magazine. These women are going places, and instead of trying to beat them, you should join them as they continue to break down gender stereotypes.

Read Barf Troop's take on the industry and about moving forward in the interview, below. (While you're at it, listen to all of their discography here.)

How do you maneuver your industry as black women?

Our experiences as collaborators are all unique being different shades and identifying differently. While one of us is constantly treated as an exotic creature for being lighter, the rest of us carry the burden others place on us of “bridging the gap” while being seen as less than our counterpart by the outside world. We are denied agency and our gender identities all day long by people we consider to be “more like us” and people who are far from it. We try to be very careful moving in male-dominated spaces because they will take any chance they can to discredit us. We work very hard to stay clear in our visions, work ourselves up to a position of power to be able to make power moves of our own, and let everyone know the reason we are in this space. We are here to create and provide a perspective into a world that isn't seen enough. So to answer your question, cautiously but clearly.

Trial and error. Growing up being yourself, then being faced with adversity and being told you have to perform certain ways or that you are more or less black, changing your attitude, action, and body, only to come back and find out there’s no right or wrong way to be black and that there’s no way to deny the ethnicity and truth you’re born with no matter what others have to say. Babeo has stated that growing up as a mixed child with a white family, they’ve endured lots of racism, became more connected with the black community, and finally felt like they had a family and belonging after being welcomed with warm arms by other people in a way they never been [while] being surrounded by white people.

The outside and unknown have always been huge influencers. Knowingly and unknowingly, exploring foreign territory will teach you everything you need to know about yourself through starting at the beginning and learning all over again. A lot of melodic ideas come from time spent alone and having ideas pop up. Lots of trying to recreate everyday sounds and emotional feeling with instruments.