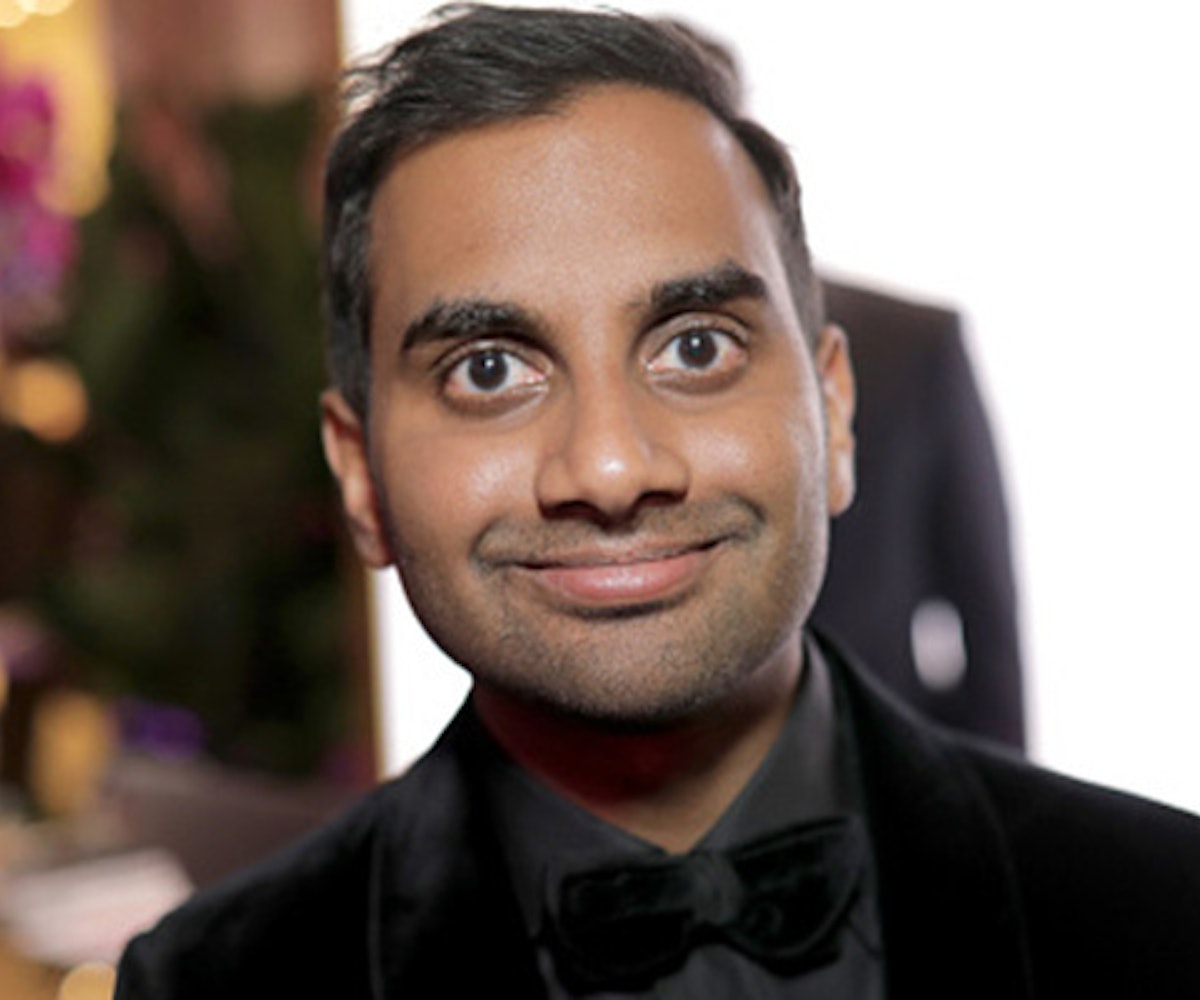 A 23-year-old photographer opened up to Babe about a date she went on with comedian Aziz Ansari, which she claims turned into the "worst night" of her life. What she describes is an incredibly uncomfortable sexual encounter with Ansari, during which he ignores verbal and non-verbal cues that she doesn't want to keep going. Ansari, who won a Golden Globe wearing a Time's Up pin last week, hasn't responded to the allegations.

“He probably moved my hand to his dick five to seven times,” the woman, who goes by Grace in the story, told Babe. “He really kept doing it after I moved it away.”

She and Ansari went on a date last September after meeting at an Emmys after-party. After what she describes as a quick dinner at an oyster bar in New York City, the two went back to Ansari's Manhattan apartment, where Grace claims things escalated quickly. “In a second, his hand was on my breast," she said.

When he went to grab a condom, “I said something like, ‘Whoa, let’s relax for a sec, let’s chill,'" Grace said. But Ansari was persistent and resumed kissing her and then they performed oral sex on each other. “It was really quick. Everything was pretty much touched and done within ten minutes of hooking up, except for actual sex.”

Grace claims Ansari repeatedly put his fingers down her throat in a move she dubbed "the claw." When she tried to distance herself, she says he wouldn't let her move away from him. “It was 30 minutes of me getting up and moving and him following and sticking his fingers down my throat again," she said. "It was really repetitive. It felt like a fucking game.”

Despite indicating she was very uncomfortable, Ansari was relentless. “Most of my discomfort was expressed in me pulling away and mumbling," she said. "I know that my hand stopped moving at some points. I stopped moving my lips and turned cold.”

When Grace told Ansari she wanted to go on a second date before they had sex, he poured a glass of wine and asked if that counted. He then continued to try to sleep with her, until she eventually went to call a car. Ansari insisted on getting one for her and told her to tell the driver her name was "Essence."

The following day, Ansari texted Grace as if he had no idea anything was wrong. “It was fun meeting you last night," he wrote. Grace then confronted him about how she felt.

“Last night might’ve been fun for you, but it wasn’t for me. When we got back to your place, you ignored clear non-verbal clues; you kept going with advances," she wrote. “I want to make sure you’re aware so maybe the next girl doesn’t have to cry on the ride home.”

“I’m so sad to hear this,” he replied. “Clearly, I misread things in the moment and I’m truly sorry.”

Grace told Babe that it took her a while to "validate this as sexual assault." She spent a lot of time "debating if this was an awkward sexual experience or sexual assault," she said. "And that’s why I confronted so many of my friends and listened to what they had to say, because I wanted validation that it was actually bad.”

She added, “I believe that I was taken advantage of by Aziz. I was not listened to and ignored. It was by far the worst experience with a man I’ve ever had.”

As Katie Way points out in her piece for Babe, Ansari wrote a best-selling book, Modern Romance, dedicated to sex and dating, so it's surprising that he would misread this woman's cues so badly and continue to insist on having sex when she clearly didn't want to. What may have started as consensual clearly turned into something else.

And while it's good that Ansari at least apologized and explained that he misread the situation, it's depressing how common his behavior is. Too many people found Grace's story to be painfully relatable—especially the feeling of being emotionally and physically checked out, when the man doesn't notice or care.

The worst part of this story is that too many men, including Ansari, think that a woman's boundaries are meant to be tested rather than respected. If she says "next time," or "let's relax," that isn't an obstacle for you to overcome. This isn't a game. It means you should relax, and if you're lucky, there will be a next time.