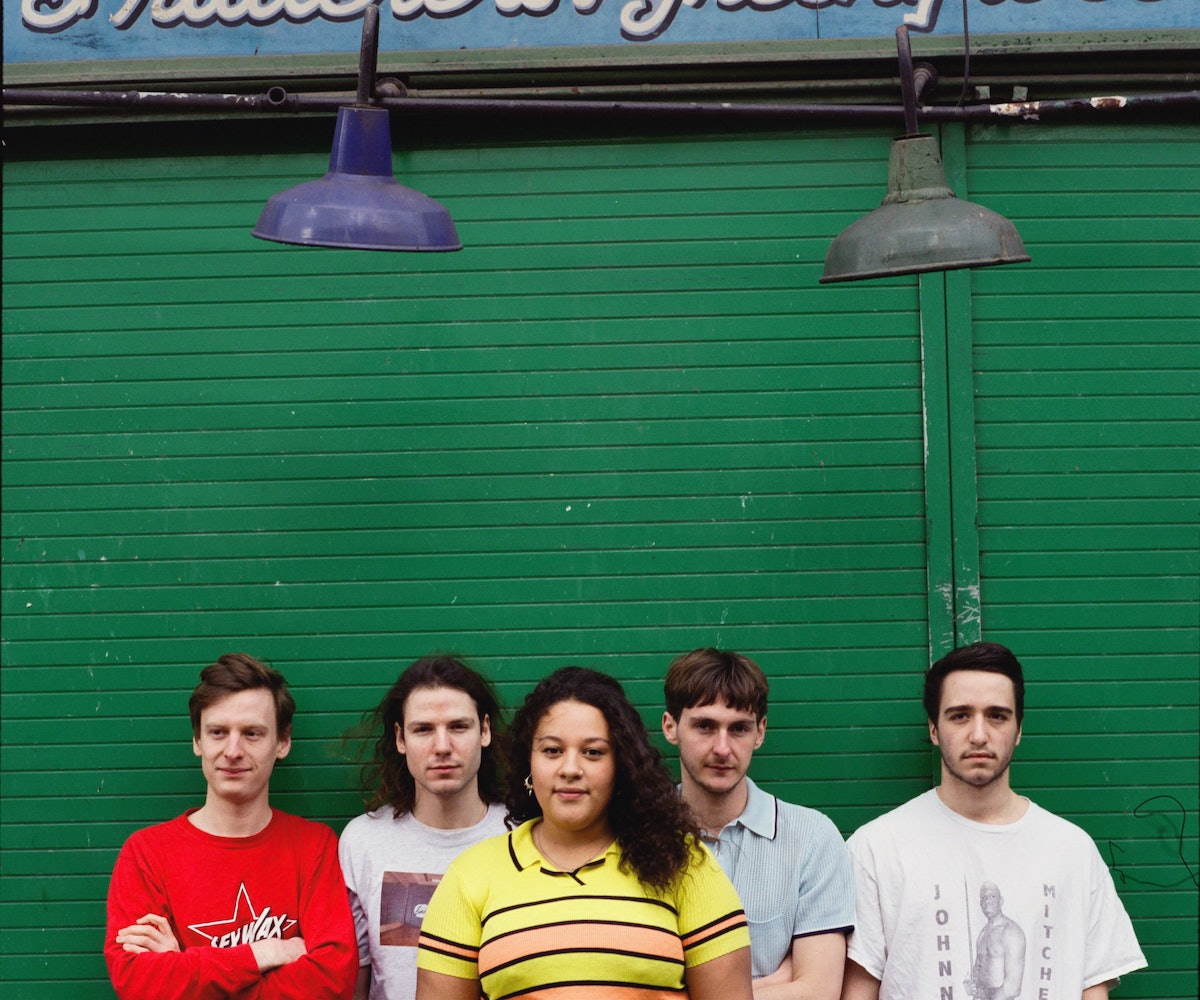 Music videos are becoming a lost art form. If video killed the radio star, the internet—and everyone’s subsequent pea-sized attention spans—has murdered the video. Beyoncè’s Lemonade is the very forceful exception, but, for the most part, gone are the days when you would gather as a group to watch the visual for your new favorite song. Countdowns, made popular by TRL and 106& Park, are so very far in the past, it’s hard to remember their appeal. Needless to say, news of music video premieres don’t excite us in the same way they used to—audio is usually sufficient. But British band Babeheaven’s latest video, “Moving On,” is here to revive the platform.

Directed by Tegen Williams, Raf Fellner, and Frank Lebon, the video shows the quintet’s lead singer, Nancy, moving through the west London streets. Juxtaposed next to her traveling scenes is the story of Johnny Mitchell, an old friend who had his house taken from him by the council. “[Johnny] asked us to help him with making a film about [his story], so we agreed and asked if he would be up for it to coincide with the other narrative in the music video,” Williams tells us. The hauntingly beautiful song that acts as a soundtrack outlines the different stages of a relationship: from the honeymoon to both partners losing themselves and the panic of wanting your original self back. How do the two relate? They don’t, exactly. Williams says the video is meant to confuse but also to challenge.

“We thought about moving through different stories and identifying seemingly invisible links that carry us from moment to moment,” he tells us. “It’s about what we hold dear to us—what we find important. In a world of vacuous pop, there’s a truer story being told here, that if we look close enough [at], will resonate with us all.”

Williams tells us the intersection of stories is also a way to tap into that short attention span we mentioned earlier. “It’s a good representation of the times we live in because information is much more widely available making it harder to stick with one story,” he says. “So even though music videos are only three minutes, the more things going on, the better it is.”

But he emphasizes that the focus should be on Mitchell “fighting for his life against the powers that be.” If you take anything away from the video, Williams hopes it’s this: “Tomorrow is a new day. Change is as good as a rest and, most importantly, Johnny Mitchell won’t give in.”

Also that the song is really, really good. Check them both out for yourself below.