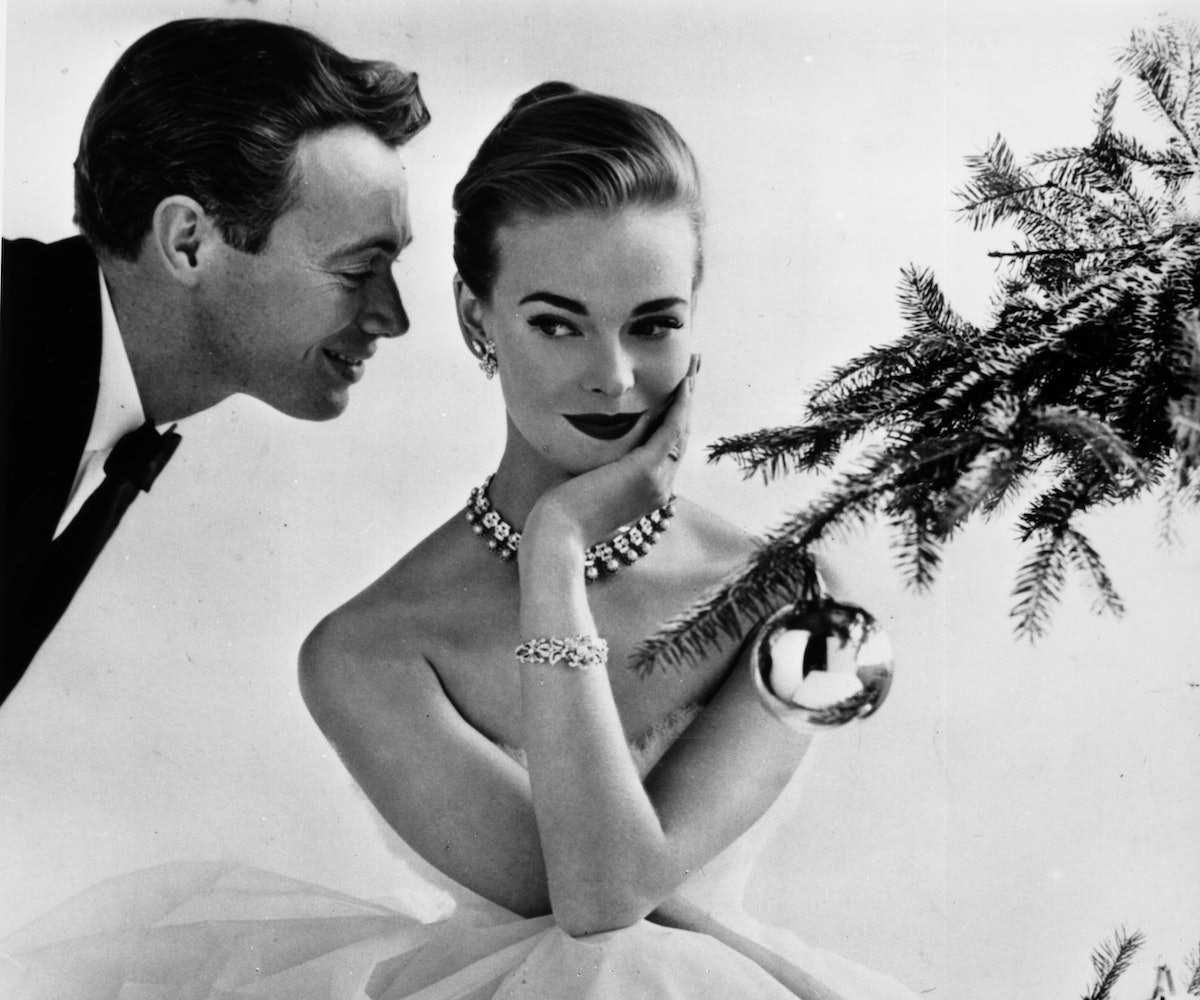 We're living in strange times right now, times in which it's impossible to know what is and isn't safe to like. This terrible year called 2016 has made it basically unsafe to feel true affection for all sorts of things we once loved. For example, Taylor Swift? Hisss. But then also, Kanye West? Yeah, not so much anymore either. Amy Schumer? Loveable Olympic goofball Ryan Lochte? Nope! The vast majority of white men and women in America who live outside of major metropolitan areas? Bye.

It's sad saying goodbye to things we once loved, but it's important to have principles, you know? Happily, 2016 offers a silver lining of sorts when it comes to the redemption of at least one thing we love. And that thing? Classic holiday song "Baby, It's Cold Outside." Look, if you're like us and don't have a heart made out of coal, you enjoy hearing holiday music during the season. And "Baby, It's Cold Outside" is a particularly fun one for several reasons. First, it's relatively easy to sing (especially for a holiday song), making it a non-embarrassing choice to sing along with in public. Second, the lyrics are super easy to remember; hear them once or twice and just try not to have them worm their way into your head. And third, because it's a duet—in which a man and woman debate whether or not the woman should leave the man and head home after a night of frivolity—it's fun to sing with a friend and so is just that much more engaging. Basically, what's not to like?

I'll tell you what: Date rape. In recent years, this song has been analyzed (and overanalyzed) again and again, and the common consensus reached is that it's "icky at best, at worst reprehensible." This type of assessment is... dramatic at best, and at worst is the trivialization of date rape. Let's take a quick look at the lyrics of the song: While, yes, it's true that it starts off with the woman saying that she really ought to go home and the man asking her over and over to stay, it is also true based on the classic and consistent delivery that the woman is searching for a way to stay and simply running through the list of ways in which the patriarchal society—which 100 percent includes her bitter, suspicious old maiden aunt!—will frown upon the idea of an unmarried woman spending the night at a romantic partner's home. (The horror!) And yet, unless the listener is completely devoid of the ability to ascertain nuance in text, it would be impossible not to understand that the man and woman are simply engaging in a level of flirtatious banter; they both want to spend the night with one another only, as was recently pointed out by Jake Brandman, the woman isn't allowed to say so because of society holding her down.

But, like, fuck society! This song shouldn't make anyone angry at the man singing it; it could theoretically make listeners angry at all men, although that sounds pretty exhausting and, frankly, we've come a long way since the song was written in 1944 (or have we??). Maybe, then, instead of getting upset at the complications inherent to people flirting with one another, we should all just relax and enjoy this song. Or maybe listen to another holiday song? After all, Mariah Carey's "All I Want for Christmas Is You" is actually the greatest Christmas song of all time, and as far as I know, there've been no hot takes on the internet about it. Just, you know, stay away from Kanye for now. Stay far away.