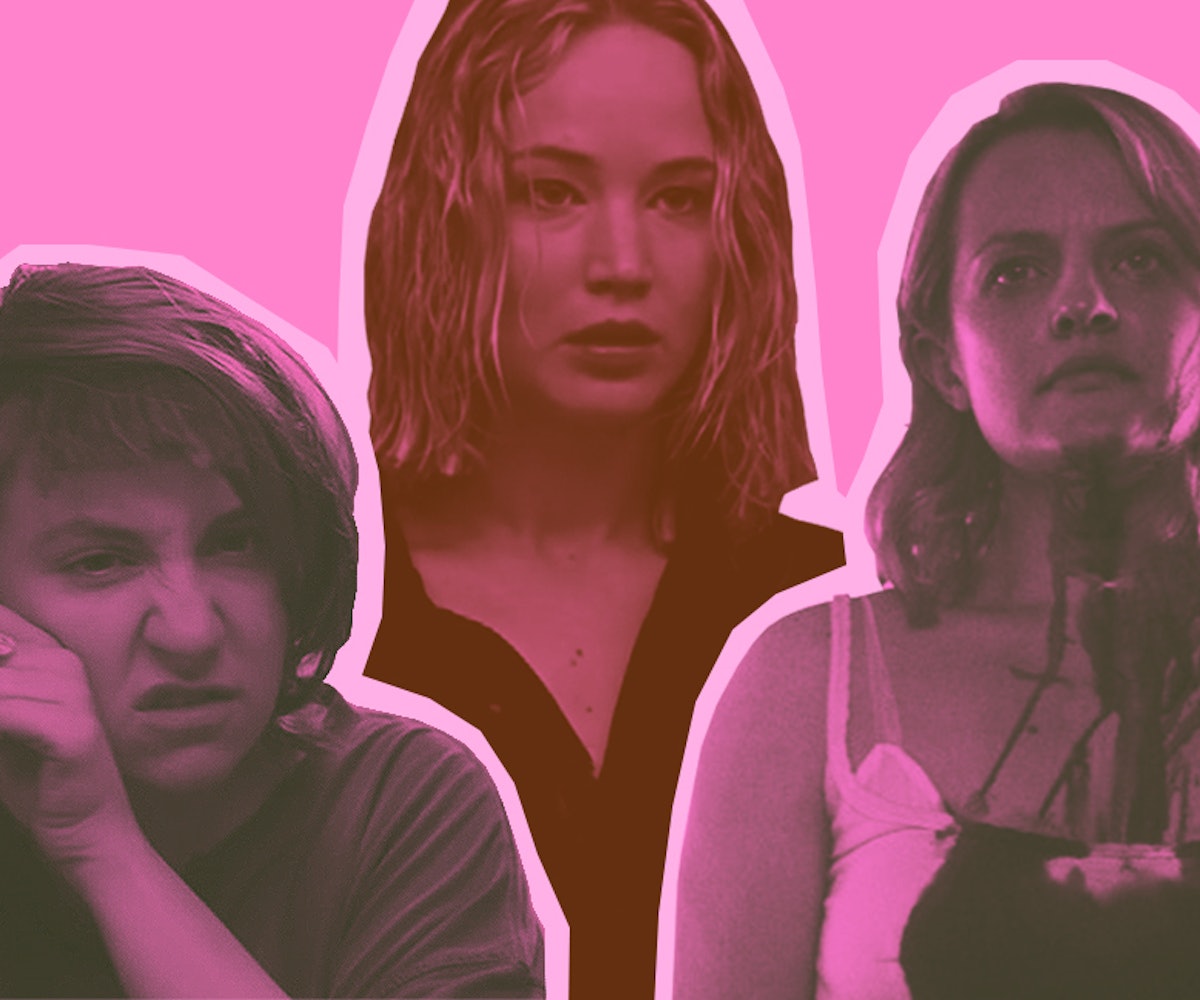 One of my family's defining rites of passage is a perhaps untraditional one: chopping off all our hair when times get tough. It has become a marker of periods of emotional instability and our incredible resilience when facing those times. In the late '90s, after my dad unexpectedly died, my mother chopped off her unruly black curls and opted for a cute pixie 'do. When my brother finally had the courage and strength to end a years-long emotionally abusive relationship, he buzzed off his lob-length locs. And when I was fourteen, after being bullied in middle school, I joined in on the action and cut off half of my hair.

I'm grateful there aren't any photos from that period, but I do have the vivid memories of it. I remember standing there, in our tiny bathroom, which seemed to get smaller with every passing minute, staring at myself, and shaking like a small dog caught in the rain. I'm not sure where I found the strength to actually take the scissors and make that first snip, but soon enough the deed was done. Soon enough, I realized I had made a horrible mistake, and, with sheets of tears streaming down my face, asked my mom for help. Equal parts angry and empathetic, my mom drove me to our hairdresser, where I made the tough but necessary decision to cut off the rest of my hair. It wasn't until college that I saw another hairdresser again; I'd felt so traumatized while sitting in that chair, women staring at me with pity as I revealed what I'd done to myself while in pain.

The experience of cutting off your hair when going through difficult times is not unique to my family, of course; I was reminded of this recently when watching the second season of The Handmaid's Tale, during which Elisabeth Moss' Offred cuts her hair—amongst, spoiler, other parts of her body—in a fit of defiance and hurt. Immediately, I turned to my boyfriend, who was cringing from seeing Offred's bloodied body, and said, "Okay, so June must have studied at some sort of beauty school in a past life. Just look at that lob!"

So, look, here's the difference between an emotionally driven self-haircut at home and one on-screen: In television and film, these self-chops are almost always executed perfectly. (One notable exception is Lena Dunham's Hannah Horvath in the second season finale of Girls.) Like, in Insurgent, Shailene Woodley's Tris gives herself not only a stylish pixie cut, but highlights, too! But leaving aside the low-key annoyance I feel at seeing these perfect lobs, I love witnessing other people cut their hair off in a fit of emotional rage. And I'm not alone.

"I think that watching someone shave or cut their hair can be emotionally evocative if not cathartic for someone if the cutting or shaving is an action that encapsulates the emotion they themselves are feeling and wishing/longing to express," says Annie Wright, LMFT, owner and clinical director of Evergreen Counseling. "For example, if someone is feeling trapped, angry, and wants to lash out themselves, seeing someone on a movie or TV or even in real life take a dramatic transformative action like spontaneously cutting off or shaving their head can provide an external symbolization of the feelings they themselves may be feeling but can't or won't express. Moreover, hair is an ancient symbol of strength, virility, and power, and the act of shaving or cutting it off can also be powerful symbology at an almost unconscious level for someone witnessing it."

Though, Wright notes that it's not as simple as just saying that these scenes have therapeutic benefits. "Watching these actions can, in my opinion, be emotionally supportive for some people if they are going through an emotionally challenging time," she continues. "However, it's also possible that watching someone cut off or shave off their hair could also be triggering to some people. The responses will be unique to the individual and what they are going through at that time, but very possibly, some people may feel empowered and feel emotional relief from watching an action like this."

If you're feeling inspired by fictional or IRL events to give yourself a Summer of Rage hair makeover, there's some things to keep in mind. According to Cutloose owner and hairstylist Siobhan Benson, your best bet might be to go for a straight-up buzzcut to avoid any uneven hair nightmares. "I think the most realistic, easy-to-do self-cut is just full on head shave like in Empire Records," she says."As a professional I don’t recommend it, but people should do what they need to do! I hear it's liberating! I never want to stop anyone from doing what they want or to make a change. I would just wait until you're in a calm place to do so."