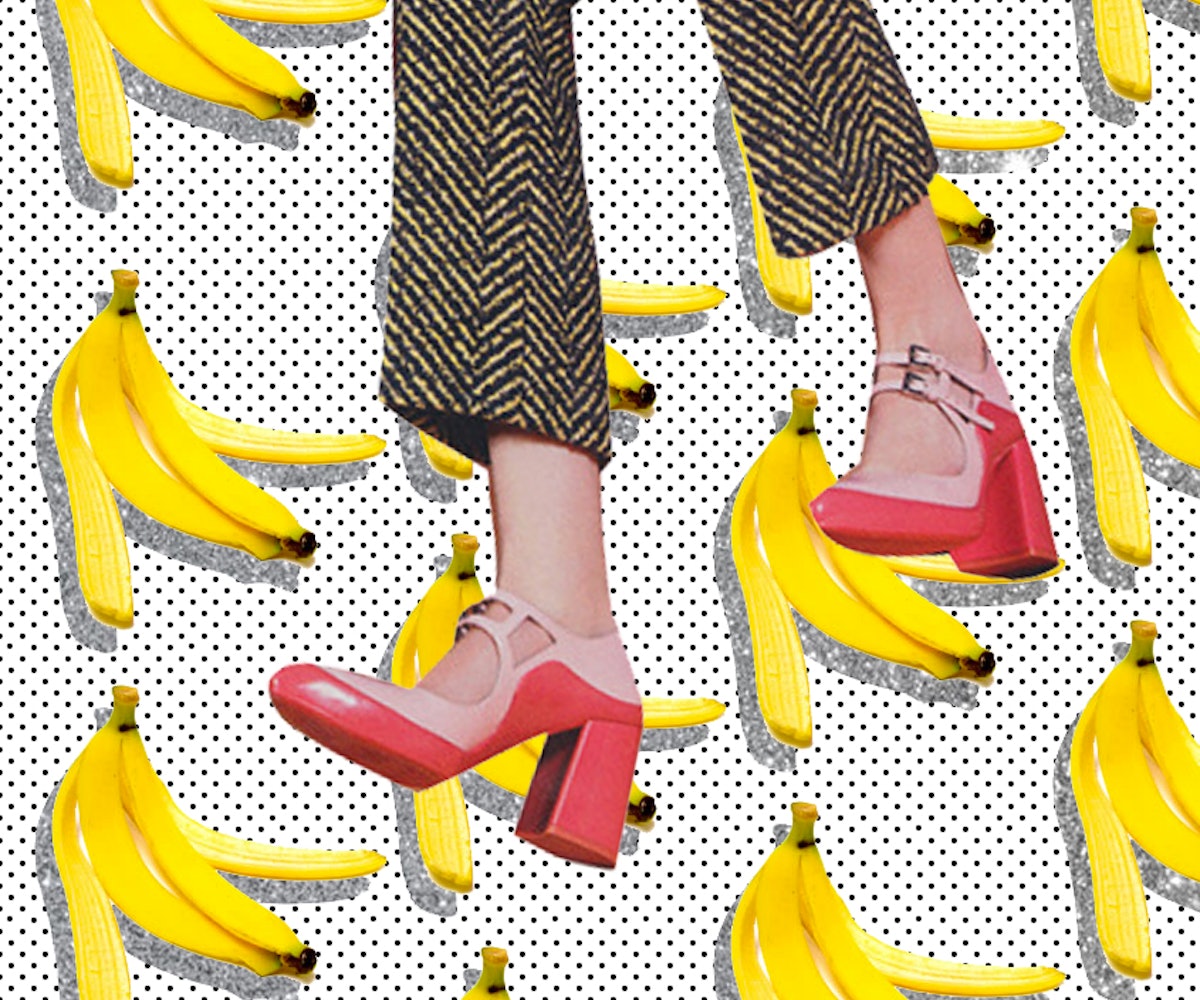 And what hath the Internet wrought today? Today, friends, it hath wrought a meme that hits so many of everyone's various buttons: the #BananaPeelChallenge. Combining the universal thirst for knowledge and the universal quest to see others fall on their butts, young people and hot, hot influencers everywhere (or, at least, a few people somewhere) are purposefully slipping on banana peels to mimic the famous pratfall often seen in children’s cartoons. Yes, purposefully. Life is beautiful, right?

The whole thing kicked off when one intrepid Twitter user, Jason Oakes by name, pondered a question so many of us have pondered at one point in our lives: Do banana peels really cause one to slip and fall down in a comical fashion? Unlike so many of us, Oakes actually did something about it. Like so many great explorers and scientists, he was “scared” but experimented anyway. This is the result.

We salute you, sir. Now, we know that you're probably asking if this is real or if it's all just a prank, to which we respond with a question for you: Does it matter? Watch again and you'll see that it doesn't.

Naturally, because it was amazing, many followed suit and thus the #BananaPeelChallenge was born. Take a look at just a few of the many, many people who have followed in Oakes’… erm… footsteps.

So now it’s your turn: Go find yourself a banana, a slick floor, and turn on your iPhone. Do it for science. Do it for Jason. Do it for yourself. Most of all, do it for us. We could always use a good laugh.