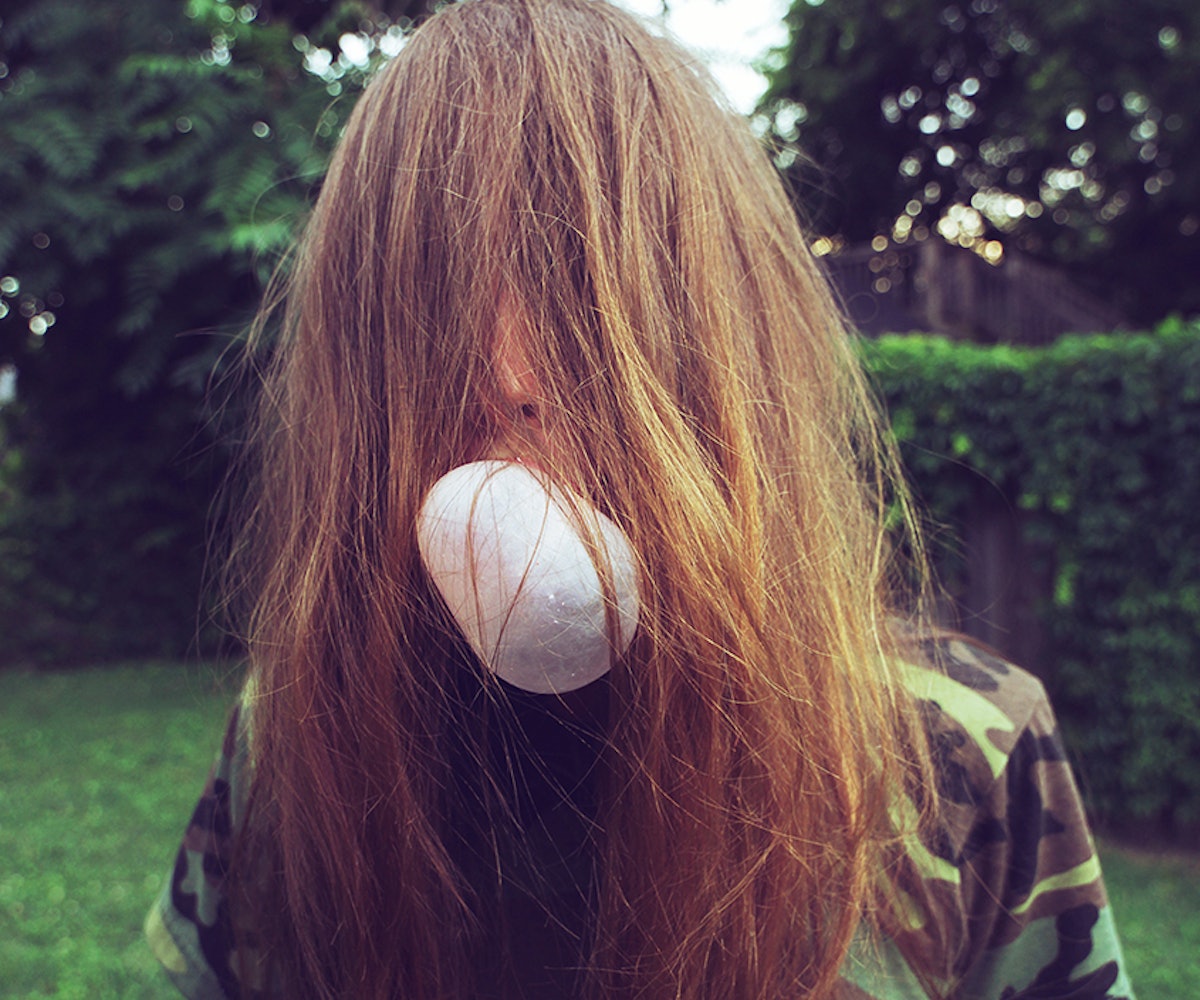 When you go to a live show by Nashville’s Bully, here’s what you’re going to see: An awesome chick dressed in jeans and a T-shirt who is mad at a guy who has wronged her. She’s giving both him and his bad excuses the middle finger through loud drums, punk-influenced rock’n’roll guitar riffs, and bittersweet indie pop vocals (that definitely sound a bit Stefani-esque). This girl has her best dudes (who also happen to be her band) behind her (literally)…and that girl is Alicia Bognanno.

It makes sense to me then, that the Bognanno-fronted Bully be named what they are.

Bully is not the fist-thrower who picks a fight for no reason. Bully is a girl who believes in people standing up for themselves, whether it be in the way you dress, voting to protect women’s rights, or by yelling at some jerk from an indie venue stage somewhere in the USA.

When interviewing the badass Bognanno, I feel like she doesn’t even realize how badass she actually is, how much she can be a role model for young women in the music industry, and, really for anyone who just wants to be themselves—wearing denim and old tees, because, well, they're just fucking comfortable.

Why do you think Nashville is good place to raise a band?Because Nashville is such a music-oriented city, I think people are more OK with people leaving. There are jobs in Nashville that hire musicians, knowing they are going to go on tour and they are OK with that. That’s not the only reason, but it’s one reason that I think it’s cool. It’s great because everyone is so supportive and so many talented musicians and people that want to work together are here. I run sound at a venue called The Stone Fox. That’s my job when I am working and not on the road.

You have all these different roles as a writer, singer, guitarist, producer, and engineer. Do you consider yourself, like, a female pioneer in the indie world?It’s a really funny thing actually, like when we played Bonnaroo this year, there were all these female fronted bands, where the frontwoman’s main focus was strictly singing. I kind of envied that because I was like, that would be so cool to have that [vocals] be your focus. I just do it all because I wouldn’t want it any other way. I am too much of a control freak. It’s too much of my baby to give to someone else to do.

Did Bully start as your own thing?Our drummer was in another band that I sang for for a little bit and then I wanted to write and he was like, “You should just do your band and I’ll play drums for it.” So far I have been the primary songwriter but they are all great musicians and if they ever wanted to start writing Bully songs that would be great, too.

In your experience, is that process more complicated whether the front person of a band is a guy or a girl?I think it depends on if you’re working with cool people or not. All the guys that I play with are some of my best friends. If they were to treat me differently because of that, they know I would be like, “Fuck you, that’s not allowed” [laughs]. So we don’t have that problem, but I imagine that is difficult. When I first started playing with people who had been playing in bands forever, I was always so nervous and insecure. Eventually I just got over it because that energy feeds into other people.

Who are some of your favorite bands personally? Do they influence your sound?Silkworm. And I love The Replacements. Maybe subconsciously, but when I write our stuff, I don’t have a band that I want to sound like in mind. I just write however I feel at the time.

Where do you like to shop for jeans and tees?OK so, T-shirts, I always like them to be bigger and really thin and comfortable. One of my favorite shirts is from a cool thrifty store that was in St. Louis. Over the past four months I discovered Etsy. Sometimes I’ll type in “vintage T-shirts paper thin” and they’ll come up. When we were in LA there was this cool vintage store in Little Tokyo. I’ll always pop in and try to find a T-shirt wherever we go. My jeans, I’m just trying to figure out what jeans I like. I went through a jeans crisis where I was like, “I just can’t.” There’s a jeans store in Nashville called Imogene + Willie. I used to buy from Urban Outfitters but then they came out with all those like, “East less,” shitty shirts and stuff and I was like, “I don’t really want to shop there anymore.” I think jeans are half the problem but the other half of the problem is me. As long as I have one pair of jeans I love, or maybe two in case one is really dirty, that’s, like, all I need.

On your Instgram, I saw you voted the other day. Why do you think voting is important?Well to be more specific, why I voted the other day was to protect women’s rights. They were trying to pass Amendment Number 1 in the state of Tennssee, which means that nothing in the constitution secures or protects the right to abortion in the state of Tennessee even if a woman is pregnant from rape or incest, or even if there are going to be health problems with the pregnancy. I just think that nobody should make decisions about your body except for you. I think it’s really important and that you should vote for that kind of thing. You should definitely stand up for things you believe in. The poll is extremely close right now so it’s really scary. It’s important to know what’s going on.

*Since this interview was conducted, Amendment 1 was passed in Tennessee.

I’m sure people ask you about your band name all the time, but what do you want people to know about it?Just because our band’s name is Bully doesn’t mean I’m pro bully. Whenever people associate us with fists and stuff it really irritates me. Ultimately everyone knows what it feels like to be bullied. Eventually, hopefully people can stand up for themselves. I think back to jobs I had when I was like, 15, working in restaurants and the kind of crap I took from bosses, not knowing that it’s not appropriate. Then I grow up and I live and I learn and I realize that’s not OK and I know not to take that shit anymore. But that had such an impact on me at that time in my life, and overcoming it and learning to stand up for yourself and not deal with stuff that you shouldn’t have to deal with is very important.

Bully are soon heading to Chicago to record their first full-length album (we seriously can’t wait for that). Until its release, go nuts over their self-titled EP below, or scoop up your own copy here!