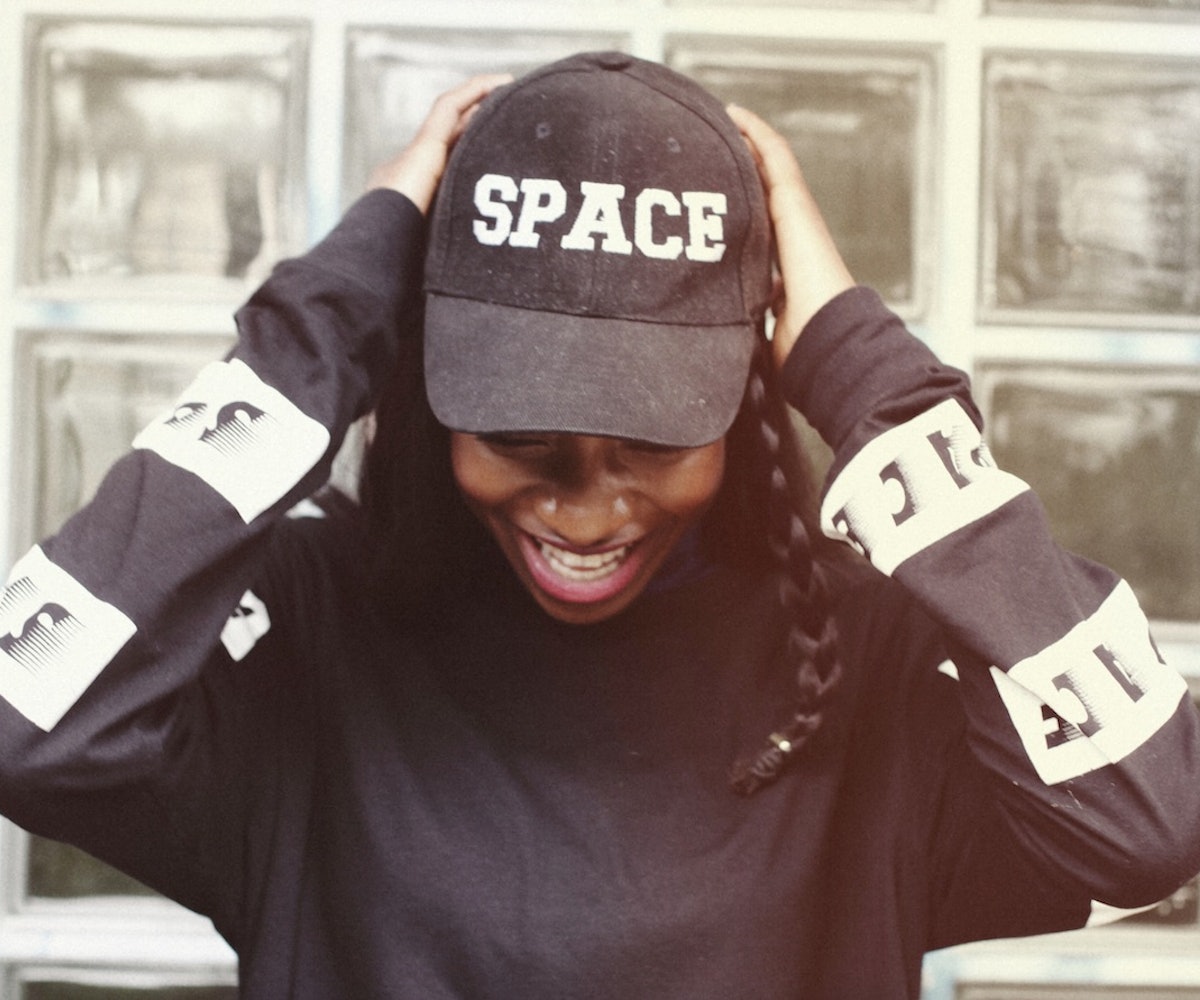 The buzz around Little Simz has been rising steadily, but instead of releasing her first album with the promo and hype that surrounds a major-label release, the London rapper put out her debut record, A Curious Tale of Trials + Persons on her own. That fiercely independent spirit has defined her still-young career. Born Simbi Ajikawo, Simz began rapping at the age of nine, but only began taking it seriously once she became a teenager. Eventually, she dropped out of school and dedicated herself fully to the craft. You can hear the fruits of that labor on standout track “Dead Body,” which features her relentlessly rapping over grim, menacing production. Co-signs from Kendrick Lamar and Andre 3000 have only helped stir excitement around Little Simz, who you can learn more about, below.

How would you describe your aesthetic?Just being me.

I first started rapping at the age of nine years old, but when I was 14 I decided that making music wasn’t a hobby and it was the only thing I really wanted to do for the rest of my life. So, I started performing at my local youth club and never looked back.

I don’t really know. To be honest, I don’t think about life like that. I have things I want to achieve, but at the same time I’m currently trying to enjoy the present.

I just released my debut album, so I’m going to focus on getting that to more ears. But I’m

recording new music, so who knows what might happen?

What are you most proud of so far, in terms of your career?

Creating and releasing my debut album independently, on my own terms, on my own label. That’s an indescribable feeling.

I just passed my driver’s test, so ask me that in a week or two.

No one’s really. I’m just focused on being the best me I can be.

Definitely school, being free and having no worries whatsoever. Would be a laugh seeing everyone again.

I don’t really. I set up my studio in my bedroom, so most times I’m recording till the early hours. I grab a few hours sleep and get back to work.

When I’m around good vibes.

I think I was the peacemaker. I was never in a “clique.” I got on with everyone and just did my thing.

I care a lot about people. Sometimes, that trait works against me and not always in my favor.

I want to get better at cooking. I think I have great potential, I just need to get a bit creative with it.

Get better at playing instruments and songwriting. I’m excited to challenge myself, especially in those areas.