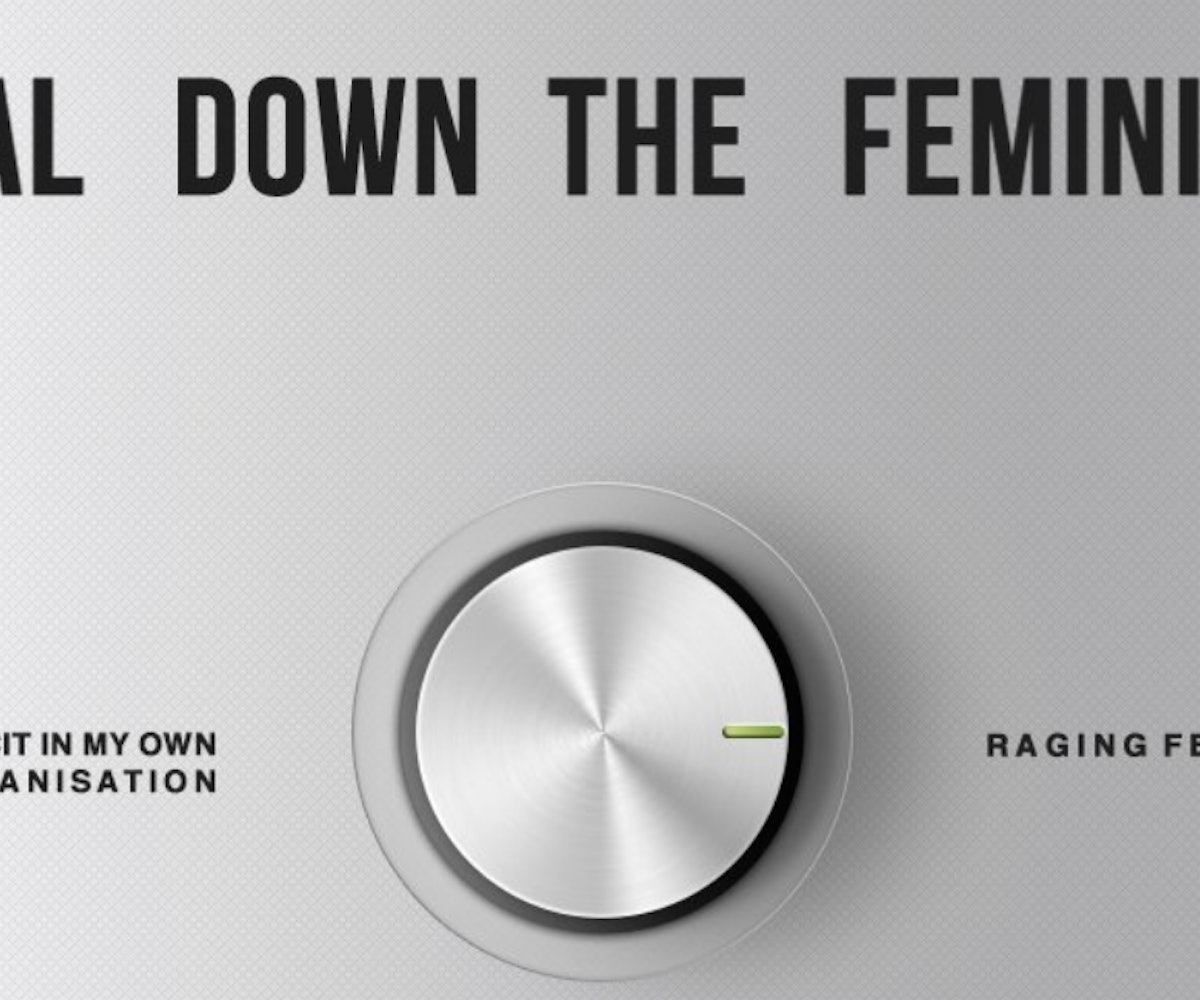 As a woman, there's nothing quite as infuriating as being told by a male authority figure to be less vocal or "turn down the volume" when it comes to speaking about your fundamental rights. Anyone has the right to go scorched-earth after hearing it one too many times, but one U.K. artist, Alex Ruth Bertulis-Fernandes, took it to a viral level in one of her most recent pieces.

According to Bertulis-Fernandes, last week one of her art teachers told her to "dial down the feminism"—a sentiment she, understandably, didn't take too kindly to. Her response though was quite the smackdown:

People of Twitter loved it. As of writing, the tweet itself is hovering around 180K likes and 50K retweets, with many praising her work and even asking for prints.

Bertulis-Fernandes returned to the platform earlier this morning to thank everyone for "all the love shown to this piece" and to announce that she is, indeed, considering some prints and/or shirts of the graphic. If that is the case, catch us first in line.