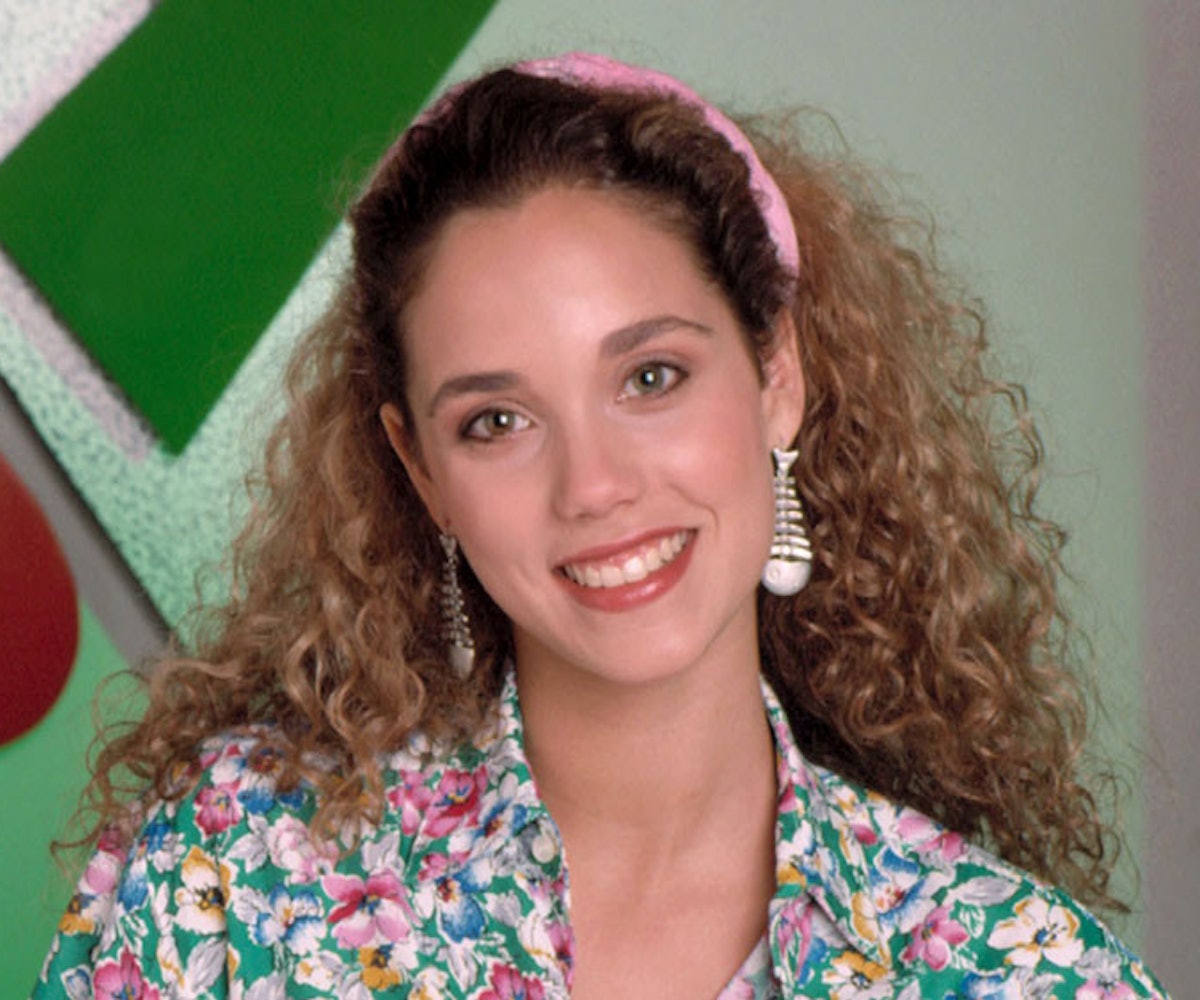 Sometimes, an audience surrogate backfires so seriously that you end up with a Jar Jar Binks situation — the comic relief isn't funny, and instead veers into dangerous territory filled with awful stereotypes. But sometimes, characters we are supposed to love — nay, ought to love — who become stand-ins for whatever is wrong with the film or show in question, so much so that a fanbase can entirely turn against them. And, perhaps that is unfair. Perhaps these characters are only guilty of wanting to be loved too much. Is that so bad? (Hey, it's way better than characters who everyone loves but are actually pretty awful people, right?)

So here is a moment of redemption, for all those characters who annoyed us at the time but actually are pretty great in retrospect. Or, aren't deserving of the piles of hatred so heftily heaped onto their poor, fictional existence.

Janice — FriendsJanice...Janice. Janice. Janice. How she irritated us Friends connoisseurs in the beginning with her saccharine ways and "Oh. My. Gawwds." The poor girl just couldn't get a clue Chandler Bing just wasn't that into her. Joey even considered her insufferable, but after seasons of her popping up at just the right time, her annoying tendencies became endearing. Suddenly, Janice wasn't so bad. Perhaps we were the bad ones for being so intolerant of her in the first place.

Skyler White — Breaking BadWe never quite understood the backlash that arose towards Walter White's emotionally terrorized wife, but it got so bad that at one point, the actress (Anna Gunn) wrote an op-ed in The New York Times processing the outpour of online hate that transferred from her character to her. Like her husband, Skyler metamorphosed over the course of the show's five seasons, from blissfully ignorant wife unaware of her husband's descent into crime, into his accomplice and antagonist. Her motivations were never black-and-white, and her flip-flopping is probably what annoyed the hell out of some fans — but you try watching your husband go from mild-mannered chemistry teacher to merciless drug kingpin. It doesn't sound easy.

Andrea — The Walking DeadLike most of the female characters on The Walking Dead, Andrea went from helpless victim to gun-toting badass. Reasons why she's considered annoying by a large contingent of the show's fan base seem mystifying at first, but it was probably her stubbornness, which could sometimes come off selfish, or worse, reckless. (Ed note: In a world overrun by zombies, reckless is the worst thing you can be.) After she became a sharpshooter in season two, Andrea separated from the group, forming a bond with Michonne, who became one the show's most beloved characters. And if Michonne could love her, why can't we?

Private Hudson — AliensPrivate Hudson's tonedeaf machismo is what makes his epic, epic, "Game over, man! Game over!" meltdown so poignant; even this jarhead is terrified at the horror of the xenomorphs. Admittedly, it is hard to tell whether my affection for this character is because of my deep ardor for this movie (or my deep ardor for Bill Paxton). But this whiny, self-centered meathead serves as an audience stand-in, cutting the tension with his one-liners. Too bad he gets Aliened. (If you didn't know that was a spoiler, it's not our fault, because you definitely should have seen Aliens by now).

Kimmy Gibler — Full HouseImagine having an incessantly irritating neighbor who was always around, spouting smart-mouthed criticisms, and eating all your food. Now take your idea of that person, multiply it, and compress it into one small, tiny, high-pitched girl, and there you have Kimmy Gibbler (or at least, the general population's opinion of her).

But it's important to remember that

was about the new American family — one comprised of both blood relations and friends who come together in times of need. Although no one out of the

people in the Tanner household (aside from D.J.) actually expressed enjoyment or appreciation for Kimmy's constant presence, it must have been somewhat comforting to have her around. Not only did Kimmy offer comic relief after Mrs. Tanner's passing, but she never abandoned the family, no matter how much verbal abuse they put her through.

Ruby Rhod — The Fifth ElementSo, we didn't totally know this was a thing because Chris Tucker's Ruby serves as a one-of-a-kind narrator for the last half of the movie, but in researching this piece (yes, it was researched), it appears that people freaking hated him. But he was just delivering zingers left and right while wearing fabulous Gautier. How green? Super green.

Samwise Gamgee — The Fellowship Of The RingsSmeagol calls poor Sam "the fat hobbit," and Sam is forever known as being the poor sucker who tags along next to Frodo during the latter's descent into insanity. But poor Sam is just trying to be a good, non-judgmental friend who loves Frodo with all of his little heart. While he may be hungry and bumbling, he is the only hobbit who doesn't fall prey to selfishness (well, him and Merry who is just a charming little dude). Ease up on poor Samwise; it's not his fault he gets the worst job of the entire series.

Wendy Torrance — The ShiningEven though her original creator, Stephen King, thinks that Wendy is "one of the most misogynistic characters of all time," her mousey nature is important in showing the extent of her husband's insanity and how far it pushed her to a breaking point. Yes, she screams. Yes, her nose is like an ever-present faucet. But she is an important character because during the time of slasher flicks, she is a woman who survives and even confronts an incredible evil, and remains unaffected by it. So, you go, Wendy. Even though you sure do scream a lot.

Marcy D'arcy — Married With ChildrenMarcy is what is called a "straw feminist," which is when a character comes across as a feminist in order to make fun of feminism within a specific context. And, yes, Marcy is a bit of a misandrist, but next to Al's consistent chauvinism, seeing a pro-sex, pro-woman lady on television was pretty rad, especially since she delivered some of the show's best insults. (Which is saying a lot in a show filled with — practically based on — insults.) Like this one: "Peggy, I really don't think Al is cheating on you. I took an impromptu poll of all the women I know, and as far as his desirability...Al ranked below ALF, which means they'd rather make love to a piece of cloth with a man's hand in it than with your husband." Zing.

Rachel — War Of The WorldsLike Ruby Rhod, Rachel is one of those characters that the Internet seems to collectively despise, because of her high-pitched screaming throughout the pitch-perfect War Of The Worlds (seriously, that movie stands up amazingly). But here is the thing: She is screaming because — get this — giant body-sucking aliens are taking over the world and she is a 10-year-old girl. So, maybe don't hate a character for doing what she should be doing naturally? (Also, please note: Rachel just needs to get in her box, Robbie. GET IN HER BOX.) What Rachel-haters don't notice is that she really grows throughout the film, and ends up being a capable little lady by the end — and a survivor alongside her father.

Jessie Spano — Saved By The BellWhile she is no Screech (a character we aren't quite sure is deserving of a redemption yet), Jessie was definitely the wet blanket of the Bayside group. Another straw feminist (see Marcy from Married With Children), her uptight nature was a constant source of humor — even when it wasn't supposed to be. She simply isn't as "cool" as Kelly, whose bubbling, easygoing nature made her the one that most girls wanted to be when growing up. But you know what? By now, Jessie Spano is probably a bajillionaire, leaning all the freaking way in.