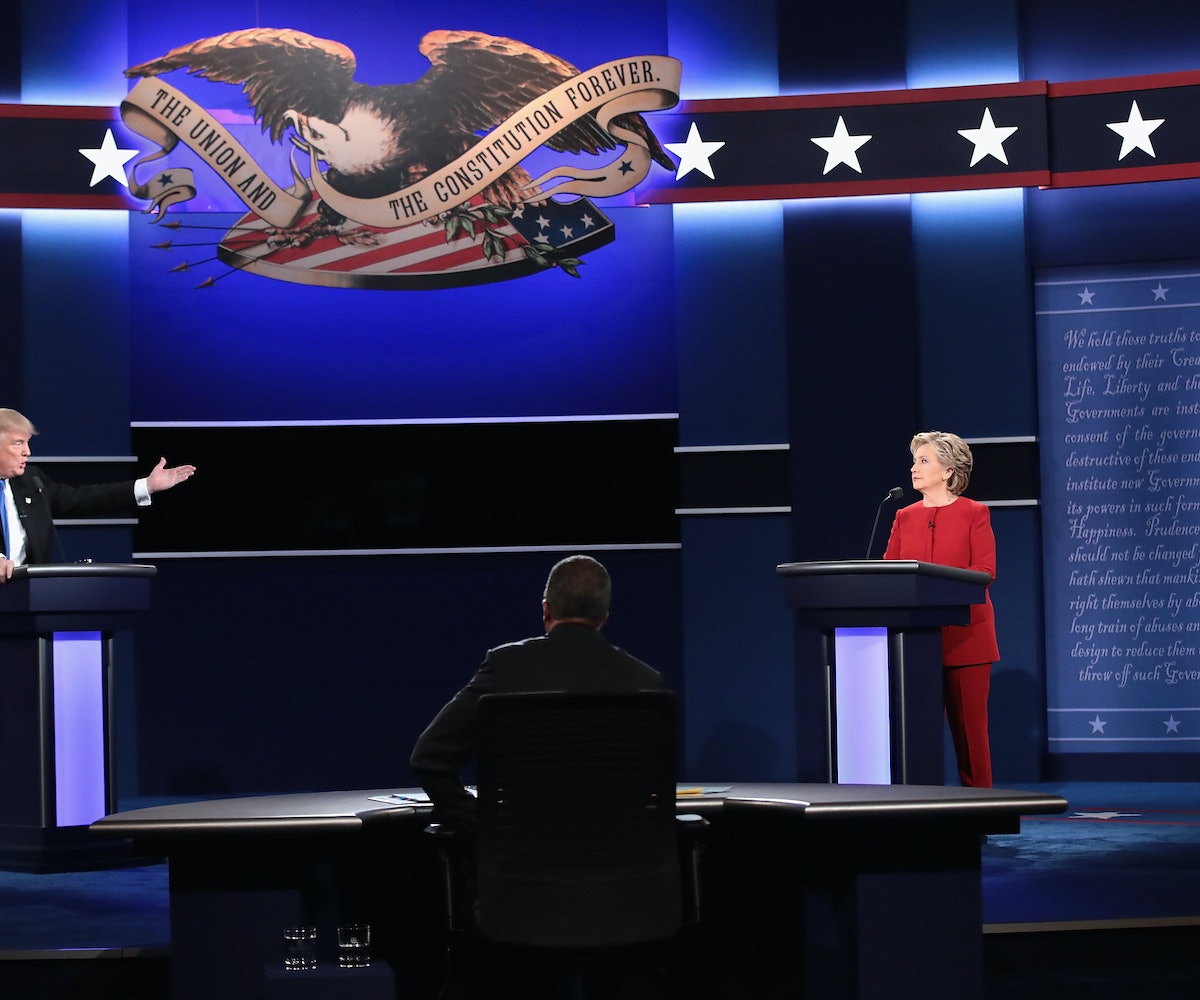 At the beginning of last night’s presidential debate, moderator Lester Holt warned the audience to not audibly react to what they were witnessing. No booing or clapping, he urged those in attendance at Hofstra University. But after what unfolded last night, an unprecedented back-and-forth between a deeply prepared, fact- and policy-driven female politician and Donald Trump, it’s hard to imagine how those in attendance kept, for the most part, quiet.

From where we were watching, at a bar in Brooklyn, New York, it was the opposite of quiet. The debate felt more like a championship sporting event, or a no-holds-barred cage match, with the large crowd euphorically cheering at each one of Hillary’s burns, and laughing in disbelief every time Donald Trump pretty much opened his mouth.

The real party, however, was on Twitter. If you were able to scrape your eyes away from the screen long enough to check your feed, you’d have seen it at its best and most overwhelming, a tsunami of reactions helping to contextualize and marvel at the historic event unfolding before us with jokes and observations.

Because they’re just like us, celebrities also got in on the social media action, and below we’ve rounded up some of their best reactions.