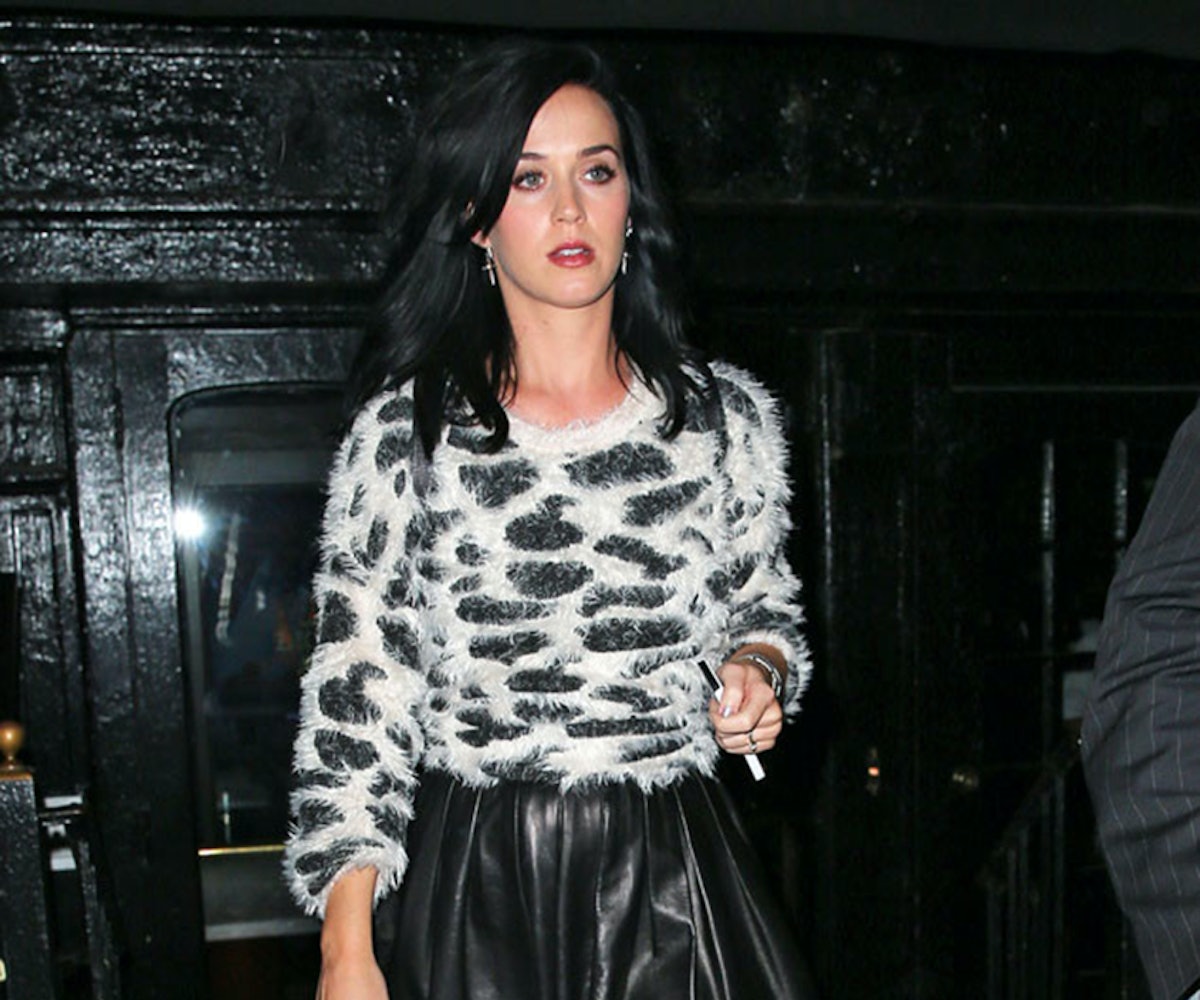 Feeling like you've got nothing to wear in this in-between seasonal moment? Don't fear: We've spent the past month eyeing the outfits of our It Girl faves and have noticed that they're particularly adept at mastering the not-quite-hot, not-quite-cold approach to dressing. Whether it's crop tops with trousers or fuzzy sweaters with skater skirts, check out our favorites from the month.

My love of crop tops is no secret, but figuring out a way to wear them when I'm not, you know, out, and it's not, you know, 11pm, is probably the reason why I actually rock the pieces in my vast collection so rarely. Which is why I'm all about this Iggy Azalea look. Her belted Calvin Klein crop top looks chic and not trashy with the addition of a pair of loose-fitting trousers and some strappy heels. Don't be surprised if you see me wearing something very similar to the office come Fashion Week....

Arguably the trickiest part about pulling off overalls is looking your age. In other words, not like you're an oversized kindergartener escaped from recess. Fortunately, Atlanta de Cadenet Taylor has a solution, swapping a T-shirt for a prim collared blouse and sneakers or sandals for shiny silver Mary Janes. This one-two step adds a dose of put-togetherness to the final look, without compromising any of the playfulness we love most. It might seem weird to place "overalls" and "chic" together in the same sentence, but this outfit definitely proves otherwise.

Here's my problem: I go into a store and leave with five twee, Zooey Deschanel-worthy dresses. OK, it's more of a #fashiongirlproblem than a real issue, but when I want to look like a grunge goddess, a pink plaid dress with a pleated skirt just isn't going to cut it. Dianna Agron proves that you can do pink and punk simultaneously, by being girly from neck to knees and adding all black accessories on your head, arms, and feet. I'm going to make this my fall uniform stat.

If Barbie dolls dated boys in bands, they'd look like Taylor Swift in this dress. From the Wayfarers to the salmon-hued purse, she's making grandma style werk, front row.

I'm all for star style and whatever, but it's not often I see someone wearing something i could totally see myself in; it's usually just a little too frou-frou. But this look? Total goth Cher Horowitz. Get me to the closest fluffy sweater store, ASAP.