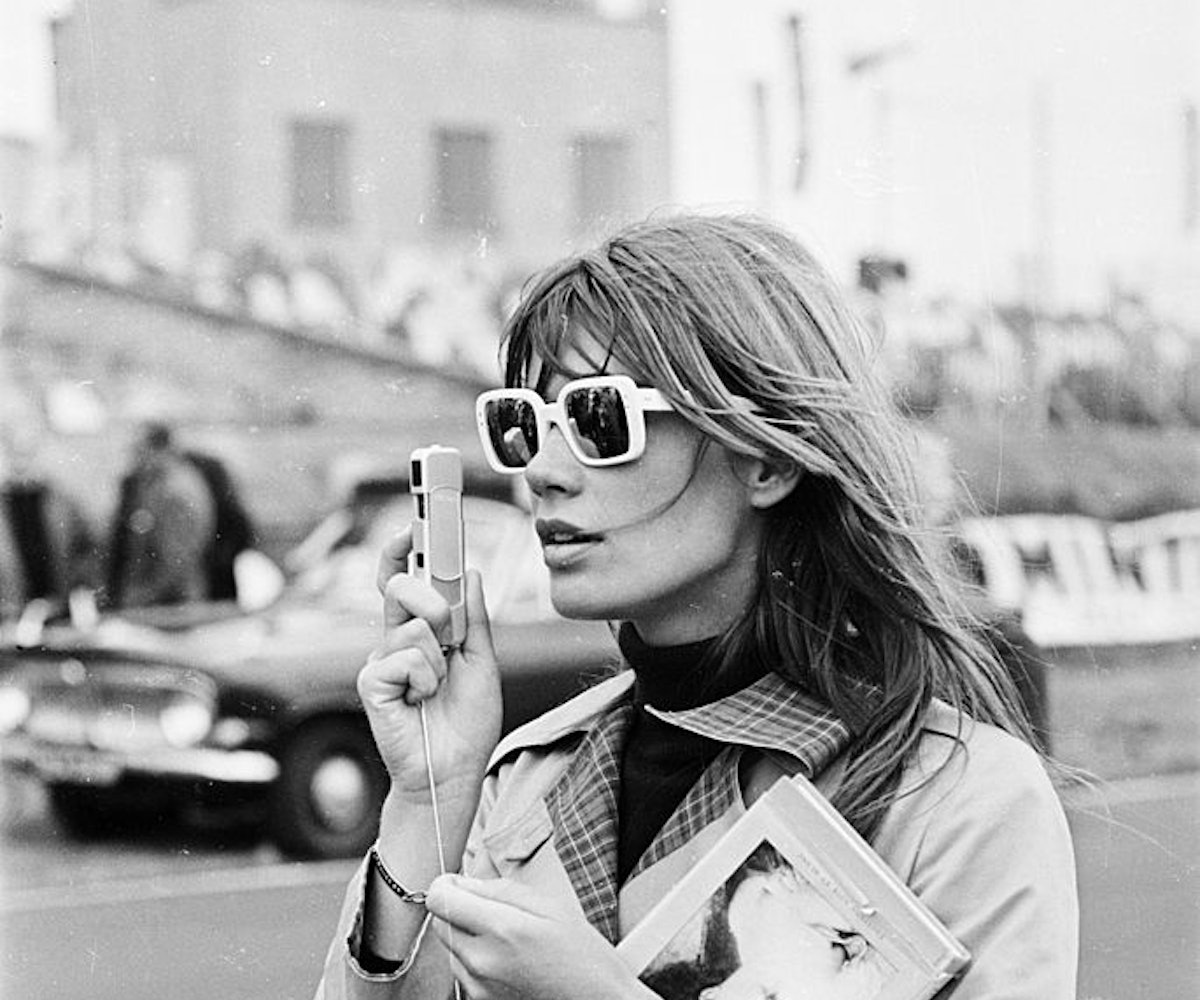 The internet is great for many things: The OC GIFs, Harambe memes, and literature.

Does it seem like one of those things is not like the other? If it feels at all strange to you that the medium which has been credited (along with television, of course) with a national decline in attention spans and an accompanying rise in people wanting to get their news via 15-second video clips rather than 1500-word articles, well, yeah, when put that way, maybe it does seem weird. But the truth is that the internet has long been home to people who love books and all things literary, and has served as a virtual meeting place for book lovers from all over the world to get together and discuss and praise and debate the written word. And, also, you know, buy the written word. (Definitely please keep buying books.)

Here, then, are the places we go when we want to feel like the internet is not just a wasteland of frogs on unicycles. Not that there's anything wrong with that. Sometimes you just need a little bit more in your life, you know?

This site is an offshoot from a literary journal of the same name, and while the actual magazine is still a wonderful and worthwhile read, the online community fostered through the site is also wildly impressive. Everything you can peruse is super smart, often irreverent (an infographic on yoga for writers? Yes, please!), and there's plenty of great interviews by of-the-moment authors. Recently, I devoured the site's chats with Colson Whitehead and Kristin Dombek, and I bet you will too.

At this point, The Millions is considered the elder statesman of book blogs: It's been around for over a decade, is an online institution, and has featured the work of lit world luminaries like Chris Abani, Joseph O'Neill, Susan Orlean, and George Saunders. Plus, its twice-a-year massive roundup of every book that's about to come out is arguably the most dependably clickable lit-list around.

While this list is purely web-only, the New Yorker's Page-Turner blog is representative of the wonderful work that goes into its print sister. Page-Turner features exceptional, in-depth meditations on the latest lit releases and is a must-visit for all book obsessives. Some of the things I've enjoyed reading the most lately include Casey N. Cep's "The Indispensable Guide to American Murder," Jia Tolentino's "Novels of White Anxiety," and Lydia Kiesling's "The Office Politics of Workplace Fiction by Women."

Promising "the best of the literary internet, everyday" is no small order, but Lit Hub manages to pull it off. There's a seemingly endless supply of incisive writing about the topics book-lovers can't get enough of, and Lit Hub manages to bring a real and much-appreciated level of intersectionality to its discourse. Must-read pieces on the site include Rebecca Solnit's "Men Explain Lolita to Me" and "Walking While Black" by Garnette Cadogan. (Lit Hub is also home to a sort of Rotten Tomatoes for books called Book Marks, but, the less said about that, the better.)

This West Coast-based lit website has given the world the work of Cheryl Strayed, whose advice column "Dear Sugar" pretty much revolutionized the form, and for that we'll always be grateful. It was also an early home to Roxane Gay and Kathleen Alcott and many other great writers, and will no doubt continue to be... hopefully for a long time to come.

If anyone ever tells you to stop wasting time on Tumblr and do something important with your life, just direct them to LARB, which launched on Tumblr back in 2011. Since then it's become one of the most reliably sane platforms for social, cultural, and literary criticism online, and some of the most lucid, brilliant writers around are regular contributors.

This website is run by Brad Listi, who also hosts the excellent lit-focused podcast, Other People, and is a wonderful place to read about what authors think of themselves in their own words, via the site's genius "Self-Interview" series. And it's one of the few remaining reliable sources for great poetry. It's where we first discovered Ocean Vuong, whose collection Night Sky with Exit Wounds is a must-read.

As Emily Books' site says right on its homepage, it "sells weird books by women." This is not untrue, but it's also only scratching the surface. The e-book company, started by Emily Gould and Ruth Curry a handful of years ago, functions as an online bookstore, where they send out monthly books to subscribers (including titles by Eileen Myles, Elena Ferrante, Melissa Broder, and Nell Zink). Since 2015, Emily Books has also collaborated with Coffee House Press to publish hard copies of books, with their first titles being Problems by Jade Sharma and I'll Tell You in Person by Chloe Caldwell. Beyond that, though, via subscribing to Emily Books, you gain access to the company's forums where you can talk about transgressive women authors, like, forever and ever. So, basically, it's heaven.

Part of New York magazine's behemoth website, Vulture covers all things cultural, but as of late their book-related content has been excellent. There's fun staff recommendations and tons of roundups of books you'll definitely want to read, but what you really shouldn't miss are the book reviews by Christian Lorentzen. His latest, of Jonathan Safran Foer's Here I Am, is a masterpiece of the form.

The daily blog that complements the revered Paris Review is a lovely combination of irreverent musings (please don't miss Naomi Fry's column "Brushes with Greatness," in which she "writes about her relatively marginal encounters with celebrities"), spot-on reviews, excellent recommendations by Paris Review staff, and more. Also, the Paris Review is in part—along with Patricia Lockwood, of course—responsible for one of the best tweets of all time.

This long-running blog is all about where "music and literature meet." And where they meet frequently happens to be playlists composed by authors, and inspired by their latest books. This is a great idea. You get to learn about new books and new music all at once! I approve. I think you will too.

This site devoted to all things cultural consistently publishes some of the smartest literary content about literature, by which I mean, each review is a beautiful essay unto itself. A recent example of this is "Straight to Hellmouth: Where Punk and Magic Meet" by Tobias Carroll, and more distant ones include Haley Mlotek's meditation on Maggie Nelson's The Argonauts, and Sarah Nicole Prickett's piece on Cigarettes by Harry Mathews.

This site prides itself on being "serious and sometimes silly," which, to be honest, same. There's still something super refreshing about a site devoted to high culture which doesn't take itself too seriously, and Book Riot walks the fine line between being critical and over-judgmental beautifully. Plus, there's some really fun lists about books on there too. And who doesn't love a good book-related list?

Look, it's not like you need me to tell you about BuzzFeed; you know it, you love it, etc. But if you haven't been paying close attention to its literature vertical, you really should, because it contains some of the most thorough coverage on books around. This is in no small part due to its excellent staff, led by book cheerleader extraordinaire, Isaac Fitzgerald. The lists are fun, of course, but BuzzFeed Books really kills it in the essay department and frequently features works by incredible young authors like Catherine Lacey and Jenny Zhang.

Lena Dunham and Jenni Konner's weekly newsletter is great for a lot of things, and chief among them is its literary content. Lenny Letter often publishes short stories, including one by Alice Sola Kim called "The Missing Guest," that I haven't stopped thinking about for around the last nine months. In addition, there are also wonderful book-related personal essays, like Jasmine Sanders' powerful piece on miscarriage and Toni Morrison's Beloved. Subscribe to Lenny, and you'll see what I mean.