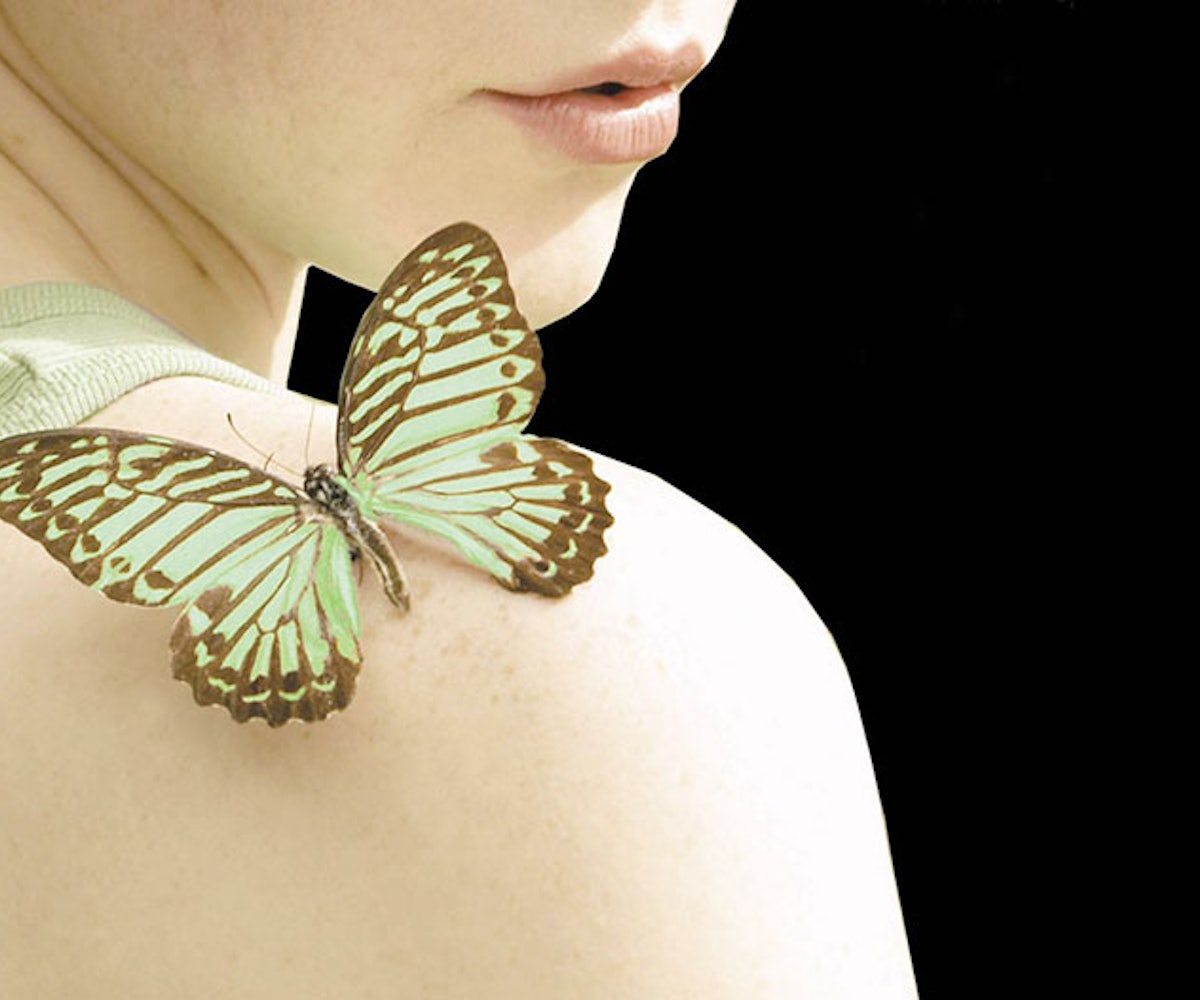 More often than not, the words in a book can open our eyes to different people and ways of life other forms of entertainment cannot. The lack of pictures truly forces our minds to consider, imagine, and project ourselves into situations our day-to-day lives don’t normally present. As such, we come to learn and possibly—nay, hopefully—come to empathize with those we would otherwise not. The selections ahead fall into a category that is, in and of itself, made up: LGBTQ. Queer-centric stories—whether fiction or non—get lumped into their own category, and as such, many stories go unread. Many great stories. The following list highlights 25 essential LGBTQ stories that present the queer experience as a diverse and well-rounded one. No matter your sexual identity, these stories will entertain and educate. A Pride Month special that’s good year-round.

Angels in America: A Gay Fantasia on National Themes by Tony Kushner

Playwright Tony Kushner's monumental piece of theater (and TV mini-series) documents the lives of separate but connected individuals as they navigate their way through the mid-'80s during the AIDS crisis. It's hefty, but important. Incredibly important.

A Single Man by Christopher Isherwood

After the death of his partner, George Falconer must learn to cope with his passing, which, during the single day the novel takes place, brings him close to the edge.

The Boys in the Band by Mart Crowley

Crowley penned one of the first pieces of work that presented the gay experience in an honest way.

The Celluloid Closet: Homosexuality in the Movies by Vito Russo

Hollywood's relationship with homosexuality and queerness is a tricky and often messy one. Russo's investigation into its codes and the reasons many queers in Hollywood don't come out is shocking. What's more: Despite it being written in 1981, the themes still persist today.

The City and the Pillar by Gore Vidal

The story is simple: A young, American boy comes into his own as a gay male. However, Vidal wrote this in 1941, and its honesty was one the media was not used to at the time.

Flagg uses two stories from two different time periods to stress the fact that family, home, and those you love are not something you're born into. They are chosen.

The ex-lover (Giovanni) of a gay American in Paris is on the execution block. His lover, the narrator, reflects on their relationship—among other relations he's had in The City of Light. Written in 1956, Baldwin's exploration of fluid sexuality was unheardof at the time.

The death of our protagonist's mother has left him alone in Washington, D.C. There, he meets a landlord who helps him navigate the world as a gay man who has survived the AIDS crisis.

The Hours by Michael Cunningham

Cunningham weaves together three stories from three different time periods. Using the last days of Virginia Woolf's life, he weaves together a compelling narrative of characters who years for rewarding lives, but feel trapped by despair and lost love.

Peters' coming of age story follows young Liam as he prepares to present his true self to his family and friends: Luna, a young trans woman.

The Normal Heart by Larry Kramer

Like Angels In America, Kramer's Normal Heart is important. It documents the playwright's quest for equal rights during the AIDS crisis in New York City. His activism shines in the autobiographical work, and highlights the ignorance and fear of the time when many opted to ignore an epidemic that was killing friends and family.

I Am Not Myself These Days by Josh Kilmer-Purcell

Oranges Are Not the Only Fruit by Jeanette Winterson

These days, some people choose to come out through YouTube. Winterson penned an entire book. And her rationality is incredible.

Other Voices, Other Rooms by Truman Capote

This is Capote's first novel. It captures the naivity of a young boy in the deep south struggling to confront his urges for love.

Woolf boldly plays with gender presentation in this monolith of a book. She tells the biography of a fake-male character who and wakes up as a modern woman.

Prayers for Bobby: A Mother's Coming to Terms with the Suicide of Her Gay Son by Leroy Aarons

Growing up, Bobby Griffith was taught, by both his family and religion, that homosexuality was bad. Here, his mother recounts the years she experienced with her son before he ultimately took his own life, and what happened to her after.

The Price Of Salt by Patricia Highsmith

What you learn in The Celluloid Closet is that most queer characters in the media were either evil, prone to dying, or both. Here, Highsmith creates a happy story of a lesbian couple that shattered the trope Hollywood tried make into a bonafide thing.

You can pretty much guess what you're getting into when you read a book whose title is slang for female genitalia. Brown's semi-autobiographical story is a lesbian coming-of-age story in America. And an aggressive one at that.

The Rules Of Attraction by Bret Easton Ellis

Three liberal arts students with penchants for casual sex, partying, and drugs become entangled in a messy love triangle. The lines of sexuality become blurred, and all those cliché, existential questions come out in full force and smack you upside the head. The rules suck, but they've gotta be learned somehow.

Running With Scissors by Augusten Burroughs

Burroughs' memoir of his youth and navigating his sexuality is what dark, comedic literature should always be.

Feinberg penned a poignant exploration of pre-Stonewall New York City and its affects on the butch-and-femme lesbian culture at the time.

There's nothing better than a coming-of-age story of a girl learning about her sexuality and all the things that come with it, while aimlessly floating through a city like San Francisco.

The Velvet Rage: Overcoming the Pain of Growing Up Gay in a Straight Man's World by Alan Downs

Downs uses stories from his doctoral practice as a starting point to get a conversation started about what it means to be gay in a predominantly straight world. Over the years, it's become a bible of sorts for gay men, but also a fabulous book for those looking to be allies.

How does one navigate the world of taboo while growing up in Hollywood? Block's first book in the Dangerous Minds series seeks to find out.

The Well of Loneliness by Radclyffe Hall

Hall's book (which is loosely based on her life) was first banned when it was published. It has since then become a classic story of lesbian romance.