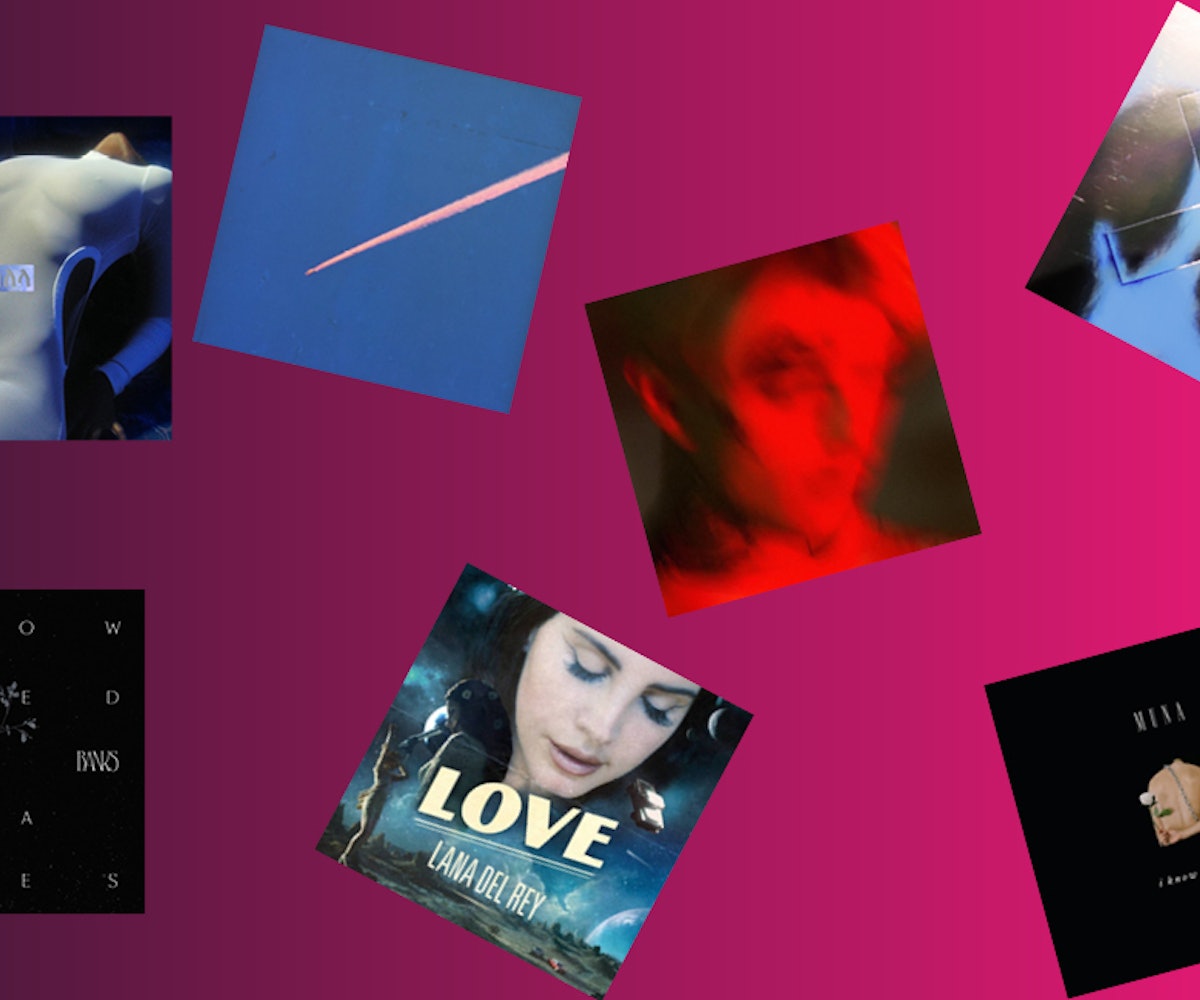 What a year it's been in music, friends! Cardi B's out here making history and queer artists are slowly but surely inching their way further and further into everyone's living rooms and radios. It's a crowded industry, but an exciting one. The pop landscape has exploded, and from its rubble rise new genres, new ways to make music, and new boundaries to push. The following 10 songs represent a year of empowerment, flirtation, and the desire for something better. Music is, after all, a place to escape when the going gets tough. It's a community builder and a great empathizer. These are the songs that hit the hardest, pulled the deepest, and stuck around a long time, without ever becoming annoying. Why waste more time reminiscing? Let's cut to the feelings (like, all the feelings), below.

The xx found their calling on the dance floor this year with I See You. They found a way to mix their muted vibes with Jamie xx's genre-defining production through songs like "On Hold" and "Say Something Loving." It's the album's fourth track, though, that shines the brightest and packs the lowest lows. Themes of self-medication, feeling lost in a club setting, and the desire for something to swell into a dizzying guitar-meets-synth concert. "How could eyes this wide lose sight of the world inside?" Oliver Sim asks as the song comes to climax. With a song as enveloping as this, it's easy to see (and feel) why.

Though MUNA released "I Know A Place" as a preview single to their debut album last year, said project dropped this year. "I Know A Place" is still one of the album's standouts (and guaranteed crowd pleaser), as it combines everything MUNA, the queer trio the world needs right now, stands for into one bombastic song: activism, inclusion, liberation, and emphatic human connection.

"Look at you kids with your vintage music," Lana Del Rey sings, kicking off Lust for Life, easily the neo-noir singer's happiest album, like, ever. "Love" is an ode to the cult of Del Rey in all its vintage, Instagram-filtered glory. Her happiness became a reprieve for her fans, an escape into something wild, wonderful, and untamed.

If there was to be a proper anthem for this year, "Dum Surfer," in all its dark, twisted messiness, would be it. Archy Marshall, aka King Krule, infused daily horror into this OOZ track, so much so that by the time the song ends, you don't quite know who you're listening to: Marshall or King Krule himself.

Tender, fragile, and complacent, Banks' surprise single this year takes hold of the listener with a distant comfort. It's no surprise it premiered on one of Girls' final episodes, where Lena Dunham's Hannah leaves New York City behind for a new life upstate. "Crowded Places" is the moment between chapters; it's the hesitation before the jump and the solace of solitude.

Kelela's debut album, Take Me Apart, is a triumph of the divine feminine. "Blue Light" just so happens to be its most carnal moment. Spun through a grime-inspired beat, Kelela's lust knows no bounds as she gives into desire and submits to pleasure. This is a sex anthem. This is a foreplay anthem. This is an ANTHEM, full stop.

Queen Cardi B made history with "Bodak Yellow." It's her goddamn success story. Girl doesn't need to strip anymore because she "makes money move" with her drive, talent, and killer rhymes. If we had it our way, "Bodak Yellow" would have remained number one for, well, ever.

Robyn didn't drop "Honey" this year, but Lorde dropped "Supercut," which is a spectacular piece of daydreaming. Who else but Lorde would describe young love as "fluorescent"? It's a stunning lyric from a heartbreaking song off of a triumphant album about heartbroken and empowered youth.

Carly Rae Jepsen once told us that she makes music so people can escape. And you know what? "Cut To The Feeling" does just that. It wastes no time cutting to the feeling—aka the chorus—and doesn't let up until she's taken us straight, "all the way" to emotion. Escape mode achieved.