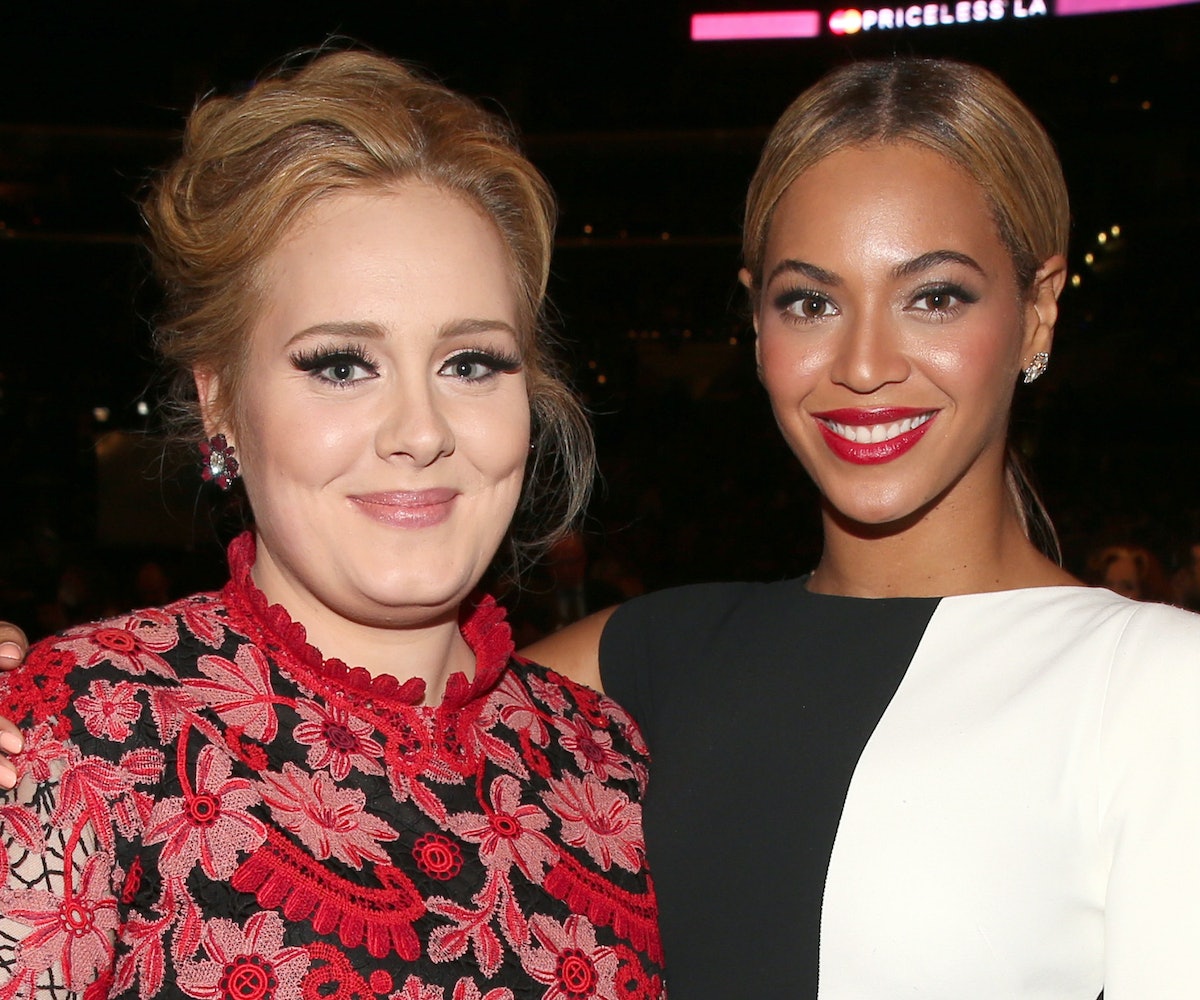 Although Beyoncé has reportedly finished her sixth studio album, she is holding off on releasing it until the commotion surrounding Adele's 25 dies down a bit. But it's not like Bey has to worry about making enough album sales or having to compete with the British chanteuse for attention. She's delaying her album out of a so-called "code of honor," giving Adele her moment in the spotlight for a bit longer, an insider told The Sun.

This rumor also comes on the heels of reports in November that Adele had turned down a collaboration with Beyoncé. However, Adele set the record straight about the supposed collaboration, telling NME, "I'd never disrespect her like that. Obviously, like, Queen B 'til the day I die." She further clarified her devotion to the singer more recently in her Time profile, saying, "Anyone who knows me knows that my main priority in life outside of my child is Beyoncé." Clearly, things are all good between these two mononymous singers, and it seems like they have a mutual respect.

So, there is hope yet for a future Beyoncé/Adele collaboration, and for a new Beyoncé album (hopefully) sometime soon. She is performing at the Super Bowl on February 7, after all, so she'll have all eyes on her soon enough.

NEXT UP
Entertainment
Paramore Announces Album 'This Is Why' For February 2023
Entertainment
Gracie Abrams & Gia Coppola On The Joy Of Free-Flowing Collaboration
Entertainment
Bad Bunny, Lizzo, Kim Petras Will Perform At The 2023 Grammys
Entertainment
Brendon Urie Officially Disbands Panic! At The Disco
Style + Culture, delivered straight to your inbox.