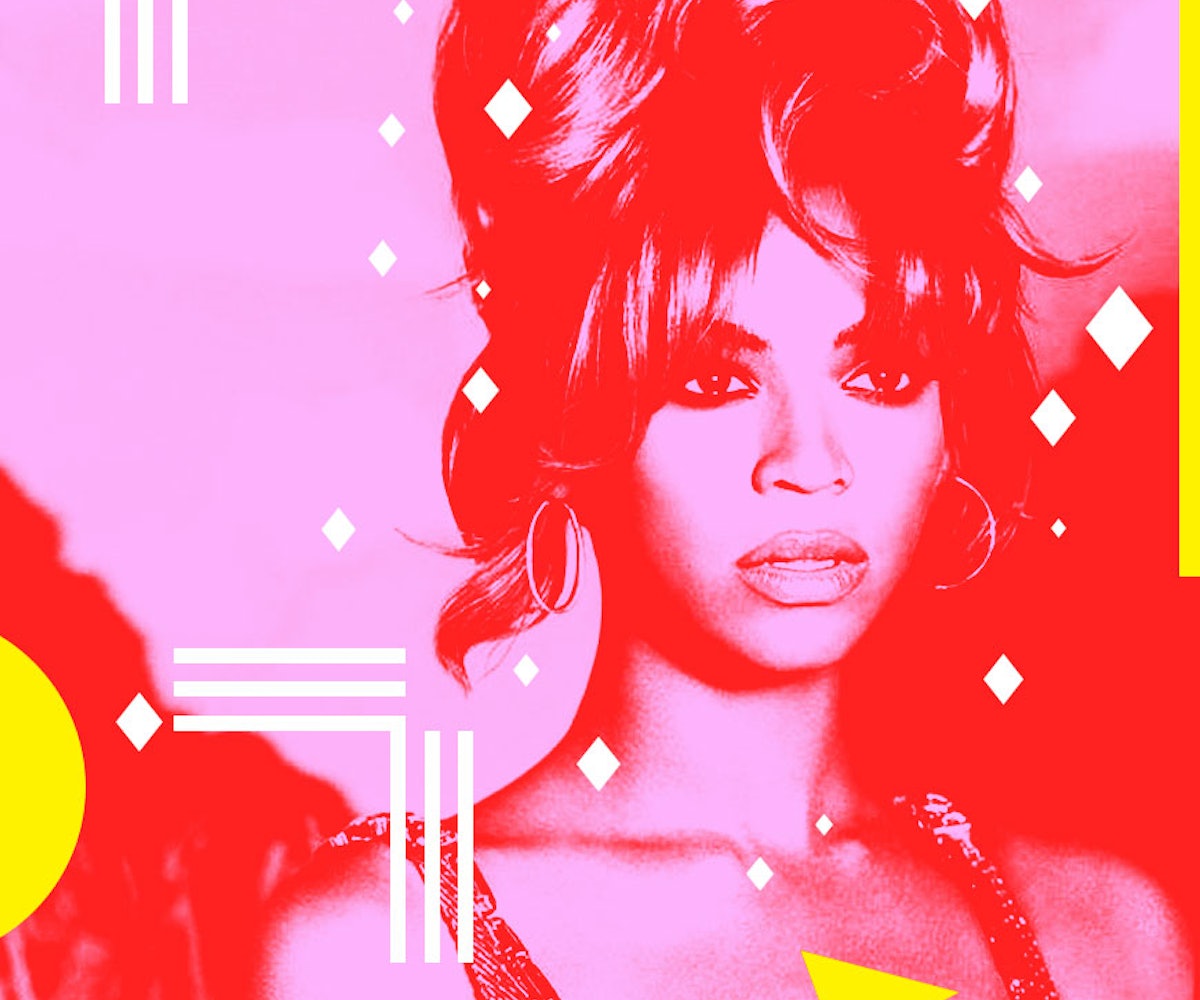 Will Beyoncé make it on her own? was never a question leading up to and following the release of her debut solo album, Dangerously In Love, in 2003. Going solo was always her, uh, destiny. "Crazy in Love" is one of the most outstanding debut solo songs ever, and arguably one of the aughts' best in general. The ascent and deification of Beyoncé, however, is something no one could have really predicted.

10 years ago, Beyoncé was 25 and gearing up to release her second solo album. B'Day would be the unofficial indicator of Bey's force, for the threat of sophomore slumps is very real. The lead single, "Déjà Vu," featuring her then-boyfriend Jay Z, polarized fans; a petition was created to re-shoot the video because thousands thought her dancing was "erratic, confusing, and alarming at times," while her styling was "unbelievable and ridiculous." Regardless, the album sold 541,000 copies in its first week and has since pushed over 8 million. It debuted at number one on the Billboard 200—something all six of Beyoncé's solo albums have accomplished—and by year's end, it rounded out at number 38. The Recording Academy nominated it for five Grammys, one of which it would win (Best Contemporary R&B Album).

Still, though, critics were mixed. Though many praised Beyoncé for her "sheer force," others questioned her ubiquity and considered her album to be "undercooked." Man, if only they had the ability to see into the future. B'Day—which dropped 10 years ago today, on her 25th birthday—was the beginning of Beyoncé's coronation. It marked a mature pivot in her career and artistry, and set the stage for her visual ambitions. (She did, after all, make a video for nearly every single song on the album. Sound familiar?) Now she, at the age of 35, has to announce to her audiences on tour that she is not, indeed, God. My what a decade of sheer drive and unfathomable talent can do. The following critics must be secretly reeling. How dare they doubt Queen B.

Entertainment Weekly gave B'Day a B+ rating, which is pretty decent in EW's world. "Déjà Vu" was considered to be "oddly flat" and the productions were, according to EW, "indifferent." Beyoncé's hits, however, were "so thrilling" they made up for whatever dullness may have preceded them. One thing that stood out? Beyoncé's voice. "You’d have to search far and wide—perhaps in the halls of the Metropolitan Opera—to find a vocalist who sings with more sheer force," they wrote.

Pitchfork's Tim Finney awarded B'Day a tepid 7.2 rating, calling it "[Beyoncé's] most sophisticated and her most honest performance to date." Finney said Beyoncé knew she was the only person who could deliver a line like "I can do for you what Martin did for the people" (from "Upgrade U") with "a straight face." The review suggested that Beyoncé had begun making albums rather than collections of singles with filler songs. This wasn't necessarily a bad thing; it was the opposite of what everyone else was doing, since the rise of digital music was killing off the album. Finney wrote, "Having voluntarily stepped down from her pedestal, she now struggles to inspire the same sense of awe: Her songs emote as intensely as before, but their emotions are all too human." For Finney, Beyoncé's all-too-realness was seen as less magical. If only he could have seen the future and known that Beyoncé would go on to make her own pedestal, refusing to plug in to the social media age the way her peers were, and as such, create a new kind of aura and album experience.

Kelefa Sanneh danced around the idea of calling "Irreplaceable" one of the greatest pop songs ever in her New York Times review. Sanneh later called B'Day "fiercer and better than [Beyoncé's solo] debut," but wondered where the blockbuster hits were. The Times' review was cynical and believed Beyoncé was grappling with her ascent to fame and coming to terms with how very replaceable she could be. Sanneh believed "Irreplaceable" alluded to the idea that Beyoncé was acknowledging the need to be radio-friendly. "Beyoncé was still popular," he wrote, "but she was no longer ubiquitous." Time truly changes everything. "We always knew she would score another era-defining hit," the review said. "But, we couldn’t have guessed she would do it like this." Who could, really?

The Guardian's Peter Robinson knows pop music. His knowledge is unending. When B'Day dropped, he gave it 3/5 stars. (The Guardian, under different critics, would later give I Am... Sasha Fierce and 4 the same 3/5 stars; BEYONCÉ got 4/5 stars; Lemonade earned 5/5.) Robinson cited Bey's radio-friendly songs but considered it a disappointment. "It's still a career high," he wrote, "but B'Day could have been released at any point in the last three-and-a-half years and, in a year which has given us tracks like Justin Timberlake's 'SexyBack,' it already sounds stale." That says it all.

Rolling Stone, like The Guardian, gave B'Day 3/5 stars (the same score given to Dangerously In Love). Writer Brian Hiatt felt the album's energy but believed there could have been more. (Hiatt called "Freakum Dress" a throwaway song, which is shocking considering how it's become one of those deep cut party favorites.) B'Day's hooks, apparently, didn't "live up to 'Crazy in Love' or the best Destiny's Child hits." Hiatt considered the album to be something that would never break ground, but would "keep [Beyoncé's] bank balance high." Turns out the album broke some ground, though. Rolling Stone would go on to award Beyoncé more stars with each subsequent album. Lemonade earned 5/5 stars, the first perfect score she's ever gotten from the famed music publication.