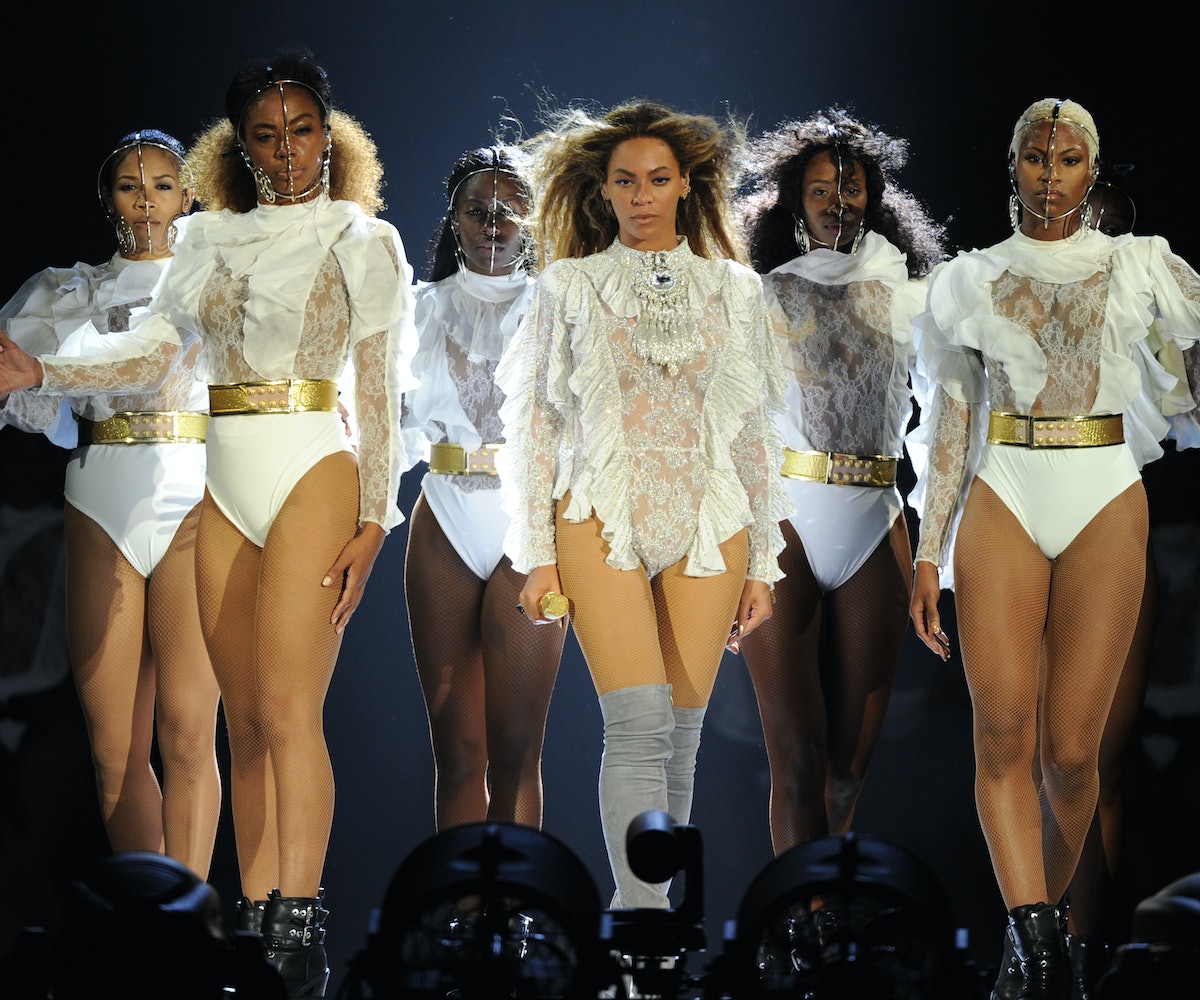 Obviously Beyoncé is part of the Illuminati—perhaps even its glittering master.

From the fake pregnancy to the many signifiers and symbols scattered throughout her various works to even the naming of her child who will one day sit atop the pyramid of world power, the signs are everywhere and unavoidable. (The Daily Dot has a good rundown of some of the best of them.) Really, to think of Lemonade as anything other than a Da Vinci Code–like text prophesying the coming of a New World Order is willful ignorance. Get woke.

Our favorite newish ripple in this longstanding theory, though, is a whopper. Delivered to us via The Root, a social-media post has it that there are not one but two Beys out there giving you life and laying the groundwork for the eventual takeover of the reptilian shape-shifters from the moon (an actual thing that people actually believe).

Unimpeachable evidence! Your mind cannot deny what your eyes have seen. Check out the brilliant discourse on these images.

Now, as much as celebrity cloning (an industry currently run by Queen Elizabeth) is a very real and very nefarious thing, we simply cannot hate on this. Look, some supporting this theory would have it that this clone is a replacement for the original Beyoncé Knowles who died in 2000. We, however, believe that the second Bey exists simply to give all of us the full Bey experience we deserve.

While Bey Prime is in the studio creating another masterwork or tending to Blue Ivy, Beta Bey is out there pre-recording her fake Super Bowl halftime show or spying on Jay Z’s various Beckys. While one Bey is slaying it on the Formation tour, another Bey is collaborating with directors and poets on yet another vital piece of filmic art. While one Bey is orchestrating the next BeyHive attack from behind the scenes, another is planning a fairy-themed birthday party.

And, so, we welcome this particular Illuminati theory with open arms, though it does beg a question: When will each of us get our own, personal Bey clone godmother to guide us and light our way to truth? Hook us up, Queen Elizabeth.