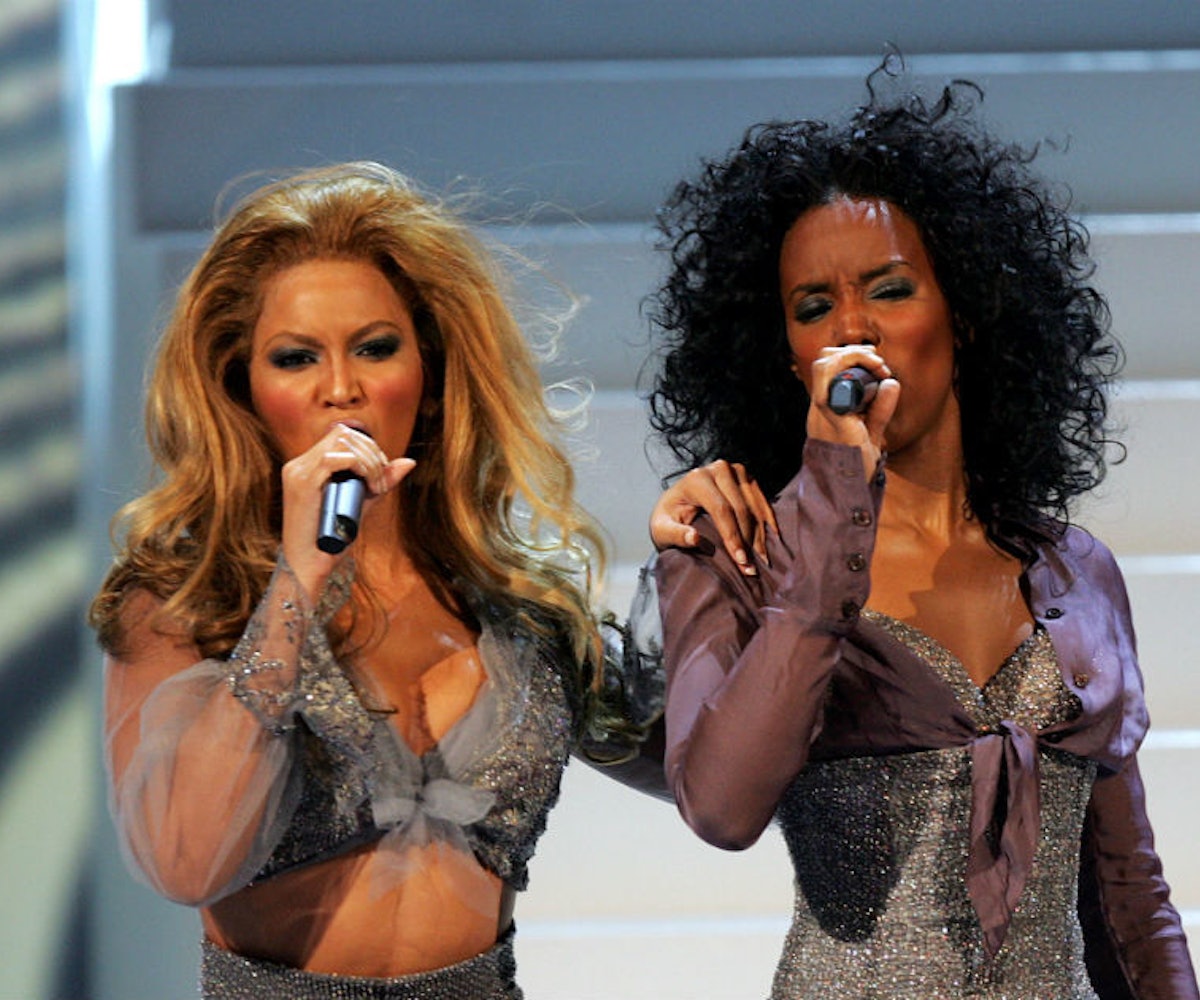 You should know by now to never sleep on Beyoncé. No, seriously, you can’t sleep when she exists in the world because she might drop an album in the middle of the night or on a random Saturday afternoon. There are no naps or eight hours of rest in the age of Bey. So, get ready, because it looks like she might be up to something again.

Last night, fans noticed that a new Instagram account popped up with the name “Rose IV You.” It follows three “people,” Beyoncé, Kelly Rowland, and Tidal.

The video uploaded is of a rose opening slowly with a brief clip of Beyoncé singing and laughing at the end.

Then, yesterday, Beyoncé posted a picture of herself and Rowland from the City Of Hope Charity Gala—one of them posing, the other of them laughing (at us? Because we don’t know what’s about to hit us?? Maybe.)

The kicker: Approximately four days ago, Rowland posted a video teasing a new song that mentions rose petals being at her feet. Her caption? A winking emoji and two roses.

Now, it could all be a coincidence. Everyone loves roses, and Rowland and Beyoncé are friends and hang out all of the time. But Beyoncé doesn’t do coincidences. She’s a planner, she’s stealthy, and she likes to leave clues that we don’t realize are clues until after a new project is released.

Whatever it is we might be getting—a joint album, a new song, a new Destiny’s Child project (please, please, please)—our sleep-deprived bodies will be ready.