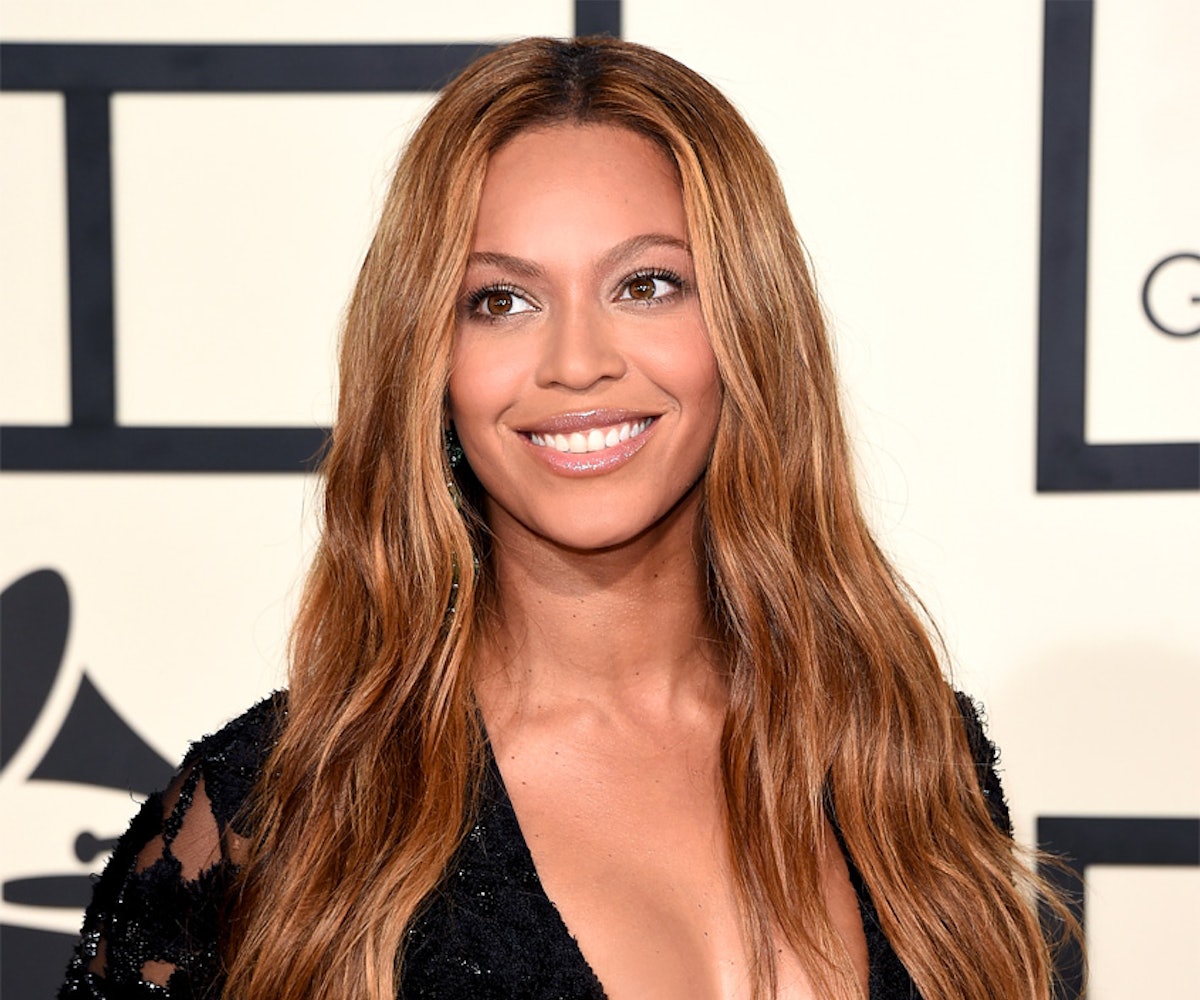 Unretouched photos of Beyoncé's face have been leaked, proving that—contrary to popular belief—she's actually human and woke up like that. We're so used to seeing only post-production images of her that the texture of her skin is somewhat shocking—not because she looks bad (as if she could ever), but because it's such a departure from the glass-like surface we've come to know as her face.

These images show that like most of us, Beyoncé has some pimples and smile lines. It's worth noting that just about no one looks flawless in close-up photos under harsh lighting while wearing a pile of cake-like foundation, but Beyoncé isn't just anyone. And finding "flaws" in someone who is supposed to be flawless is the internet's favorite pastime, especially when that person is notoriously controlling of their image.

Of course, flaws are in the eye of the beholder. So what if Bey is breaking out a little bit, if her smile lines are deeper than we've seen in previous editorials? It's impossible to maintain the luminescence of a 19-year-old when you're in your 30s and have a high-pressure career and are a hands-on mother, regardless of what skin-care companies tell you. Combine that with her work ethic, and you've got a recipe for tired, lackluster skin.

But this is Beyoncé we're talking about, and part of being Beyoncé is being ultra-perfect in a more-than-human sort of way. It's her "brand." But it is important to remember that Beyoncé peddles a particular version of unattainability, which makes the fascination with her humanity understandable. So what does it mean to reveal that she's more like the rest of us than she lets on? It's just a reminder that, behind every gorgeous campaign is a person with pores, who sweats, and has undereye bags and an assortment of other things we are told not to have.

You can see the photos here—but, to be honest, they aren't really that surprising or shocking. Guess what? She woke up like us.