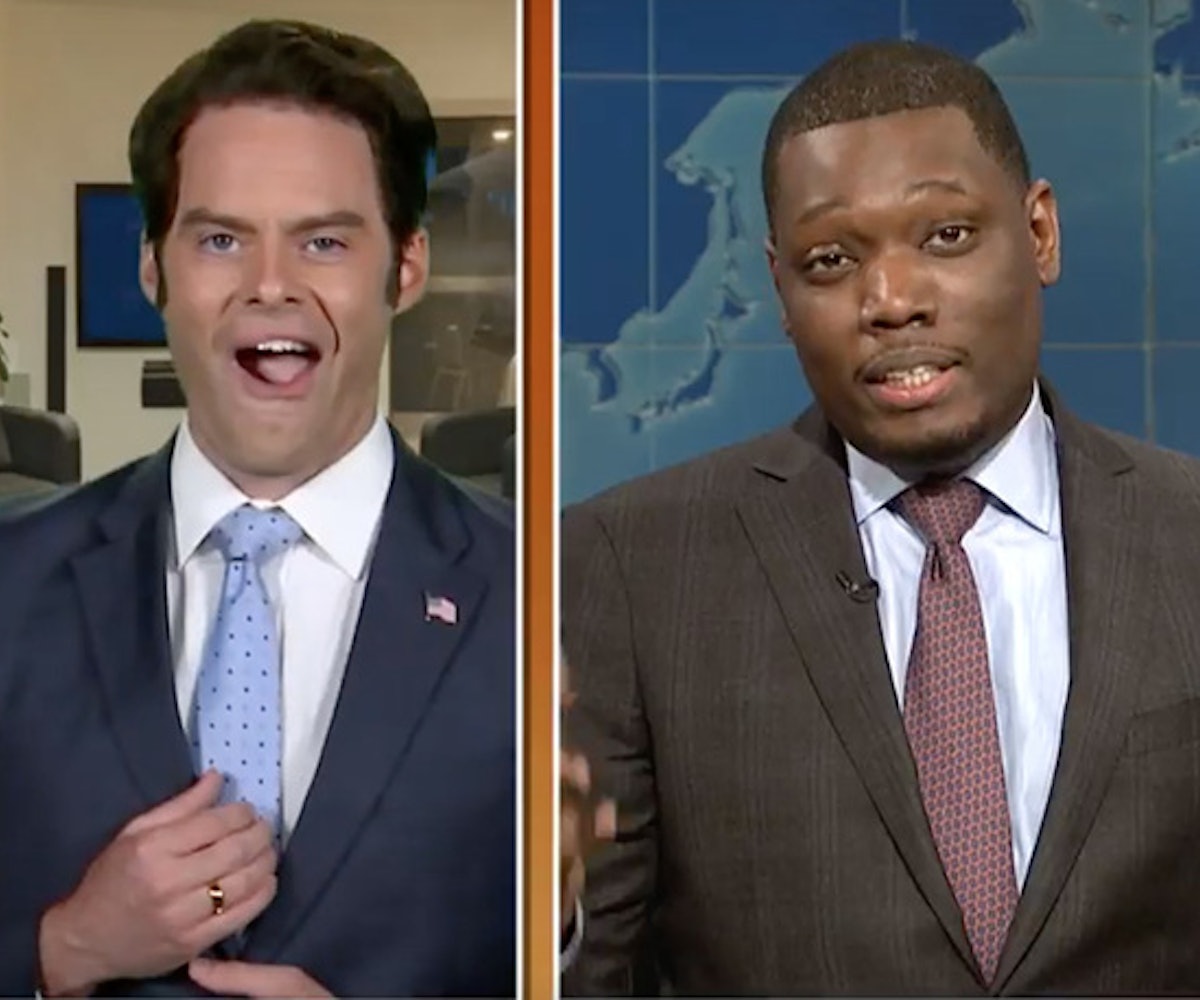 When Anthony Scaramucci hears his name three times, he appears like a "goombah Beetlejuice," Bill Hader explained to Michael Che on the first episode of SNL's spin-off show, Weekend Update Summer Edition, which aired last night. The comedian made a guest appearance via FaceTime to let us know that The Mooch is doing just fine after leaving the White House. He is, however, still looking for a job.

"I guess people didn't like it when I said that, and let me see if I can clean this up for prime time, that Steve Bannon was trying to S his own C," Hader said, referring to Scaramucci's aggressive rant to The New Yorker. "By the by, I was completely misquoted. I didn't say that Bannon tried to S his own C ... he did it!"

But The Mooch, who refers to himself in the bit as "human cocaine," doesn't feel bad about what happened. "The Mooch has no regrets, baby," Hader says. "All I did was sell my company, miss the birth of my child, and ruin my entire reputation all to be king of idiot mountain for 11 days."

Then he asks Che for a job. “You guys hiring over there, because I tell jokes now: Hickory dickory dock, Steve Bannon was sucking...” At that moment, their FaceTime call abruptly ends.