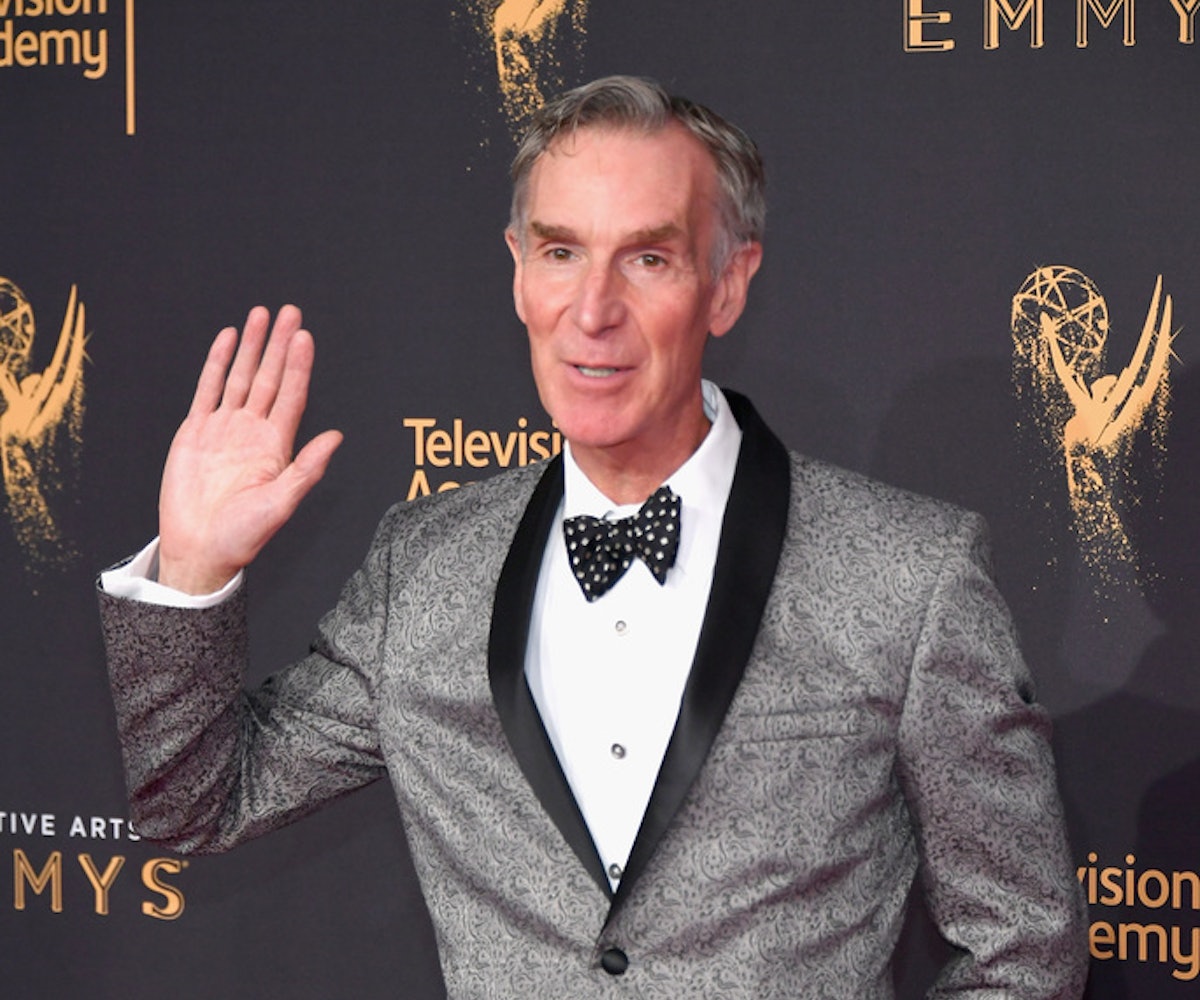 Most of us learned back in middle school that if there's anyone we trust with science, it's Bill Nye. So get ready to feel troubled because Bill Nye is warning us that the hurricanes battering the U.S. are probably not going away anytime soon.

In an interview with TMZ, Nye confirmed that he sees the rise in extreme hurricanes having a direct connection to climate change.

"The deniers will find a way to show that you can't connect [climate change] to any one storm," he said. "But this is probably the future. We've been talking about it for 30 years."

Nye also called out world leaders who aren't doing their part to fight climate change, adding, "It would be great to get to work. Wouldn't it be great to be a world leader instead of a sit-on-your-handser?"

Considering Trump's shocking and awful decision to withdraw from the Paris Agreement earlier this summer, it's not very difficult to guess that Nye is slyly shading the president without even mentioning his name.

Seeing how Hurricanes Harvey and Irma (and Katrina, Andrew, and Superstorm Sandy, to name a few from years past) are and have ravaged parts of the country, it's shocking to see how stubbornly and stupidly Trump and his administration are denying climate change. We should be alarmed at how quickly the effects of climate change are posing active threats to people's safety, and even more concerned that, as Nye stated, certain world leaders are doing little to promote positive change. Instead of creating fake Facebook events on absurd ways to combat Irma, perhaps we should all be actively focused on how to further raise awareness on this issue.

NEXT UP
Beauty
Bella Hadid’s Clip-less Updo Is Going Viral On TikTok
Beauty
King Princess and Quinn Wilson Star In Ralph Lauren’s Valentine’s Day Campaign
Culture
Who Won At The 2023 Grammys
Culture
The Cutest Couples At The 2023 Grammys
Style + Culture, delivered straight to your inbox.