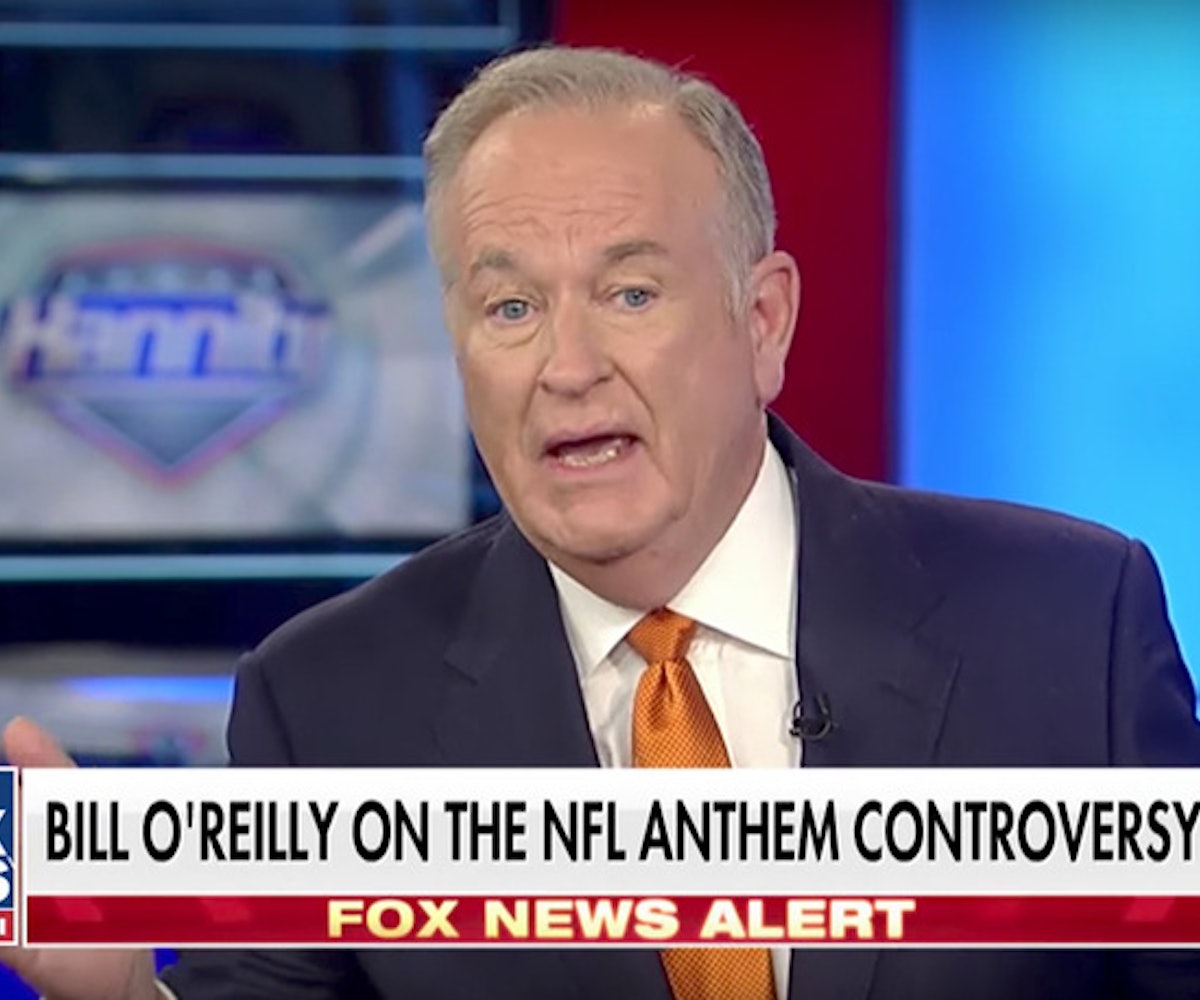 Bill O'Reilly, who was paid $25 million to leave Fox News after years of accusations from co-workers that he sexually harassed them, returned to the network on Tuesday night. He appeared on Sean Hannity's segment to promote his new book, which we won't name here because who cares. During the segment, O'Reilly espoused some truly heinous beliefs.

After telling everyone he had a "great summer," he proceeded to congratulate Hannity on "beating" and "slaughtering" MSNBC host Rachel Maddow in the ratings. He even referred to her as "that woman" rather than by her name. "Didn't beat that woman," he said, "didn't eek by, he slaughtered her." (Maddow was too busy actually reporting the news to care.)

O'Reilly also shared his thoughts on Colin Kaepernick's national anthem protest. He, like the president, thinks it's about Donald Trump and not police brutality against people of color, despite the fact that Kaepernick started kneeling during the anthem in August 2016, before Trump took office. He said that any player who took a knee was disrespecting veterans, even though a lot of vets have shown their support for the movement. "Can you imagine putting your life on the line," O'Reilly asked, "and seeing your American players disrespect the country and the flag?" He also said 65 to 70 percent of people were offended by the protest, which is a made-up statistic he used to support his already really bad opinion.

On top of all this, CNN anchor Brian Stetler pointed out how ironic it is that O'Reilly is welcomed back to Fox to promote his book, but former Fox & Friends co-host Gretchen Carlson isn't. In August 2016, she filed a lawsuit against former Fox CEO Roger Ailes for sexual harassment. At this point, though, this kind of sexism isn't shocking to anyone familiar with the way Fox works.

When asked how she felt about O'Reilly returning to Fox, one of his accusers, psychologist, and former Fox guest, Wendy Walsh told CNN, "That's how it works at the boy's club."

What this all goes to show is that if you're a powerful white man caught sexually harassing women in a professional environment, you might walk away with millions of dollars and a book deal.