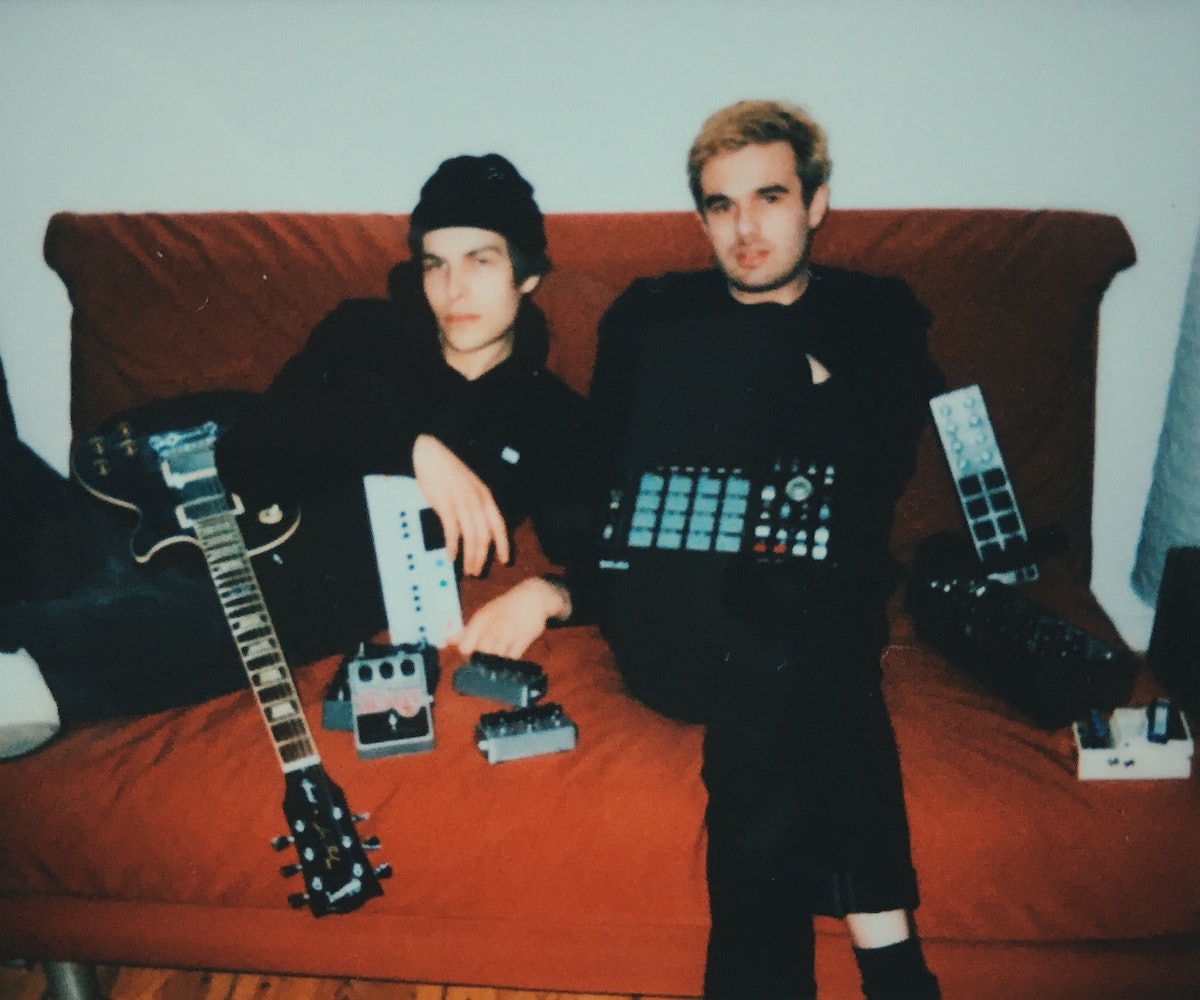 Even when you're good on your own, it's a beautiful thing when the right somebody else comes along and makes you shine even brighter. This is the case for Birthday, the phenomenal 2016 pairing of producer Luka, aka RIP Swirl, and vocalist Kamran. Together, these talented artists complement each other's creativity and make dreamy tunes that are ideal for chill sessions in your bedroom while you reflect on fond memories from the past.

Birthday's laid-back lullabies fall under the indie pop category, as Kamran gently pulls you in with his fluttering voice and Luka sets the mood with a flurry of analog and guitar tones. The result is a handful of soothing tracks with fuzzy textures. If Birthday doesn't make you feel cozy on the inside, nothing else will.

The duo is set to release its forthcoming A/B project on Tombstone Recordings/WeDidIt. Learn more about the boys behind Birthday in the interview, below.

Luka: I’m a fan of the whole WEDIDIT crew. I love the music they put out, so having those guys release our music is exciting.

Kamran: We feel like it should be someone who can cook, so maybe Action Bronson. He just seems like a hoot, too.

L: We spent some time in Hamburg [, Germany] practicing for our first shows, and we were driving around in the sun with the windows open, eating Kinder Country and listening to that first SALES EP a lot; Action Bronson was also a very good listening choice for driving. I actually just found a lot of old CDs, like a lot of Limp Bizkit and Slipknot. Was thinking I gotta drive around with Kam and listen to NuMetal.

L: I was always really into the music my parents put on during Christmas. It was the only time of the year I actually enjoyed what they were listening to, as I was too small to listen to my own music. Old Christmas jazz records are so good.

L: Kam and I usually record by ourselves in our bedroom. But we recently began meeting up every Sunday for a jam, and that's always really fun. I used to prefer to just make music by myself, but I was actually really enjoying that.

K: I once saw someone wearing a New Era-style hat which read "Fuck It," so maybe that.

L: I don’t think we have any. We didn’t play that many shows together yet. We’ll probably drink a beer.

L: Sounds cliche, but I think we’d be good in the '70s. It seemed like a lot of fun, especially for music. The music business seemed less fucked-up and more chill.

L: I guess making music. I don’t really have any other hobbies, to be honest, and I really don’t like to be alone unless I make music.

K: In the passenger's seat of a moving vehicle listening to some premium pop music.

L: My friends and I were really into metal and skating. There wasn’t much we were interested in other than that. We also really hated on all kind of other genres. We all played in a death metal band. I was absolutely convinced that I would never ever listen to anything else but metal.

K: My story is pretty similar, but I got into the smiths and stuff when I was about 13, so made a transition from metalhead to sad jingly-jangly around that time.

K: My ability to hashtag.

L: Not sure if it’s a proper phobia, but I really really don’t like needles. Especially in combination with skin; it kind of fucks me up a bit.

K: I'm scared of everything

L: I would really like to get into some kind of visual artistry. I don’t exactly know what kind, but something so I can make my own artwork and covers.

L: I’ve got two EPs I want to release soon as RIP Swirl, my solo project. Other than that, we’re working on our second EP for BIRTHDAY. It’s almost finished. I’d say it’s a bit less guitars and more R&B vibes.

K: I'm gonna be releasing the first Fake Laugh album soon, which is the other thing I do.

L: It would be really cool to be able to release more music. Kam and I both write so much for our solo stuff as well as for BDAY, and it feels like some of it is never going to come out. Would be cool to have a proper fan base to just be able to drop music whenever we feel like and not having to rely too much on other people to put it out. Maybe our own label or something like that.

K: I just hope to release as much, hopefully good, music as possible. It would maybe be cool to have added another string to my bow, too. Like becoming really good at fencing or something.