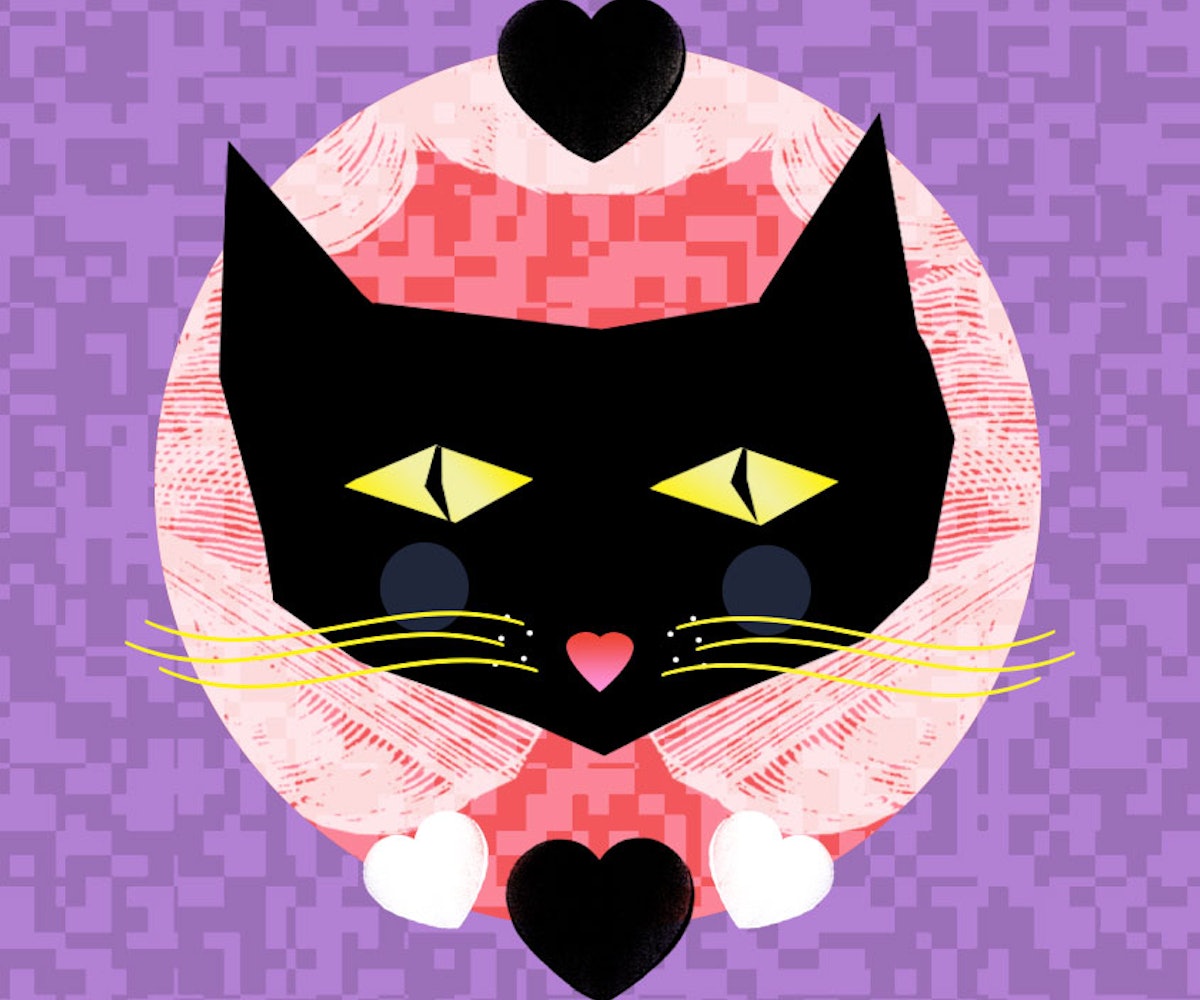 Black cats are the unofficial mascots of Halloween, and whether you celebrate it all year ‘round or just one day, it’s high time to pay tribute to these spooky sweethearts. Cats in general have gotten a bad rap over the long haul, for a variety of utterly silly reasons. Sure, they’re furry little tyrants who shed on our clothes with glee and sharpen their claws on expensive objects with abandon. We’ll admit that they’re occasionally thankless creatures whose bodily waste can be linked to mental illness. And who hasn’t wondered what exactly our cats are staring at off in the distance, or why they insist on knocking the citrine off our carefully arranged altars? Logically, we know that these adorable freeloaders aren’t actually minions of Satan.

That hasn’t always been the case. Over the centuries, cats have had a wildly varied place among humans; they’ve gone from being worshipped à la Bast to murdered en masse as scape-kitties for causing the Black Plague. There are all sorts of gruesome myths about cats of all stripes, but black cats have borne the brunt of our historical ambivalence. In the 17th Century, cats were associated with witchcraft in both Britain and the new-fangled colonies across the ocean, which culminated with the grotesque Salem witch trials of 1692. Sure, a witch could technically claim any cat as her familiar in the eyes of the hysterical anti-witchcraft brigade, but black cats seemed especially suspect. According to John Bradshaw’s Cat Sense: How the New Feline Science Can Make You a Better Friend to Your Pet, one especially horrific “exorcism” in Scotland involved roasting a black cat alive for four days and nights. What the fresh hell is that about?

On the other hand, black cats have their defenders. Sailors were huge fans of having black cats on board their ships for luck. Cats in general have gathered plenty of high-profile fans over the years, from Queen Victoria to Mark Twain and Hemingway. The black cat has been adopted as a symbol of counterculturalism, from the screeching black cat of the Industrial Workers of the World and anarcho-syndicalists to traditional American tattoo motifs as seen in designs by Sailor Jerry.

Even though we’ve generally moved past these sorts of follicular follies, the media can’t resist a good trend piece. Every Halloween, we’re treated to hair-raising reports about the collective misfortune of black cats. There are inevitably stories about the well-intentioned humans who fear their black cats might be nabbed for nefarious purposes, jerks who adopt cats just as Halloween props and return them afterwards, and those who claim that people adopt black cats at a lower rate because they don’t look as good in selfies. Cat lovers shouldn’t believe the hype, according to Dr. Emily Weiss, the Vice President of Research and Development at ASPCA.

First of all, black cats and dogs aren’t being adopted at a lower rate than animals of other colors. “In fact, they adopt more of them than any other color, but where that myth is probably coming from is that there’s simply more of them coming in,” Weiss says. The data the ASPCA has collected simply doesn’t back up the anecdotal evidence, catchy as it may be for headlines. Weiss adds, “I’m not sure if people really do still have superstitions about black cats, but there sure is a myth that people have some superstitions about black cats!” And that selfie theory that was floated in 2014 is “just really kind of silly,” she says.

However, a gruesome urban legend has proven to be particularly difficult to shake, and that’s the fear of black cats being used for ritual sacrifice. Some shelters have elected to limit adoptions of black cats during the Halloween season in the off chance that a would-be adopter is just looking for a feline victim. Of course, this idea sounds familiar to anyone who was around during the Satanic ritual abuse panic of the ‘80s, which somehow convinced otherwise logical adults that everyone from your local preschool teachers to Dungeons and Dragons fans were probably suckling at the teat of Satan himself.

Dr. Weiss doesn’t pussyfoot around the topic. She says that they at the ASCPA believe that it’s much more likely that limiting adoptions of black cats on or around Halloween could keep those kitties from finding their forever homes. “The likelihood that [the cat] won’t get a home increases by limiting access to those cats,” she says, and points out how shelters are taking advantage of the ubiquitous Halloween imagery to promote black cat adoptions, instead.

“We’re not denying that cruelty exists,” she says. “In fact, that’s what the ASPCA is founded upon, is to fight that cruelty, but what we are saying is that…we are taking a myth and turning it into something that is potentially hurting animals at a much greater rate. So let’s get them home.”

Plus, black cats go with everything.

NEXT UP
Beauty
Meet The Beauty Pros Who Keep It Girls Looking Like It Girls
Beauty
Black Lip Gloss Is The Surprising Fall Update Your Makeup Kit Needs
Fashion
Saint Laurent's Front Row Was Black And Pink And Blackpink All Over
Life
NYLON Newsletter: October 4, 2022