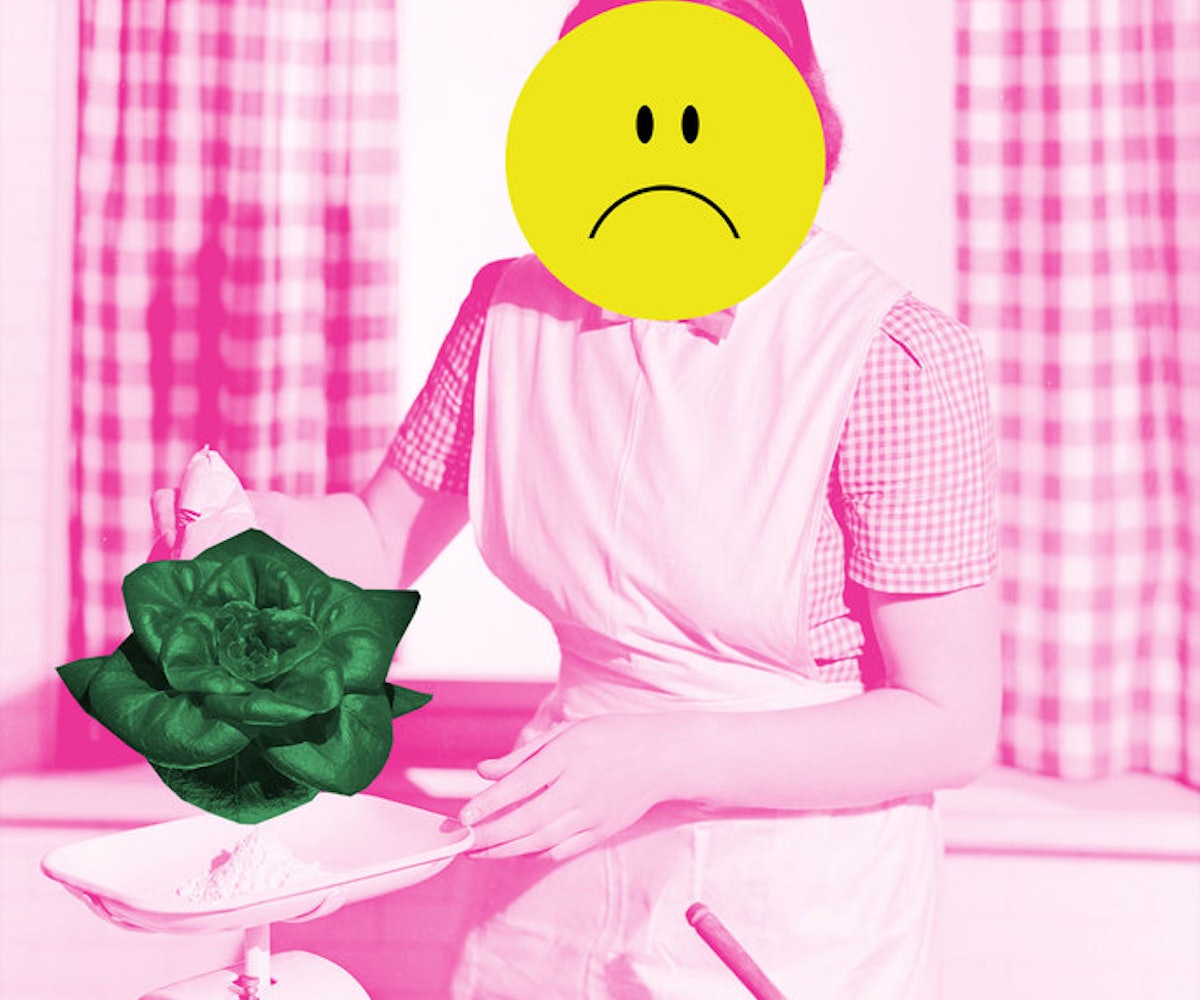 It's difficult to meet a woman who hasn't, at one point in her life, tried to lose weight. Our society's focus on size is something of an all-consuming obsession, and it inhabits all spheres of influence. The mandate to look a certain way is present in everything from the ads that surround us to the magazines we read to the social media feeds we habitually scan. And while recent years have brought about the rise of the body positivity movement, the stigma against overweight people is hardly a thing of the past. Rather, what is passé is the language surrounding our collective concerns: "Dieting" has become a dirty word. But to what end?

A recent article by Taffy Brodesser-Akner in the New York Times magazine, "Losing It in the Anti-Dieting Age," speaks to our culture's troubled relationship with the idea of losing weight, and the way in which words like "dieting" have been replaced with "wellness," "self-care," and "empowerment."

"If you had been watching closely, you could see that the change had come slowly," Brodesser-Akner writes. "'‘Dieting' was now considered tacky. It was anti-feminist. It was arcane. In the new millennium, all bodies should be accepted, and any inclination to change a body was proof of a lack of acceptance of it. ‘Weight loss' was a pursuit that had, somehow, landed on the wrong side of political correctness. People wanted nothing to do with it. Except that many of them did: They wanted to be thinner. They wanted to be not quite so fat. Not that there was anything wrong with being fat! They just wanted to call dieting something else entirely."

While body positivity might feel like a huge step forward for us, it not only doesn't mean that women don't feel pressure to achieve an "ideal" body, but it also isn't doing anything to alter the stigma that society has against larger people. A stigma that, if you read the work of authors like Lindy West and Roxane Gay or inhabit a body that's considered "overweight," you know is still alive and well. Whether it's on airplanes or in shopping malls, the world isn't changing its views of overweight people. They are still pressured to change their bodies. They're just not supposed to do it by "dieting," and they're supposed to want to do it for reasons of health and strength, not appearance.

"Weight isn’t neutral," Brodesser-Akner writes. "A woman’s body isn’t neutral. A woman’s body is everyone’s business but her own. Even in our attempts to free one another, we were still trying to tell one another what to want and what to do. It is terrible to tell people to try to be thinner; it is also terrible to tell them that wanting to lose weight is hopeless and wrong."

So while the concept of "dieting" might be dead, replaced by words like "wellness," the idea is the same: Overweight people—especially women—are a problem to be solved, a question to be answered by other people. And while the way the question is phrased might change, the answer is always: Your body is not just your own; we all have something to say about it.