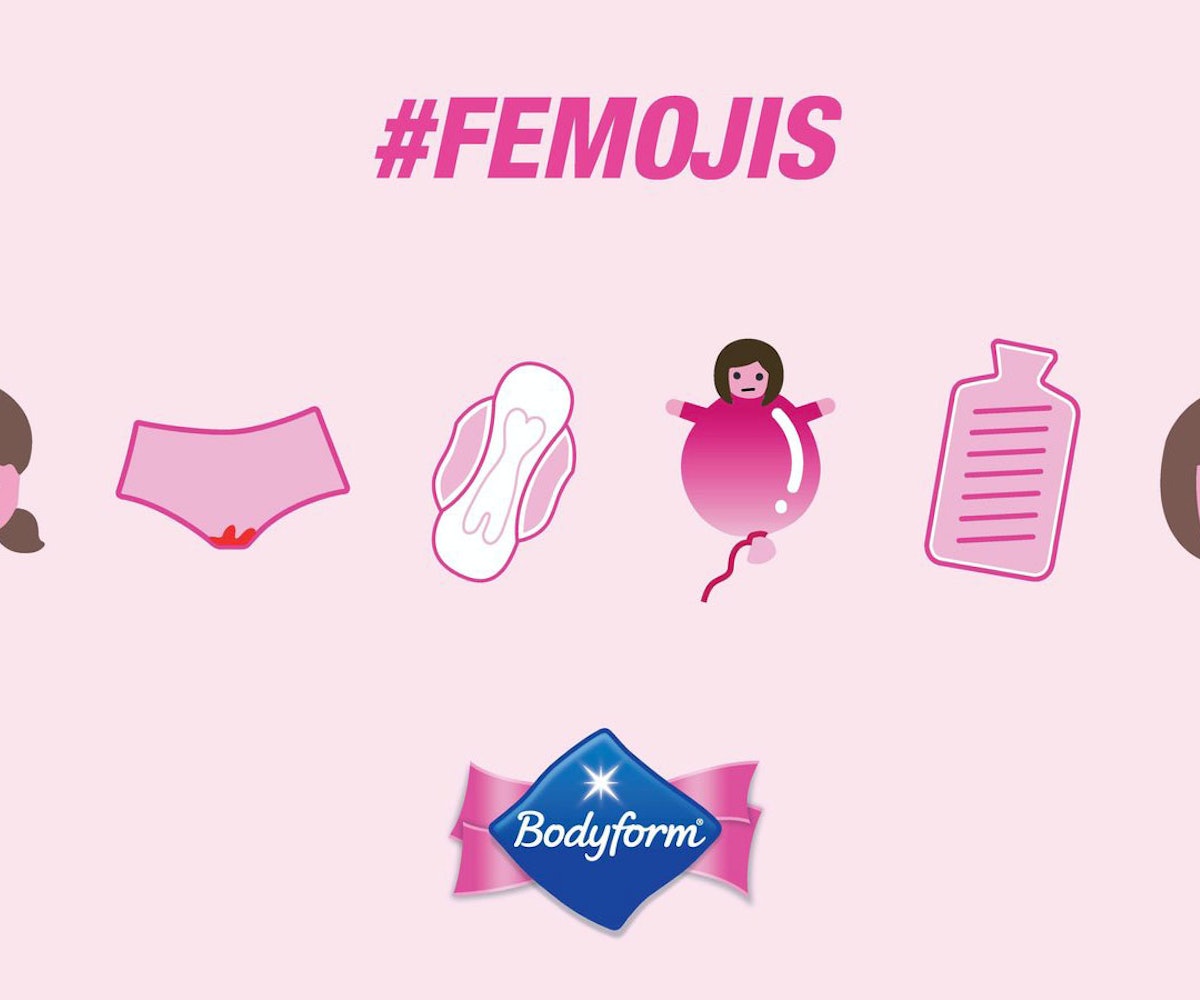 Emojis have come a long way to becoming increasingly more inclusive, but there's always room for improvement. Most recently, we've seen everything from the booty-ful Kimoji, to Introji—emojis for introverts. Now, Bodyform is bringing us the latest emoji evolution: #Femojis.

In case you couldn't tell from the graphic above, #Femojis were designed to help us talk about that time of month, in picture form. Picking the right emoji to describe what exactly you're going through should be easy enough, as Bodyform has generously provided six different emojis to choose from. The company is so serious about their #Femojis, that they've begun a petition aimed at Unicode, the official emoji keyboard, to include their emojis in the next update.

It’s worth noting that #Femoji assumes that everyone who gets their period is a woman. Plenty of people who don’t identify as women get their periods—trans men and gender queer people included. So take note, Bodyform. Also, it's important to ask the question: Is this a marketing ploy? A way for Bodyform to sell more tampons under the cover of benevolence? Maybe. But, whatever—the more ways to complain about our periods via text message, the happier we'll be.