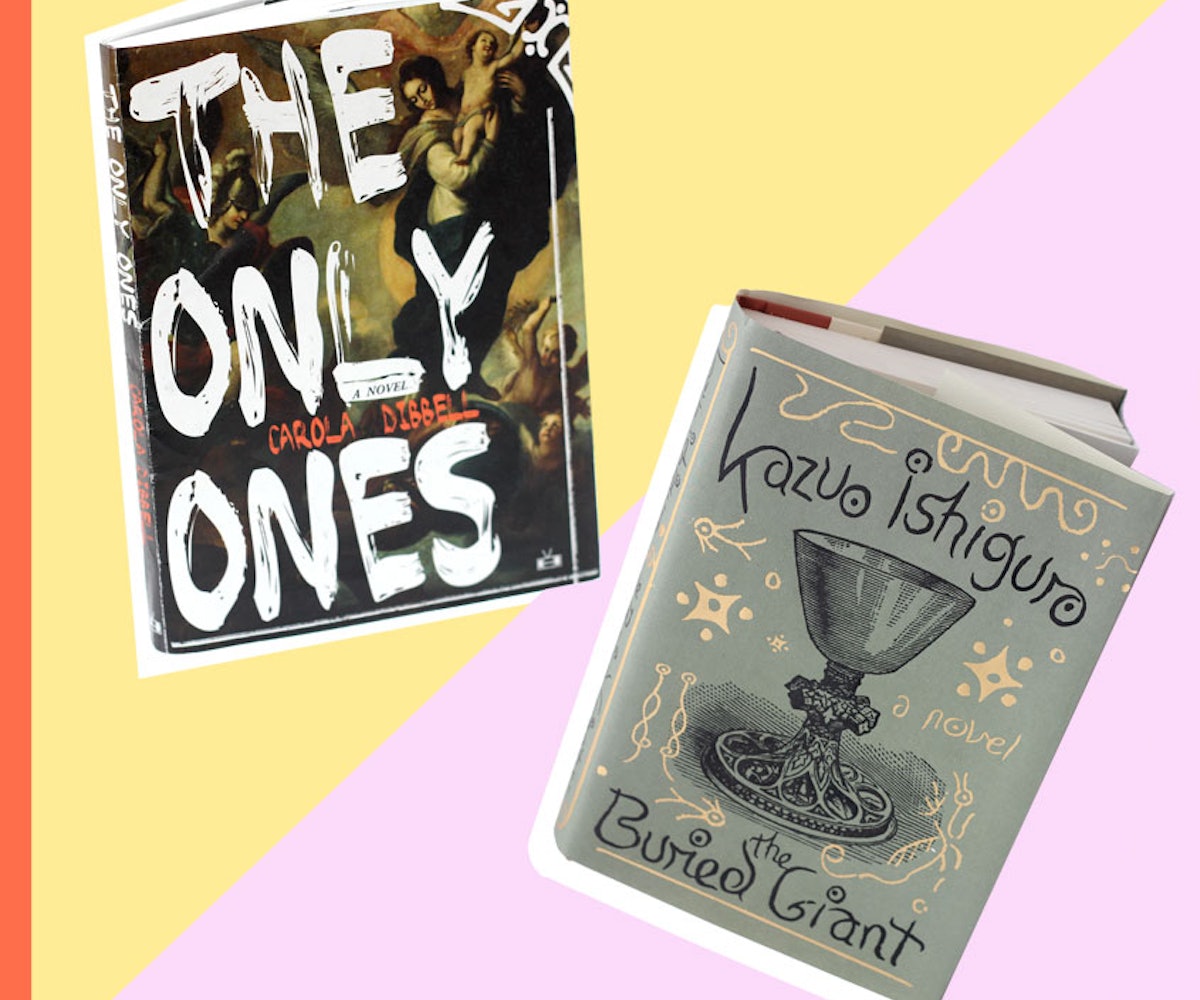 T.S. Eliot once wrote, "April is the cruellest month." But March, with its short and rain-addled days—is not that charitable, either. Here are two of our favorite new releases to curl up with this month.

The Only Ones by Carola Dibbell

Carola Dibbell spent decades working as a revered rock critic, occasionally writing short fiction for publications such as The New Yorker and The Paris Review. Based on her eclectic résumé, it’s no surprise that her debut novel is a genre-bending work of punk-rock science fiction. In a dystopian New York City, the enigmatic Inez is immune to a global pandemic for reasons that remain unclear. Inez makes a humble living by renting out her body for medical experiments; yet, when a plan to reproduce her healthy cells takes an unexpected turn, she finds herself the unwitting mother of her own infant clone, and survival becomes a whole new game with a baby in tow. ANNA FITZPATRICK

The Buried Giant by Kazuo Ishiguro

Kazuo Ishiguro once described youth as being confronted with things you don’t fully understand and having to pretend you understand them. With his new fantasy novel, The Buried Giant, the author suggests that this feeling of being lost never really goes away. Set in medieval England, where a plague causes people to forget their past, the story follows Axl and Beatrice, an elderly couple in pursuit of their missing son. Equipped with only each other, they make their way through windswept country, laden with giants, pixies, armies, and a she-dragon. Each stage of their journey—complete with a cameo by Sir Gawain the knight—signifies a triumph over an unruly civilization as much as their wild mental landscapes. JESSICA CALDERON