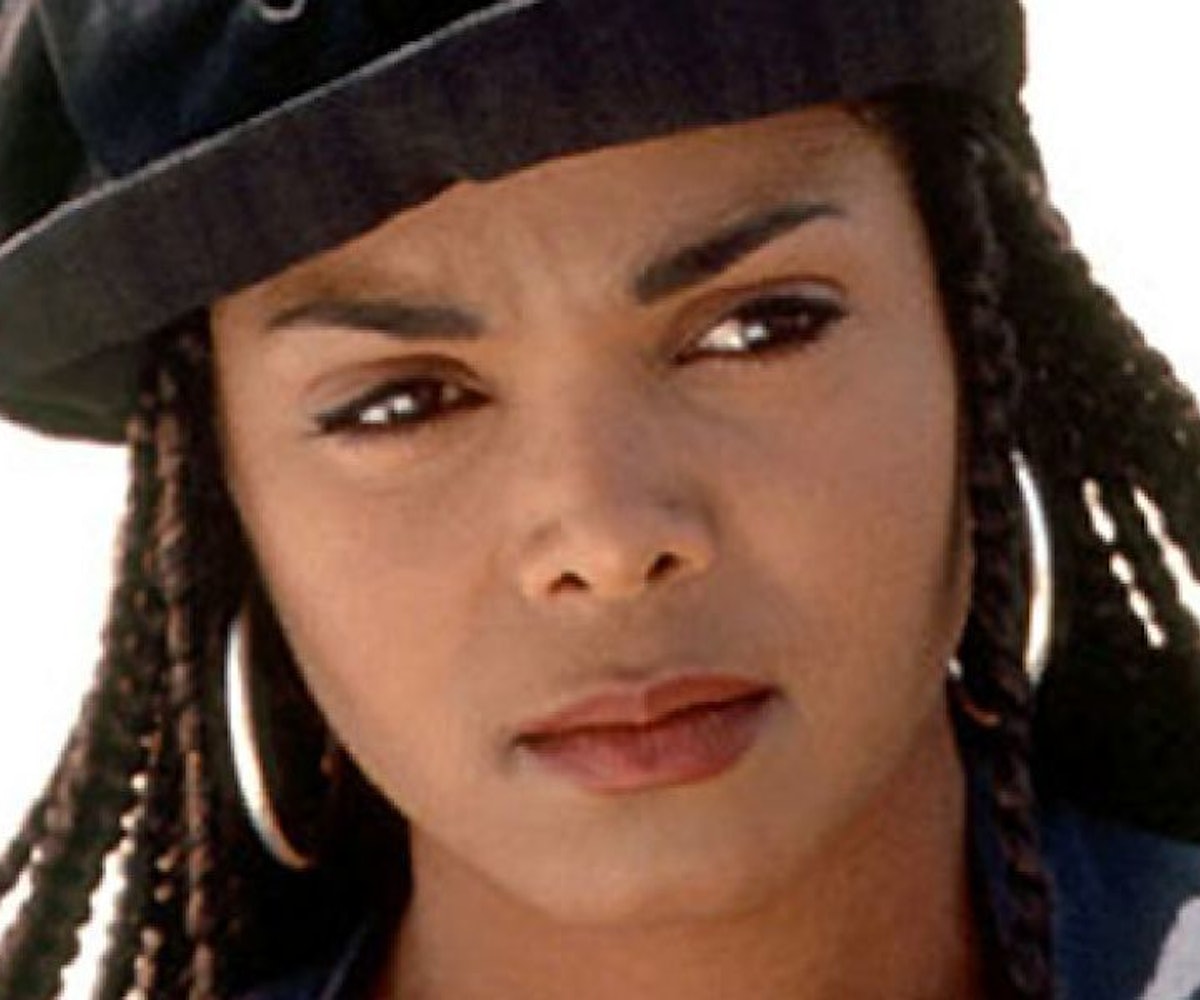 In 1993, Janet Jackson appeared on the big screen wearing a hairstyle that black women would continue to lust after for 25 years and counting: chunky box braids, henceforth referred to as Poetic Justice hair. There are different versions of the braided ‘do, including more micro-sized box braids, á la Brandy in Moesha, or Zoë Kravitz, for a more modern example. Whatever your reference point, the style has been popular since well before the ‘90s and has become even more of a regular sight with the rise of the natural hair movement.

But before living out your own box braid fantasy, there are a couple of things you should know before walking into the salon, like the amount of time it takes to get them done and how to take care of your hair while you have them. For the answers to all the many box braids-related questions, we consulted celebrity hairstylist Ursula Stephen on what you should know before committing to the style. Read up on her advice, ahead.

Before booking your appointment…

Know what style you want and how long you want them to be. Are you feeling more of a thicc, hip-length braided Jackson look? Or a micro-braided bob like Brandy had in the late ‘90s? The choice is ultimately up to you, but Stephen recommends taking into account the health of your hair first. “If you have thinner hair—or hair that’s not so strong—you shouldn’t wear braids that are too tight, too long, or too heavy,” she says. When in doubt, she recommends going small because you can typically keep them in longer. “Sometimes, if the size is too big and the hair is not as strong, it won’t be able to handle the tension.” Then again, the smaller you go, the longer it will take to get it done and to remove, but we’ll get to that later…

Also, consider the type of hair your stylist uses. The one most commonly used by braiders, and the one Stephen recommends, is Kanekalon. It’s softer than other synthetic hair, won’t itch, and looks more natural.

Will take a loooong time. Like, six to eight hours long. So, prepare yourself both mentally and physically. Bring a book, get some work done, add some shows to your Netflix queue, because you’ll basically be spending the equivalent of a work day in the salon. Of course, the exact time will vary depending on the size of the braids and how fast your stylist works, but maybe don’t make plans that evening you can’t cancel—just in case.

It’s also important to communicate with your stylist during the process, especially when it comes to the hair along your edges. If your hair is thinner in that area, let your braider know. If you fall into that category, Stephen recommends starting your braids a little further back or leaving out your baby hairs, so you’re not pulling on an area that’s already sensitive. She points to Kravitz, who often gets her braids on the looser side as an example. “I think that’s smart, so you’re not really putting that tension on the edges,” Stephen says.

Once the braids are in…

Your head will hurt. It’s inevitable and comes with the territory of having a full head of synthetic hair now attached to your scalp. The pain should dissipate in a couple of weeks. If it doesn’t, consider going back to your stylist to have your braids loosened.

A common misconception of a protective style like box braids is that there’s no upkeep required. False. Stephen recommends investing in a braid conditioner or moisturizing spray of some kind (a leave-in conditioner works just fine) because “braids can be drying, especially if you have them in for a long time.” If your hair tends to be on the dryer side (which most natural hair usually is), you can spray every other day or every two days.

Depending on how long you keep your braids in (Stephen recommends around a month, especially if you have coarser hair, to avoid it getting overly tangled or matted), you can also do a light wash. If you don’t want to get your braids wet, a trick Stephen recommends is using an astringent, like apple cider vinegar diluted in some water, on your scalp. “You can put it in a spray bottle and spray the scalp and rinse it off, or you can just put some on a cotton pad and clean your hairline,” she says. “Just to tidy it up a little bit if you feel like you just have to clean it.” To keep things even fresher, make sure to sleep with a silk scarf or on a silk pillowcase at night.

Will be longer than putting them in, since you’re doing all of the work yourself. As frustrated as you might get after, like, hour four, the key is to take your time, especially while detangling. “One thing that you should do before anything is brush or comb out the dirt and get rid of the tangles,” Stephen says. You should apply a detangling conditioner to make the process easier, and use a wide-tooth comb to help loosen up any knots.

A little forewarning: You will notice more shedding than usual. That’s normal. “People get alarmed and think, Oh, my hair is falling out,” Stephen says. “No, you just haven't combed your hair in weeks and, normally, if you comb your hair every day, you will see a little bit come out every day from the ends… So, when you times that by a month of not combing, you're still going to lose that amount.”

Once you take your braids out, try not to move on to your next protective style too quickly. It’s important to give your hair (and edges) a break in between.