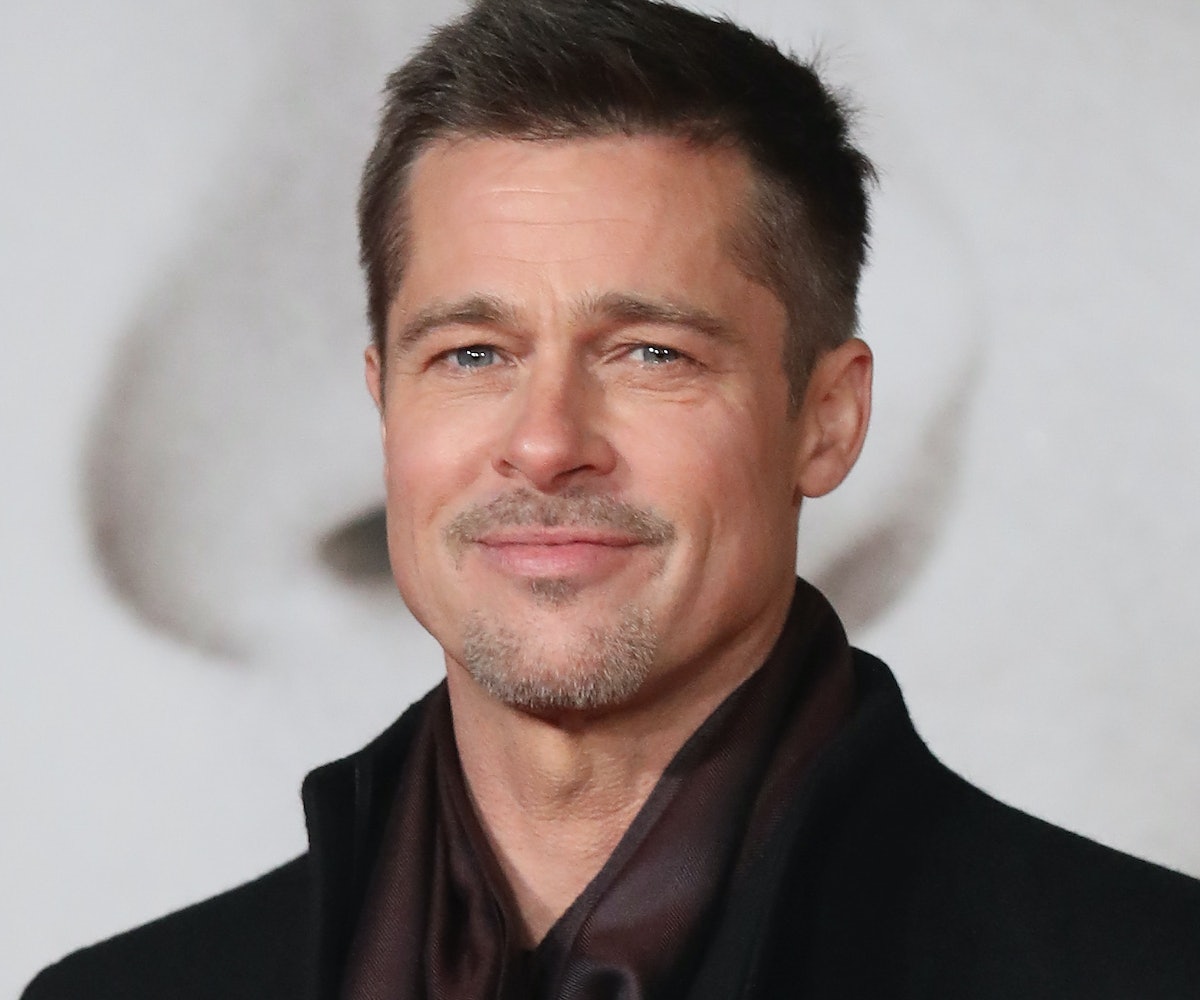 Brangelina is no more. That much we know. Its two members, Brad Pitt and Angelina Jolie, parted ways back in September, and rumors surrounding custody have started ever since the news broke. Pitt’s parenting was, allegedly, at the center of the split, with accusations that he was in bed with Marion Cotillard (the actress has since denied them) peppered in. It’s been a messy time for both parties. Nearly eight months later, Pitt is opening up for the first time.

In an interview with GQ Style magazine, the actor shares what he’s been up to as he tries to put the pieces back together of his now single life in Los Angeles. He’s very candid, veering on existential. It turns out, he lives alone now with his best friend, his bulldog Jacques. He mentions that he and Jolie are still working out logistics when it comes to when he can see their six kids. Details of his divorce are also still being parsed through. In the meantime, he’s picked up some hobbies and even managed to find some time to pose for a photoshoot in various national parks for the piece.

Scroll through to see the most interesting takeaways from the Q&A. You can read the full story and check out the stunning shots of Pitt taken by photographer Ryan McGinley here.

He really likes matcha now, specifically homemade matcha which he makes himself. He’s also made a habit out of making fires every morning and night.

“It makes me feel life. I just feel life in this house,” he explains.

He grew up in caves and had a very religion-focused upbringing.

“We grew up First Baptist, which is the cleaner, stricter, by-the-book Christianity. Then, when I was in high school, my folks jumped to a more charismatic movement, which got into speaking in tongues and raising your hands and some goofy-ass shit.”

He doesn’t like to get directly involved in politics.

“I can help in other ways. I can help by getting movies out with certain messages. I've got to be moved by something—I can't fake it. I grew up with that Ozarkian mistrust of politics to begin with, so I just do better building a house for someone in New Orleans or getting certain movies to the screen that might not get made otherwise.”

He’s just coming around to what R&B is all about.

“I've never heard anyone laugh bigger than an African mother who's lost nine family members. What is that? I just got R&B for the first time. R&B comes from great pain, but it's a celebration. To me, it's embracing what's left. It's that African woman being able to laugh much more boisterously than I've ever been able to.”

In turn, he’s been listening to a lot of Frank Ocean.

“I find this young man so special. Talk about getting to the raw truth. He's painfully honest. He's very, very special. I can't find a bad one.”

Don’t call what he’s going through a midlife crisis. Or, maybe do.

“I interpret a midlife crisis as a fear of growing old and fear of dying, you know, going out and buying a Lamborghini. [pause] Actually—they've been looking pretty good to me lately! [laughs]”

He’s stopped boozing and, instead, drinks cranberry juice and fizzy water, in addition to matcha.

“I was boozing too much. It's just become a problem. And I'm really happy it's been half a year now, which is bittersweet, but I've got my feelings in my fingertips again. I think that's part of the human challenge: You either deny them all of your life or you answer them and evolve.”

He worries about how his fame affects his kids.

“It is a drag to have certain things drug out in public and misconstrued. I worry about it more for my kids, being subjected to it, and their friends getting ideas from it. And of course it's not done with any kind of delicacy or insight—it's done to sell. And so you know the most sensational sells, and that's what they'll be subjected to, and that pains me. I worry more in my current situation about the slideshow my kids have. I want to make sure it's well-balanced.”

Speaking of his kids, he has no interest in bringing his custody battle to court.

“I heard one lawyer say, ‘No one wins in court—it's just a matter of who gets hurt worse.’ And it seems to be true, you spend a year just focused on building a case to prove your point and why you're right and why they're wrong, and it's just an investment in vitriolic hatred. I just refuse. And fortunately my partner in this agrees. It's just very, very jarring for the kids, to suddenly have their family ripped apart.”

He also has no interest in writing a book.

“I find writing too arduous… I don't really care about protecting the narrative. That's when I get a bit pessimistic, I get in my oh-it-all-goes-away-anyway kind of thinking. But I know the people who love me know me. And that's enough for me.”

“I wish I could just change my name…Like P. Diddy. I can be Puffy now or—what is Snoop? Lion? I just felt like Brad was a misnomer, and now I just feel like fucking Brad.”