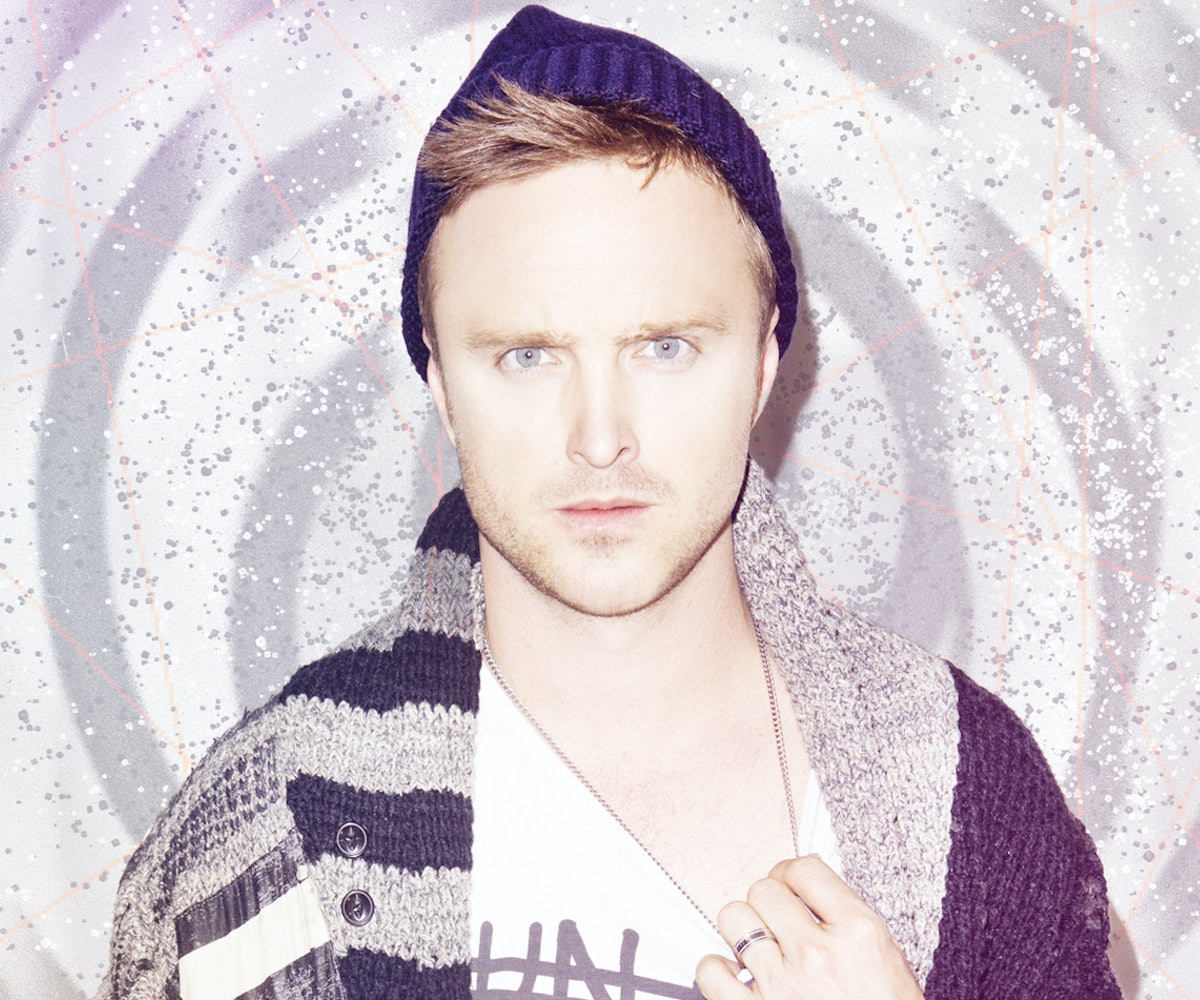 We're dubbing this weekend Breaking Sad, and it's because the beloved AMC seriesBreaking Bad is premiering its sixth--and final--season on Sunday night. And the thought of dwindling time with loveable junkie-turned-meth cook Jesse Pinkman is a bummer.

But it's not all bad news: The actor who plays him, Aaron Paul, is on the cover of this month's NYLON Guys, and gives us plenty of reasons to look forward to what he does post-Breaking. (Need more proof? Just watch this episode of NYLON TV.)

You can read all about them in the issue, but here's the behind-the-scenes scoop he gave us on the soon-to-end TV series:

It's All In The Details:

"You want to talk about obsessive? [Breaking Bad creator] Vince Gilligan will have an hour-long conversation about the color of toenail polish when Skyler is stepping onto the bathroom mat. His attention to detail is insane."

He Loves Jesse's Fashion Sense, Too:

"Wouldn't it be great to have, like, an 'Evolution of Jesse' fashion section [in a museum]? When the show started, I could easily fit both my legs into one of Jesse's pant legs. Now, he's still in his ridiculous bedazzled shirt, but at least the clothes have kind of shrunk a bit."

Why You'll Hate The Ending No Matter What:

"Even if [the finale's] perfect, people just don't' want it to end. I don't want it to end!The entire last day I was walking around on set saying, 'This is terrible, this is just awful, why is this happening?' It became kind of a comedy because I was so tragic."