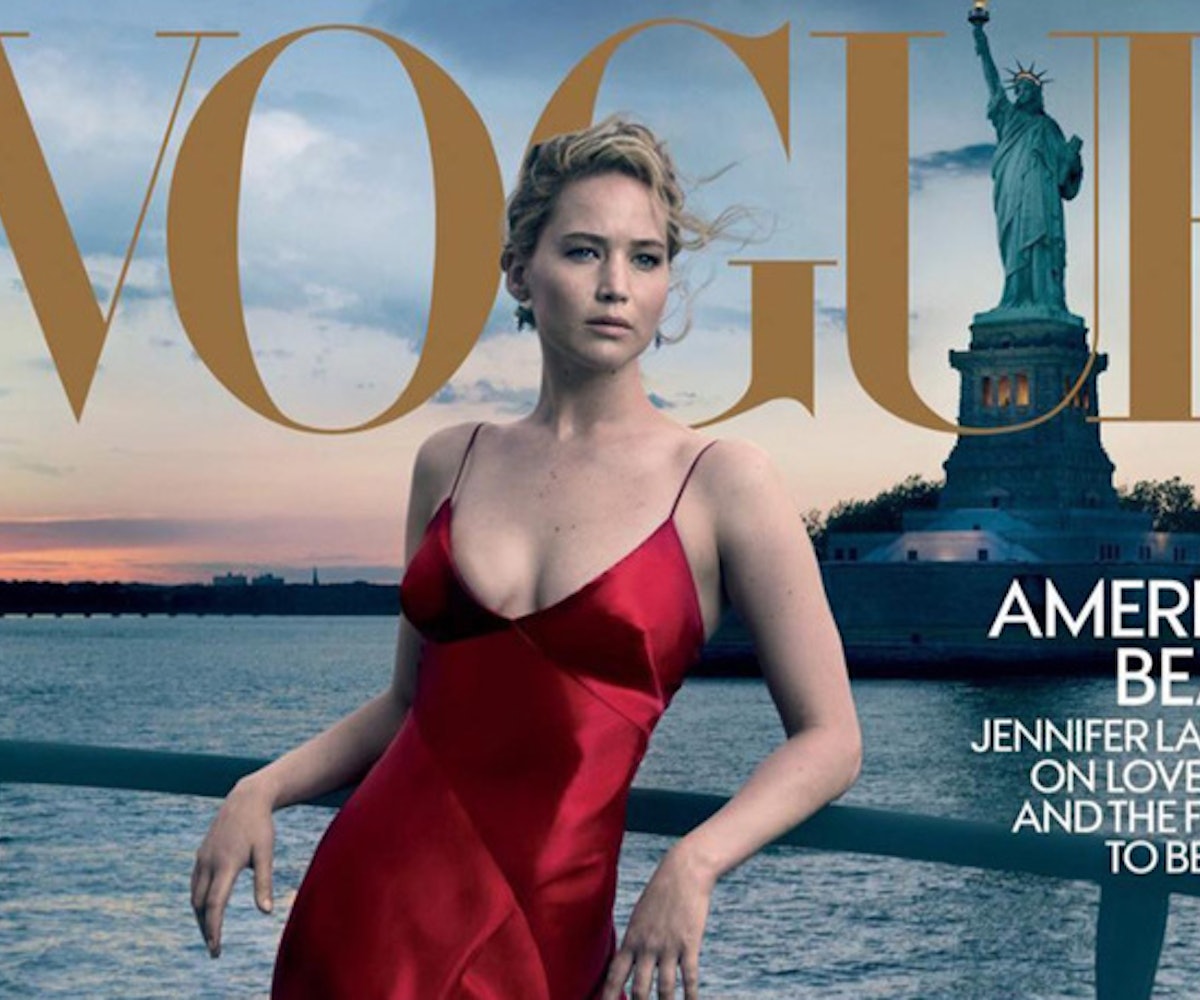 Breitbart editor John Carney seems to have been personally offended by the recent cover of Vogue, on which Jennifer Lawrence poses in front of the Statue of Liberty in a red dress. Because these are the times we're living in, he considered the mere presence of the statue an attack on Donald Trump and his supporters.

"We're going to have to create a full #MAGA shadow cultural industry because the Opposition Media can't even do fashion without attacking us," Carney tweeted, along with the image shot by Annie Leibovitz.

Then, he suggested Breitbart launch their own fashion vertical. "Lots of women who would like their fashion without leftism." Okay. With not much to go off of, how an image of the Statue of Liberty has become "left" is still unclear.

People were immediately confused. "Lol at the idea that the Statue of Liberty is explicitly anti-Trump now," someone tweeted.

"The Statue of Liberty belongs to all of us, you hateful human carbuncle," journalist Lauren Duca wrote. "The only thing bigots can claim ownership of is racism."

Carney responded to the criticism by saying if the Democrats "want the Statue of Liberty to be a non-partisan symbol of America, don't make her central to your case against immigration reform." He then pointed to magazine covers that have used the Statue of Liberty to comment on the president and his current administration. Only, all of them were designed with the intention of symbolizing Trump's destruction of America. The Vogue cover, that marks the publication's 125-year anniversary, was literally just a photo of a beloved American actress in front of the statue.

It looks like the boys at Breitbart are becoming a little paranoid. I bet Carney could really use a safe space right about now.

It's ironic that the alt-right is so offended by the Statue of Liberty, but Trump making a joke about police brutality or assaulting 15 women is perfectly fine.

This isn't the first time Trump supporters have viewed a benign display of patriotism as an attack. Last month, NPR was met with outrage from team #MAGA after tweeting the Declaration of Independence. One Trump supporter called it "horsechit."