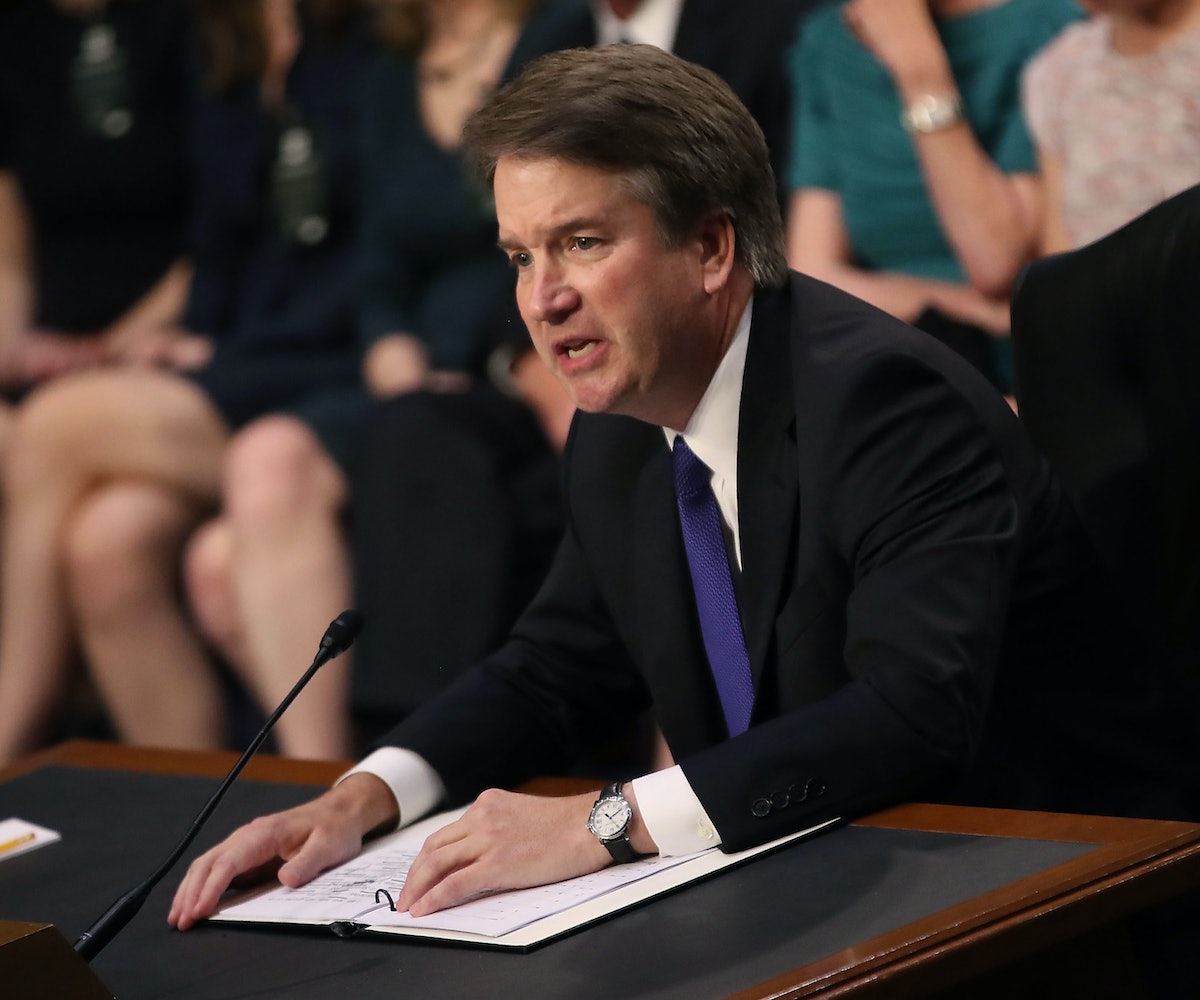 Need more proof that President Trump’s Supreme Court nominee Brett Kavanaugh is a human piece of garbage? He may have sexually assaulted a girl when he was in high school, according to a report from the New York Times. The alleged victim sent a letter to Capitol Hill detailing the event, which has not been released to the public. The Times has received details of the alleged assault from three people familiar with the contents of the letter.

The letter reportedly states that when Kavanaugh was a student at Georgetown Preparatory School, he and another male student forced a teenage girl into a bedroom. The boys had been drinking at a social gathering and turned up the music in the room so that no one could hear what was happening. The Times writes that “the door was locked, and she was thrown on the bed, the letter says. Mr. Kavanaugh then got on top of the teenager and put a hand over her mouth.” The alleged victim says that she was able to escape before anything else happened.

Kavanaugh denied the allegations, saying in a statement to the New Yorker, “I categorically and unequivocally deny this allegation. I did not do this back in high school or at any time.” Republicans are standing by him, and the White House has basically accused Democrats of playing dirty by releasing the information in order to derail Kavanaugh's confirmation—even though, as of this article's posting, his confirmation is still moving ahead. The FBI has not opened a criminal investigation into the alleged assault, although it has added the letter to Kavanaugh's file.

NEXT UP
Fashion
Bottega Veneta Just Dropped The Next It Bag For Spring
Entertainment
Ebony Riley's "Deuce Deuce" & 9 Other New Songs Out This Week
Culture
TikTok Dating Advice Is Hell On Earth
Culture
13 Valentine’s Day Gifts Under $100
Style + Culture, delivered straight to your inbox.