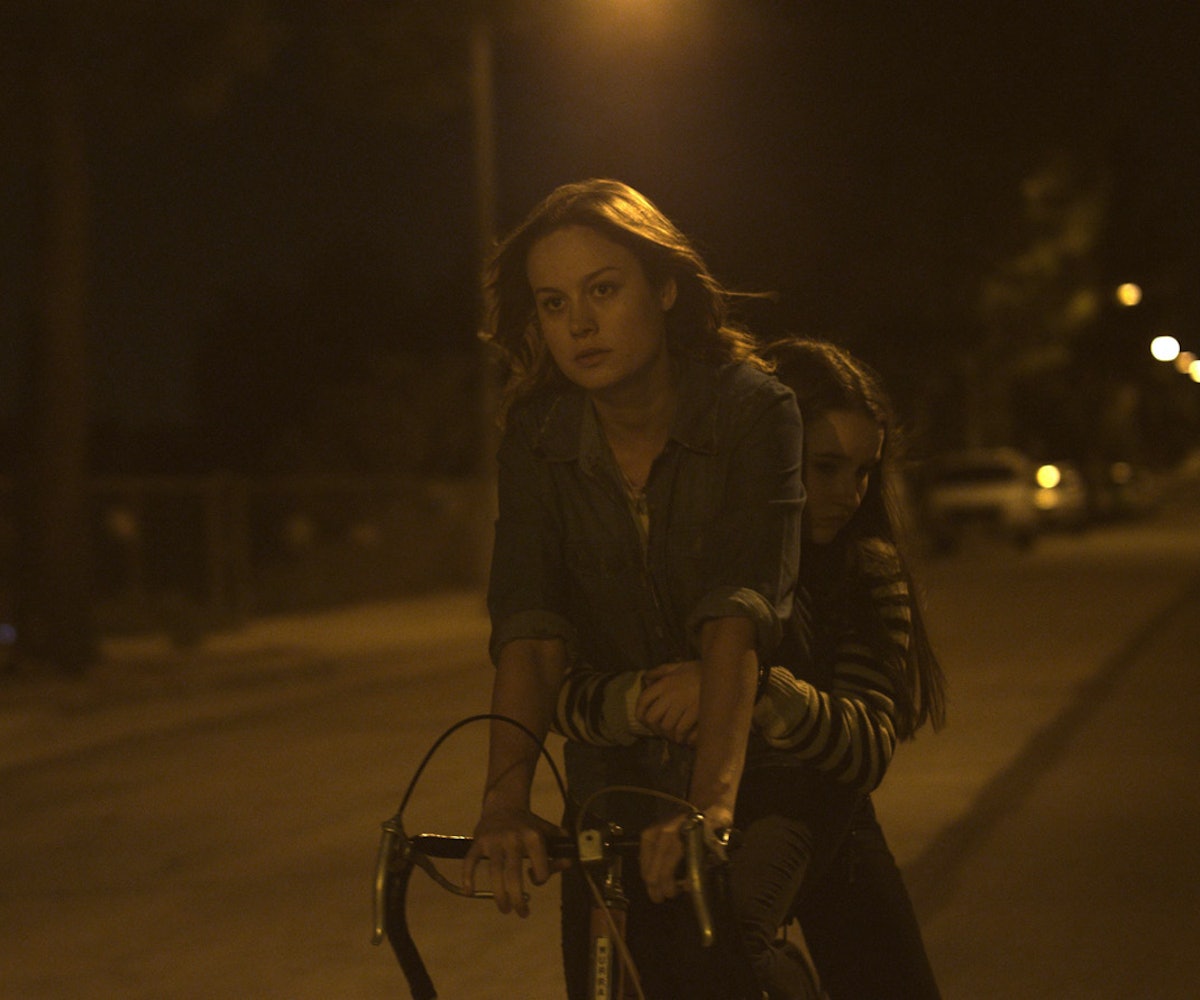 It seems like every time she has a movie coming out, Brie Larson gets tagged as the Next Big Thing. And yet somehow the Sacramento-born 23-year-old has remained under the radar. Until now, that is. With three movies--The Spectacular Now, Short Term 12, and Don Jon--out this year, each showcasing a different side to the actress, this might finally be her time. Just before Short Term 12, a film starring Larson as a supervisor at a foster-care facility for at-risk teens, comes out on Friday, NYLON sat down with the on-the-verge It Girl to talk working with Joseph Gordon-Levitt, not falling into the Hollywood system, and dancing on the subway.

Short Term 12 is a very different film from Don Jon--how important is it for you to get diverse roles?

It's very important to me, but I think in different ways. One is that I like the change of face and using different muscles, I don't like repeating myself or getting stuck in any one mode. I also think it adds to the fun and the mystery. I like the confusion that people won't know which one is closer to me.

Does it feel like, in this age of social media, everyone thinks they know everything about their favorite actors?

There's this infatuation right now with really trying to know someone and be like them and to mimic someone else, and I think as an actor it's extremely important that my personal life does not involve or does not color the character that I play; it allows people to fall into the experience and enjoy each thing as its own thing rather than it being related to anything that has to do with me. I don't actually believe that acting has anything to do with me personally--that's why I do it. If I wanted it to be about me, then I could just be in reality TV. I don't want it to so that's why I play characters. Also, because I'm a female, the most important and exciting part of the woman is the mystery. It's not the taking off of the clothes; it's the implication of what's behind it.

What was the experience like with Short Term 12? It's a pretty powerful movie, I can't imagine stopping filming for the day and, say, partying.

It was really consuming, but that's impossible to avoid when you're working on something for 12 hours a day. I also felt really strongly about the foster care world. I wanted to make sure that if staff or kids who are in that system were to see the film that it would strike them as being an honest representation of it, it wasn't going to feel like when politicians roll their sleeves up to their elbows and act like they're one of the people because it's just not the case. So that was an all-consuming kind of feeling but I was sad to say goodbye to Grace when I was done.

Don Jon is Joseph Gordon-Levitt's directorial debut; is there an extra level of excitement working with a newbie?

There is something, if you connect and believe in a first time director, that is very special about being chosen to be part of their journey. I felt very honored that I got to be part of Joe's first film because that's a big moment for him, so to have been chosen as part of his pocket knife is really cool. But I don't have anything against bigger films. I love rooting for the little guy but it's not the end all be all for me, it's just finding films that are not manipulative, finding films that are not about things that are cheap, or to make a quick dollar, because the material financial gain is not what's important to me. I want to try and kill that part of the industry any way that I can so I just don't participate in it.

How hard is it to find awesome roles, like Grace in Short Term 12, as a 20-something woman in Hollywood?

It takes a little bit more searching. It's not necessarily the things that are on the surface, but I'm committed to finding them. Also, if I can't find the thing that is speaking to me or fits in with the moral code that I, I'll just write something. There's pressure in any job, there's a hierarchy, which is any job, but I don't believe that power exists and I don't believe time exists, I don't think anything really needs to done in the way or the time frame that people believe it to be. So I've just learned to release myself to that. Specific things like someone believes I have to make a decision and say yes or no to a project by the end of the day and I'm not ready to make the decision, then perhaps these aren't people I should be working with because I don't work that way. It's never fun and it's never honest to make a decision when you're not ready to make a decision.

So the projects you say yes to you're really excited about. Any that you've just worked on that you're stoked about?

I just did a musical in India that I just got back from a month ago, it was cool. I do sing and dance--and ride a horse and jump on a moving train. I do all sorts of crazy things; I'm also a scientist. It's a weird movie called Basmati Blues.

That must have been one of the best roles to prep for.

Yeah, the preparation was really fun. I had dance class every day for a couple of weeks before I flew to India. The philosophy for me in doing this musical was that, there is dancing required, but it's not about me and people watching the movie and going, 'Oh Brie's a great dancer,' it's about recognizing that that can be part of your day-to-day life. Like I want to dance, I want to sing, I want to explore, I want to be silly. We have legs, we have eyes, we have vocal cords, and we suppress that. So it was fun for me in the lead up to explore this movement more and I was just dancing all the time. Everybody should take a dance class, I'm actually now obsessed with the idea of being in a dance piece of some kind. It's more than what we think, it's beyond words, it's an emotional thing, it's an abstract thing that makes people feel and it represents something else which is relevant to the human experience.

I dance on the subway! I'm always listening to music in New York and I dance on the subway and I think it's an important thing for people to view. Like, "Oh, I don't have to just sit there in my own subway world, I can explore the things that are beyond my fingertips and it's OK."