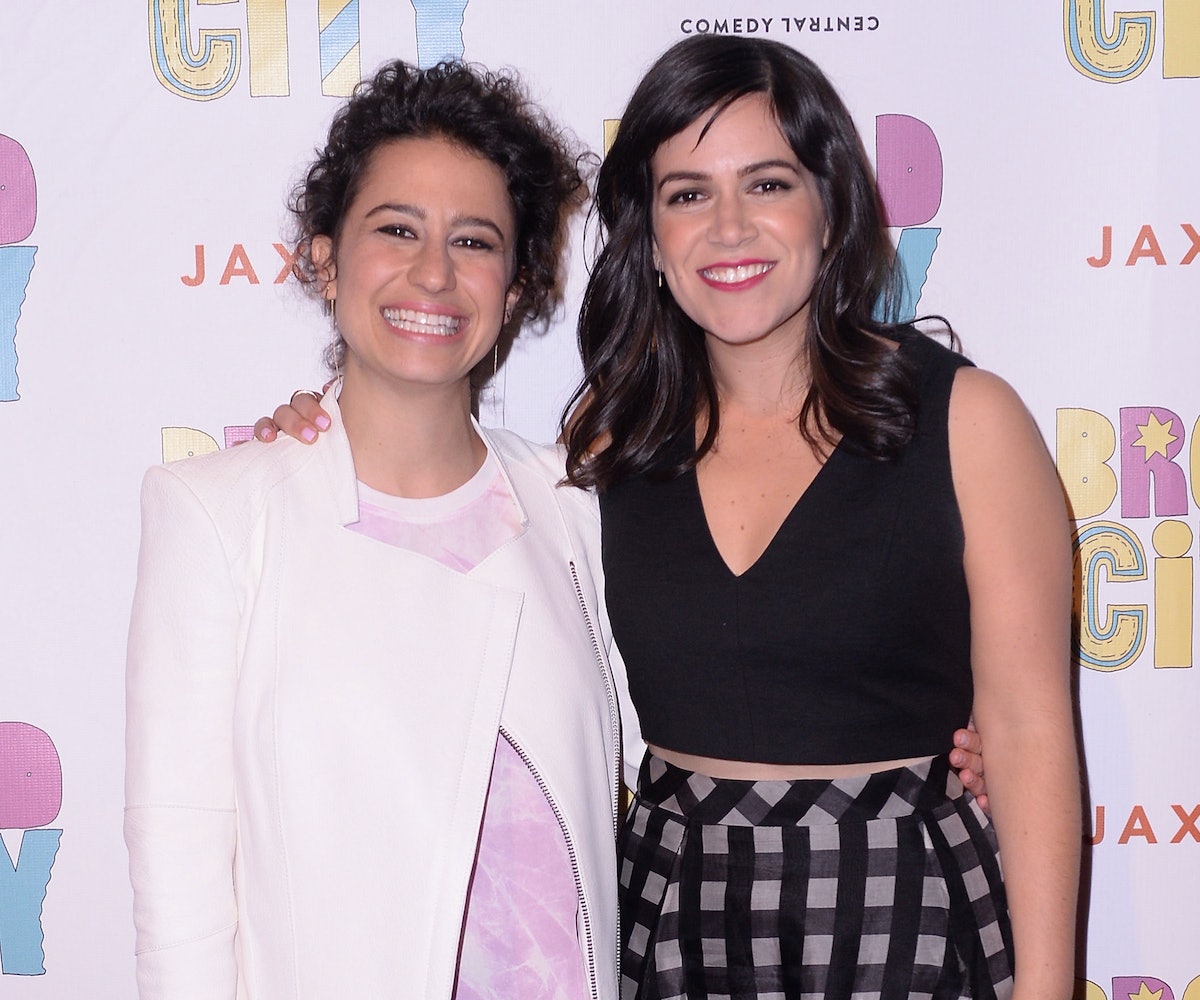 Landing the cover of a fashion magazine is always a big feat for celebrities, but shows the world that you've made it better than your very own doll. The ladies of Broad City have received the doll treatment courtesy of a creative fan that really thought outside the box for this project. (You could say that they were inspired by Russia!)

Handmade by Bobobushka, the painted set of nesting dolls comes with a large Ilana Glazer, a medium-sized Abbi Jacobson, and then a small Bingo Bronson. (You know, that creepy yet charming creature that Abbi imagines after she has her wisdom teeth removed.) Ilana's doll is even made out of real human hair which is a little freaky, but something that we would totally expect if it was actually the brainchild of Broad City.

The set was on sale for $120 when it was available at Pygmy Hippo Shoppe in Los Angeles. We're not sure if we want a re-stock per say, but we support the craft! Broad City returns to Comedy Central on February 17 at 10:00pm EST.

NEXT UP
Fashion
Kanye West & Gap Have Officially Broken Up
Life
Paul Mescal Is A Single Dad In Emotional Aftersun Trailer
Entertainment
Who Will Rihanna Bring To The Super Bowl?
Life
October 2022's Must-Read Book Releases