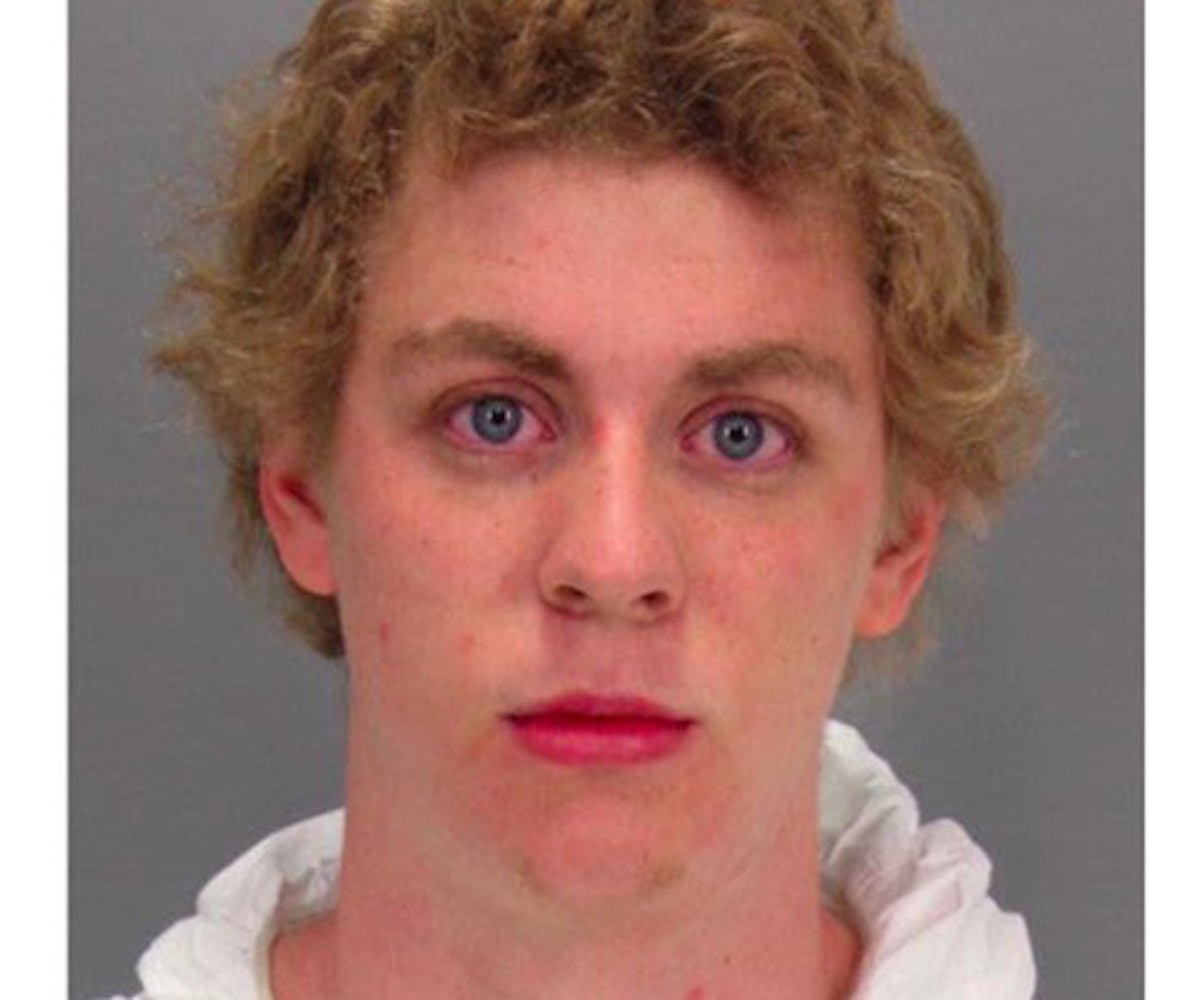 Former Stanford University student and, excuse me, real piece of shit Brock Turner, who served just three months in county jail for sexually assaulting an unconscious woman in 2015, is appealing his conviction and requesting a new trial, claiming due process violations, including "prosecutorial misconduct." He claims that Deputy District Attorney Alaleh Kianerci "tainted" the jury, by stating that the assault took place behind a dumpster when it, according to him, occurred "between a three-sided trash enclosure and a basketball court."

In a 172-page brief filed Friday in the Sixth District Court of Appeal, Turner says the graduate students, who found him assaulting the woman outside the Kappa Alpha fraternity house, approached from the basketball court, which means he and the victim, referred to as Emily Doe, weren't obscured. He claims the "behind-the-dumpster" description "implied an intent on the appellant’s part to shield and sequester his activities with Ms. Doe from the view of others" and "moral depravity, callousness, and culpability on the appellant’s part because of the inherent connotations of filth, garbage, detritus and criminal activity frequently generally associated with dumpsters,” the brief states. “The cumulative effect of this misleading course of conduct deprived appellant of a fair trial.”

Turner also criticizes Santa Clara County Superior Court Judge Aaron Persky for not instructing jurors to consider lesser charges—as if there could possibly be a lighter sentence for this kind of crime—and excluding testimony from character witnesses, who Turner claims could have helped prove he wasn't lying about the sexual encounter being consensual. Persky received backlash for the lenient sentence of six months in county jail, only three of which Turner ended up serving, but was eventually cleared of misconduct.

In March 2016, Turner was found guilty of assault with intent to commit rape of an intoxicated woman and sexually penetrating an intoxicated and unconscious person with a foreign object, according to The Mercury News. He's had to register as a sex offender for the rest of his life.

“Brock Turner received a fair trial and was justly convicted,” Santa Clara County District Attorney Jeff Rosen said on Friday. “His conviction will be upheld. Nothing can ever roll back Emily Doe’s legacy of raising the world’s awareness about sexual assault.”

Doe recounted the assault in a powerful 12-page statement that went viral. "You don’t know me, but you’ve been inside me," the statement began. She went on to say that Turner's defense, that he was drunk and therefore not in control of his actions, was not an excuse. "[A]lcohol was not the one who stripped me, fingered me, had my head dragging against the ground, with me almost fully naked," she wrote. "Having too much to drink was an amateur mistake that I admit to, but it is not criminal."

Her statement prompted then-Vice President Joe Biden to pen an open letter in response. "I do not know your name—but your words are forever seared on my soul," he wrote. "Words that should be required reading for men and women of all ages."

Turner's brief also argues that he was denied due process and a fair trial because the prosecution failed "to present constitutionally sufficient evidence as to any of the three counts of conviction,” and that Persky failed "to adequately respond to a critical jury question during deliberations.” The question was related to whether or not "digital penetration" had occurred.

Persky is currently the subject of a recall effort, led by Stanford law professor Michele Dauber. “The problem with this case wasn’t that Judge Persky was unfair to Brock Turner, it was that he was unfair to the victim when he sentenced Turner to only a few months in county jail,” she told The Mercury News.

If Turner's request for a new trial is granted, the case would be retried in Santa Clara County and overseen by another judge. This could potentially (hopefully) mean a harsher sentence for Turner.