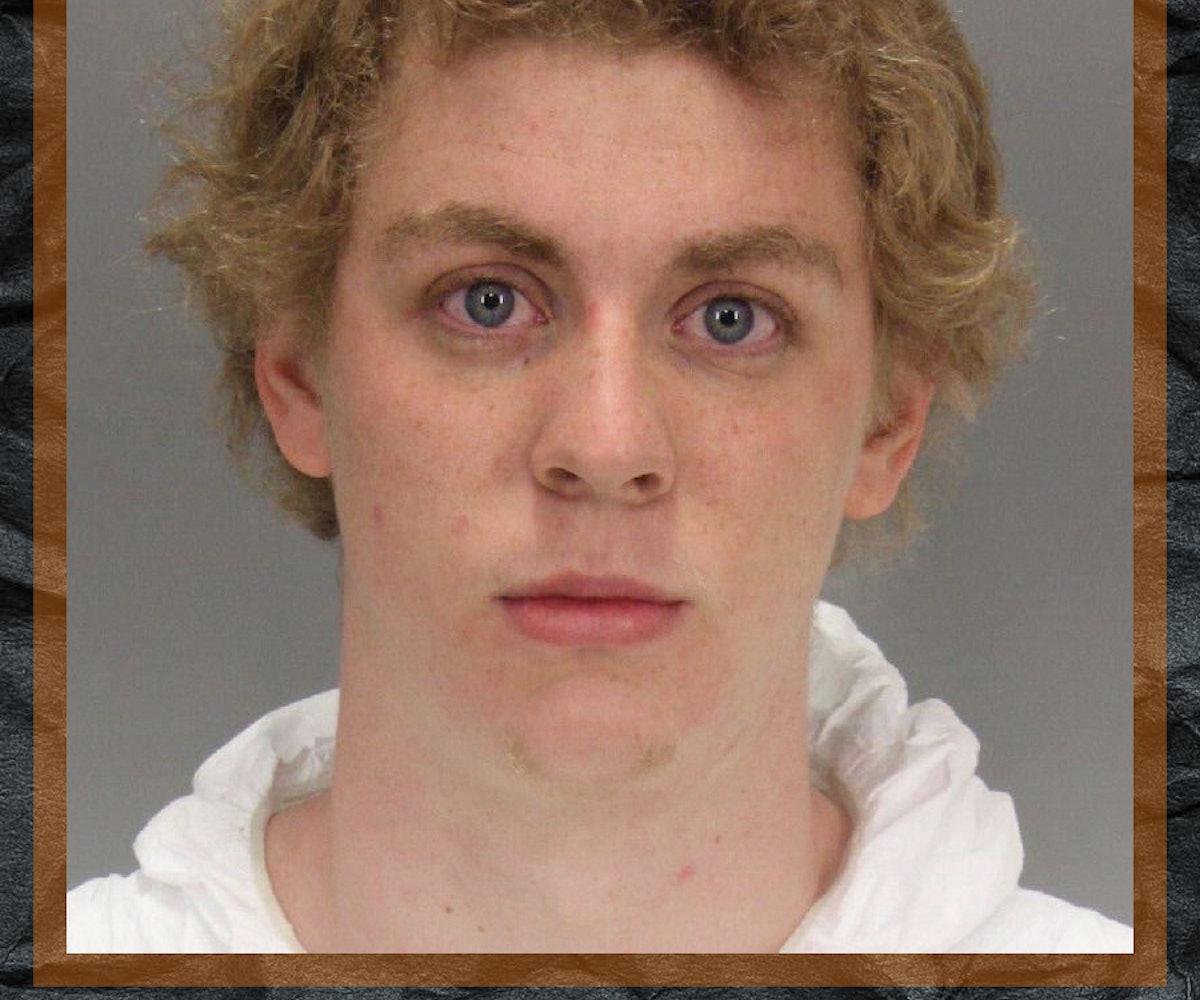 Last January, two Stanford University graduate students were cycling on campus late at night when they drove by freshman Brock Turner on top of a half-naked, unconscious woman. Turner tried to run away from the scene, and the two men tackled him and called the police. After a drawn-out trial, he was charged and convicted with intent to commit rape of an intoxicated/unconscious person, penetration of an intoxicated person, and penetration of an unconscious person this March. The prosecutors suggested that he serve six years in jail for his crimes. Judge Aaron Persky gave him a sentence of six months. Today, it was revealed that he will only serve three months.

Clearly, there was something terribly amiss with Judge Persky's sentencing. When he delivered the sentence, Persky attempted to explain his reasoning for the light sentence, saying, "A prison sentence would have a severe impact on him. I think he will not be a danger to others." It was a clear case of privilege and the skewed perspective that it creates. Imagine the thoughts that must have gone through Persky's head: How could a young white man from a well-off family—let alone a scholarship athlete—be a danger to others, even if he did sexually assault a woman? Clearly his shot at endorsement deals and making the Olympic team are all but eradicated. Surely that's enough of a punishment for someone who tried to rape an unconscious woman.

The fact of the matter is, as any semi-reasonable person would surmise, background, class, and aspirations do not eliminate someone from being a danger to others, and they certainly don't justify sending a message to society that sexual assault is a superficial crime. The very thought of that holding an ounce of truth is terrifying and threatens basic human rights. And yet, somehow the judge's sentiments were echoed by Turner himself, his family, and his friends.

In his statement to the court, Turner not only failed to take any semblance of true blame for his actions, but he also cast blame for them on alcohol and party culture. Speaking about how he wants to travel to "make society better" by lecturing at different schools, he said, "I want to show that people's lives can be destroyed by drinking and making poor decisions by doing so. One needs to recognize the influence that peer pressure and the attitude of having to fit in can have on someone."

He also went on to say that going to college influenced him to make certain decisions. "I know I can impact and change people's attitudes towards the culture surrounded by binge drinking and sexual promiscuity that protrudes through what people think is at the core of being a college student... I've been shattered by the party culture and risk-taking behavior that I briefly experienced in my four months at school." Binge drinking is an aspect of college culture, but it is not what it is based on. It's not a mandatory part of the university experience. And it certainly doesn't transform someone into a rapist or encourage young men to take unconscious women by a dumpster to violate them. Millions of students go through their lives without assaulting someone else, just as millions of people who go out on the weekends do. And sexual promiscuity does not correlate to being a victim of sexual violence, period.

Too many universities may turn a blind eye to assault and don't file formal paperwork to improve their safety ratings, but that doesn't mean that it's an accepted part of campus life.

Then there's the idea of living the college experience while on a sports team. I attended four years of school at a university that had a severe problem with sexual assault by athletes. Midway through my time there, in a matter of months, there were two cases of reported rape by Boston University hockey team members. A university-initiated task force found that the high status and value placed on athletes had created a systematic problem of "sexual entitlement." Still, while there may have been an inadvertent bullshit hierarchy that placed athletes on a pedestal, that didn't mean that anyone on the team who went to parties and participated in whatever substances were available found themselves with a judgment clouded enough to assault and impose a lifelong damage on another person. There were some horrible people who were given more access to certain situations, and who had the idea of "camaraderie" to make them feel as if their crimes would be covered up without consequence. But it did not make them rapists; their actions did.

Disturbingly, the statement that Turner's father, Dan Turner, made to the court echoes the judge's words and insinuates that the great amount of harm from the assault is to his son. After speaking about Brock's "easygoing," amiable personality (in his shutter-inducing words, "He has always been a person that people like to be around whether they are male or female"), athleticism, and academic performance, he wrote:

He will never be his happy go lucky self with that easygoing personality and welcoming smile. His every waking minute is consumed with worry, anxiety, fear, and depression. You can see this in his face, the way he walks, his weakened voice, his lack of appetite... These verdicts have broken and shattered him and our family in so many ways. His life will never be the one that he dreamed about and worked so hard to achieve. That is a steep price to pay for 20 minutes of action out of his 20 plus years of life.

Guilt is a powerful feeling, but it is one that is self-imposed. It is not equatable to feeling unsafe and unprotected in any setting and isolated from others who couldn't even fathom your experience. But these are the types of thoughts that entitlement sparks. It clouds all perspective so that only the one that directly affects oneself is seen. It creates excuses for those who don't deserve them and for those who are also blinded enough to not understand that they put themselves in that position. It's the type of self-obsessed ideology that downplays the violation of another person into a mutual, consensual "20 minutes of action." It takes a lot of energy and knowledge to accept that someone you know and love is capable of doing terrible things unless you are capable of seeing others' viewpoints and removing that privilege.

In his continued blame, Turner said, "I've lost two jobs solely based on the reporting of my case. I wish I was never good at swimming or had the opportunity to attend Stanford, so maybe the newspapers wouldn't want to write stories about me." Yes, without his inherent privilege, Turner may not have made international headlines. But it did somehow let him off with what is effectually a slap on the wrist. Although it won't work the way it used to or "was supposed to," he can still live a functional life, which is more than victims are able to.

Unfortunately, it's this type of privilege that perpetuates rape culture in our society. We're taught that sex is a consensual act and that consent can't be given when both parties are not mentally and emotionally present. Yet in the outcome of cases like this, where privilege corrupts justice, we are also taught that there are those who are untouchable and those who have the power to, as the victim says, "ruthlessly [work] to diminish the gravity of validity of [the victim's] suffering." Shattering institutionalized privilege is no small task. But recognizing it is—and confronting it—doesn't have to be impossible.