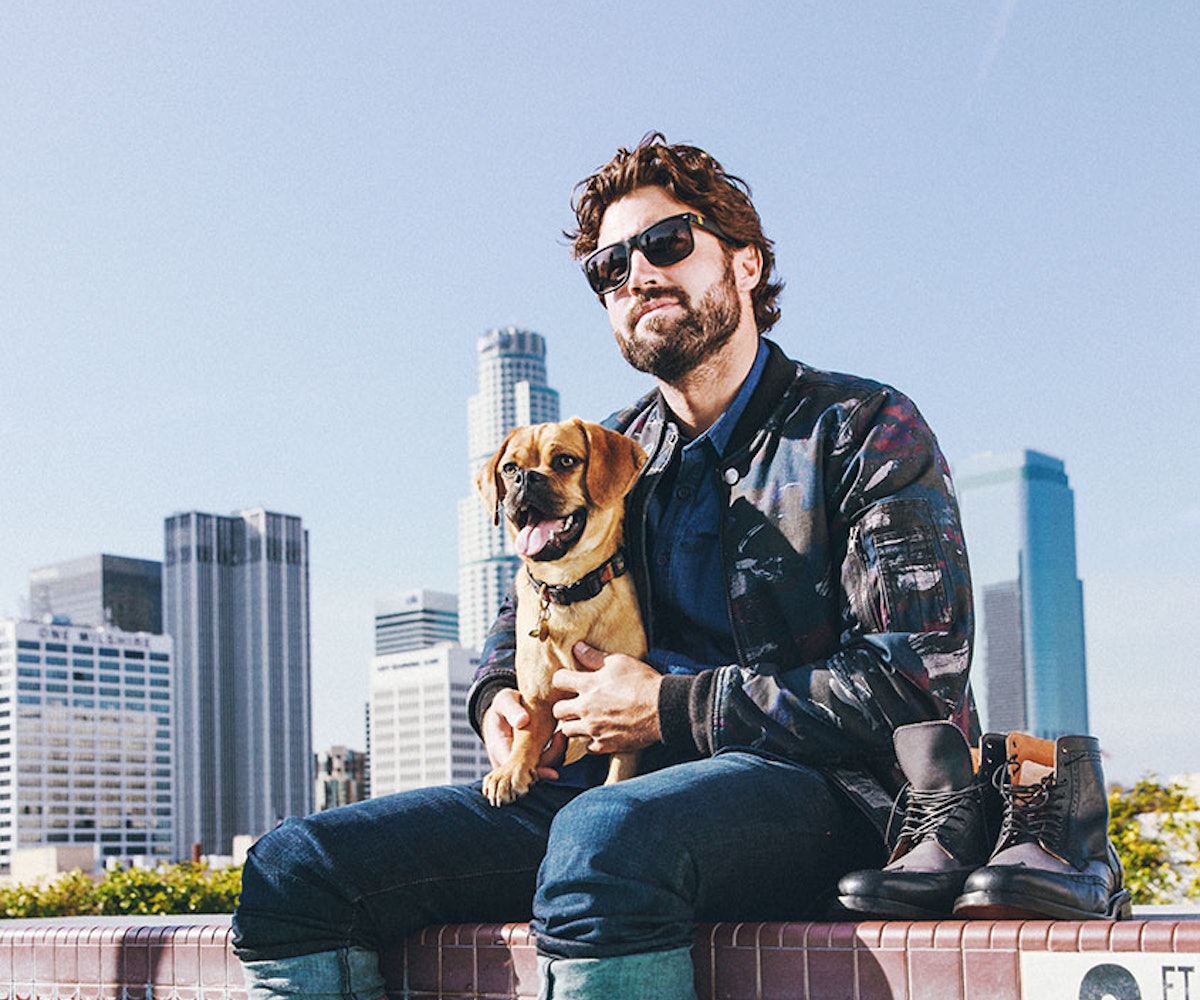 An array of gossip-mag headlines, paparazzi photos, and—depending on how deeply you probe the realm of reality-show clips on YouTube—a weird encounter with Celine Dion all make up the pop culture legacy of L.A. man-about-town and The Hills alum Brody Jenner. This is, of course, the natural by-product of permitting cameras to capture his daily life. But it would seem that Jenner remains unafraid of that privacy-be-damned ethos—case in point: his new show Sex With Brody, which, as the name would suggest, is all about his take on sex. (“There is no stone left unturned,” promises Jenner, and we believe it.)

His mother, actress Linda Thompson, and father, Olympic athlete Caitlyn Jenner (formerly Bruce Jenner), made Brody prime fodder for reality television. His parents divorced when he was a child and both remarried, which ultimately cemented his TV destiny. Thompson’s marriage to Grammy-award-winning songwriter David Foster set the scene for 2005’s Princes of Malibu, a short-lived series on Fox that followed the hijinks of Jenner and his brother Brandon under their stepdad’s roof (e.g., accidentally intercepting a meetup between Foster and the aforementioned platinum-selling French-Canadian songstress). Two years later, Jenner found himself swept up in the “softly scripted” story line of MTV’s The Hills, then searching for the perfect, totally platonic relationship with another man on Bromance in 2008. Around that same time, his dad’s third marriage helped usher in Keeping Up With the Kardashians, a show on which Jenner continues to make guest appearances.

“Originally, the idea was for radio,” says Jenner of Sex With Brody, his fifth major reality-show effort. “To be honest, that was what I wanted—a job where I could not put clothes on and just bro around in sweatpants. You know, just talk. I like to talk.” Before the show was picked up by E!, Jenner’s gift for gab was channeled into Vibe Talk, the Howard Stern-inspired podcast that combined sex therapist Dr. Mike Dow’s expertise with Jenner’s candidness. “I definitely enjoy sex and always have. It’s not that I like sex more than others, I’m just more open to talking about it,” he says. “I learned about sex the same way everyone else learns about sex–by doing it! I would try new things. I would learn what I like and what I don’t.” Although he doesn’t consider himself an expert, Jenner’s experience with women is well-documented: He’s clearly very comfortable with the opposite sex and has been in several high-profile relationships. Jenner, however, laughs at the idea of being considered a playboy. “I’m not sure how to feel about that,” he says. “If anything, my experience has helped me learn things to make my [current] relationship stronger. And, of course, my past relationships have helped with my career. That’s how I’m able to share my experience on Sex With Brody.”

The show also features educational commentary from Dr. Dow and the unapologetic point of view of co-star Stevie Ryan, whose opinions don’t always quite jibe with Jenner’s. “Our dynamic is, Stevie is pro-female, I’m pro-male, and Dr. Mike Dow is smack-dab in the middle,” he says. “So Stevie and I definitely disagree on a lot of things, but that makes the show.” And he’s right: Even the staunchest opponent of reality television can find humor in Jenner and Ryan debating whether it’s OK to receive a happy ending after a massage, or replying to a guy’s confession that his partner is surely thinking about Tom Hanks when they’re in bed. “Who doesn’t wanna listen to people talk about sex?” says Jenner, summing up the show’s appeal. “I think that’s a topic that people don’t really wanna talk about [themselves], but this show is completely, 100 percent about sex. I think it’s funny, it’s cool, it’s interesting, and it’s informative.”

NEXT UP
Beauty
Kylie Jenner Is Bringing 1920 Finger Waves to the 2020s
Astrology
January 2023’s New Moon In Aquarius Is All About The Big Picture
Culture
Phoebe Dynevor Will Not Return for Bridgerton Season 3
Culture
11 Must-Read February 2023 Books
Style + Culture, delivered straight to your inbox.