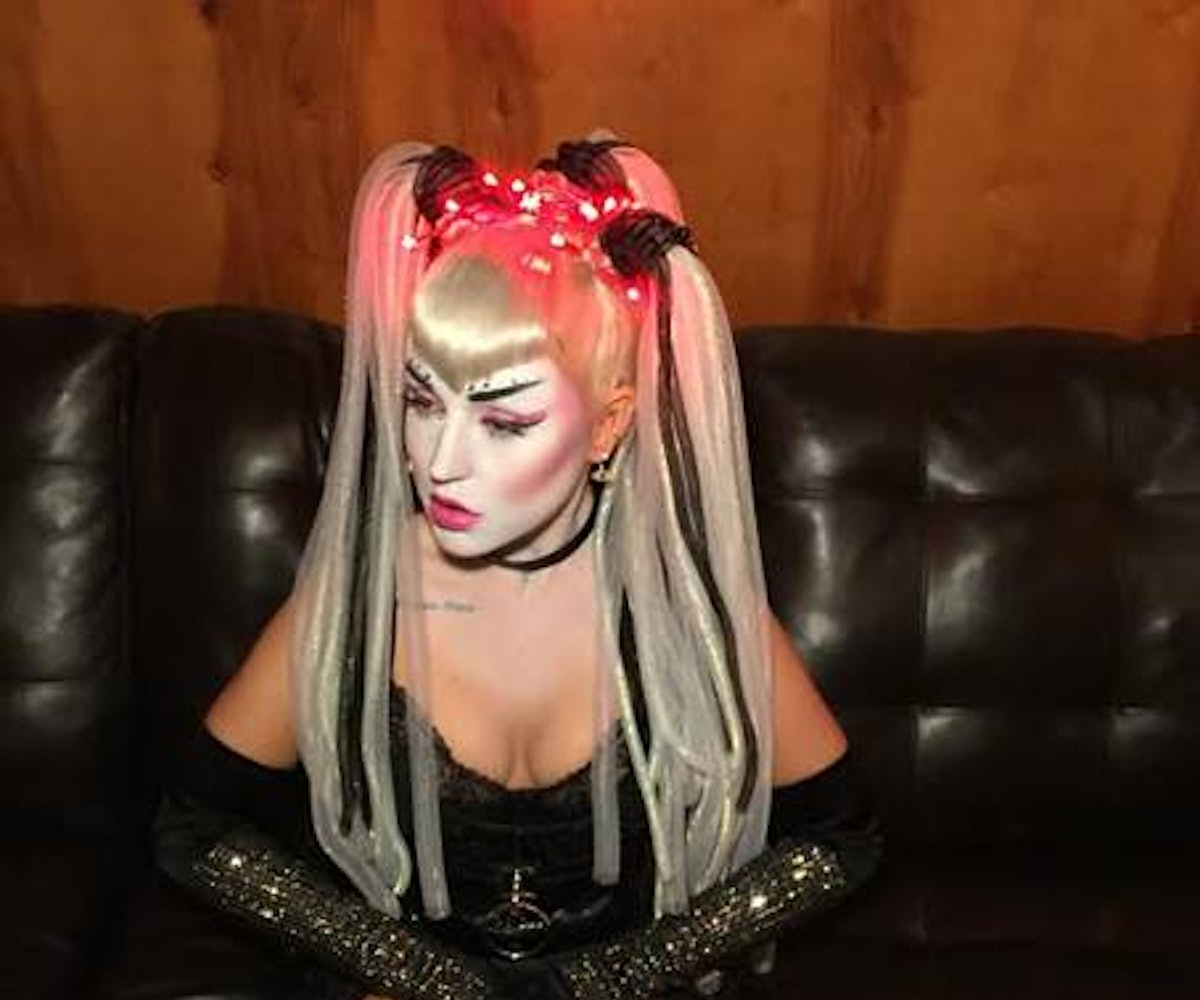 Singer Brooke Candy knows opulence. After all, one of her earlier hits was named after the word. So, it's no surprise that she embodies the sentiment wherever she goes.

Candy adventured to Texas earlier this month for SXSW. Neither heat nor torrential storm could keep her from dressing up, down, and everything in between. With a camera in tow, she captured every moment and made a photo diary for us to peruse. The Freaky Princess made her entrance everywhere she went and man, are we thrilled that she did. Brooke Candy kept Austin fierce, weird, and, yes, opulent. So, let's begin.

"After arriving in the middle of nowhere in (South Padre) Texas, it was time to unleash the Freaky Princess..."

Pondering the lesser of two evils.

After test driving a vehicle for luggage, we decided to travel by car to Austin, Texas.

​Went to a drag show and met Pearl. Finally found someone from my planet.

Back down to earth, feeling like Shania Twain in my new leopard cowboy hat

Realized I may be a road hog...

This queen had to hit up Dairy Queen...

Rode a swan paddleboat with my BFF Gregory.

Texas was cool. Smell ya later!

NEXT UP
Culture
6 Shows To Binge Once You've Finished 'The White Lotus'
Nylon Nights
How Renzo Rosso Turned The Pelican Hotel Into A Miami Must-Stay
Entertainment
Samia On 'Honey' & Saying The Ugly Part Out Loud
Culture
Caroline Polachek In KNWLS & More Party Photos You Missed
Style + Culture, delivered straight to your inbox.