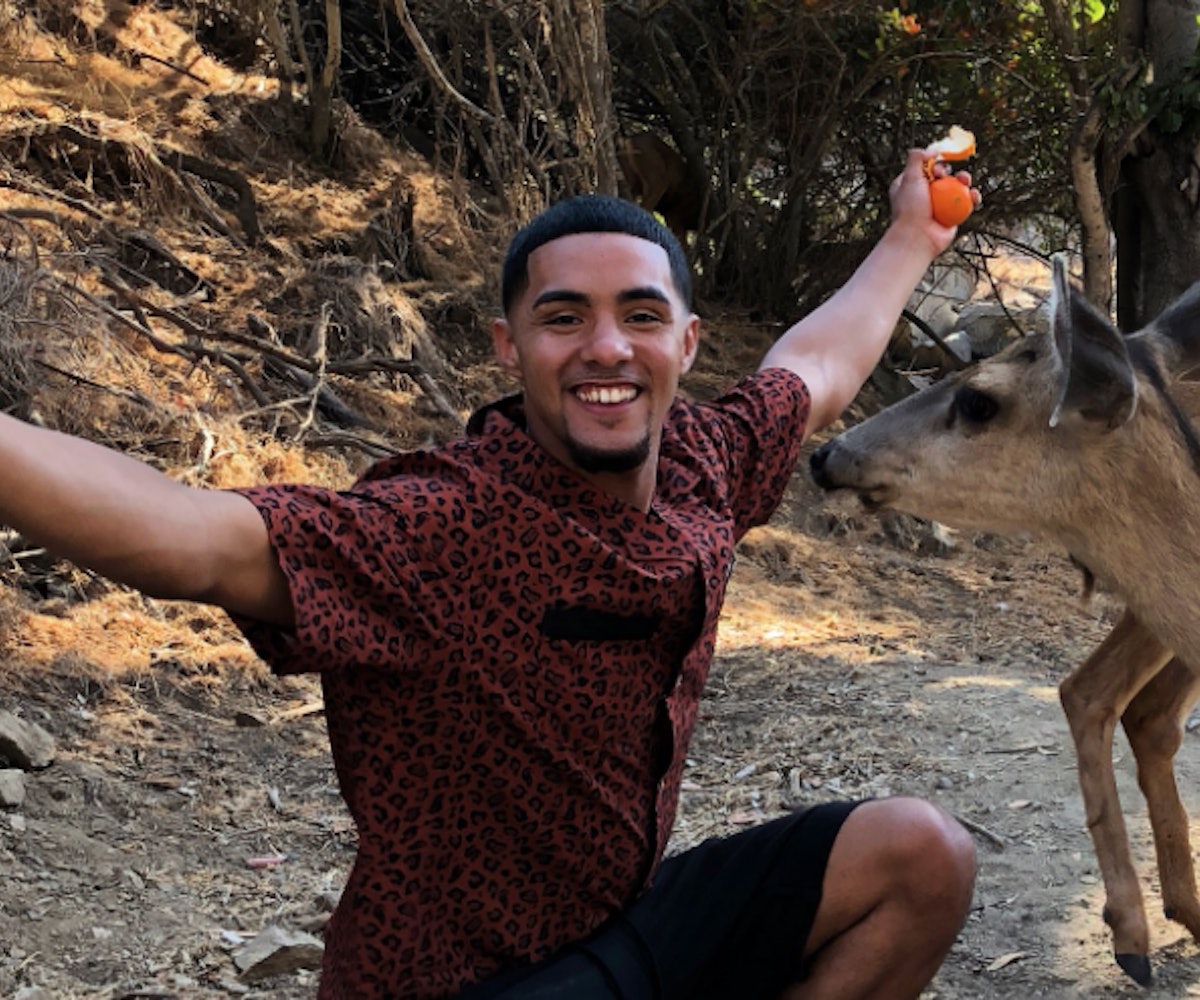 Photo via @coldgamekelv on Twitter
by Allison Stubblebine
Oct. 22, 2018

Last night, social media star Brother Nature, aka Kelvin Peña, was called out on Twitter for racist tweets he had posted in 2011 and 2012. Peña has since shared an apology to Twitter.

"I started using Twitter when I was 12 years old," Peña, now 20, stated, "I was very impressionable and was seeking attention." The tweets he is receiving heat for contained anti-semitic, racist phrases and romanticization of domestic abuse. TMZ has posted a screenshot of the original tweet which called out Peña with a collage of his bad tweets. The original poster deleted their callout because of apparent bullying they received in response from Peña fans.

Peña rocketed to viral fame with a 2016 video in which he befriended a deer in his backyard, who he named Money. In the passing years, he has accumulated a squad of other animal friends—goats, pigeons, you name it—and has provided wholesome, positive content to Twitter. He references the responsibility that comes with maintaining such a platform later in his apology, adding that he wants to "be a role model with the kids." He continued, "I hope that all of my friends, fans, and followers truly understand and believe that I have evolved as a human being and I lead with love."

While what Peña said six to seven years ago is inexcusable, "canceling" someone entirely for something they tweeted as a preteen also doesn't feel like a solution. While, hopefully, most of us never tweeted or said anything as bad as Peña, were we all not impressionable at that age?

It's without a doubt important to call people out for their wrongdoings, no matter how long ago they happened, but sometimes, rather than opening up dialogue and aiming to create change for the better, people condemn the offenders without giving them a chance to show that they have grown and evolved.

For now, I'll keep enjoying catching up on Canela and Money's snacking habits as a breather at the end of a long day, and save my social media anger for people who continue to perpetuate gross, racist discourse.