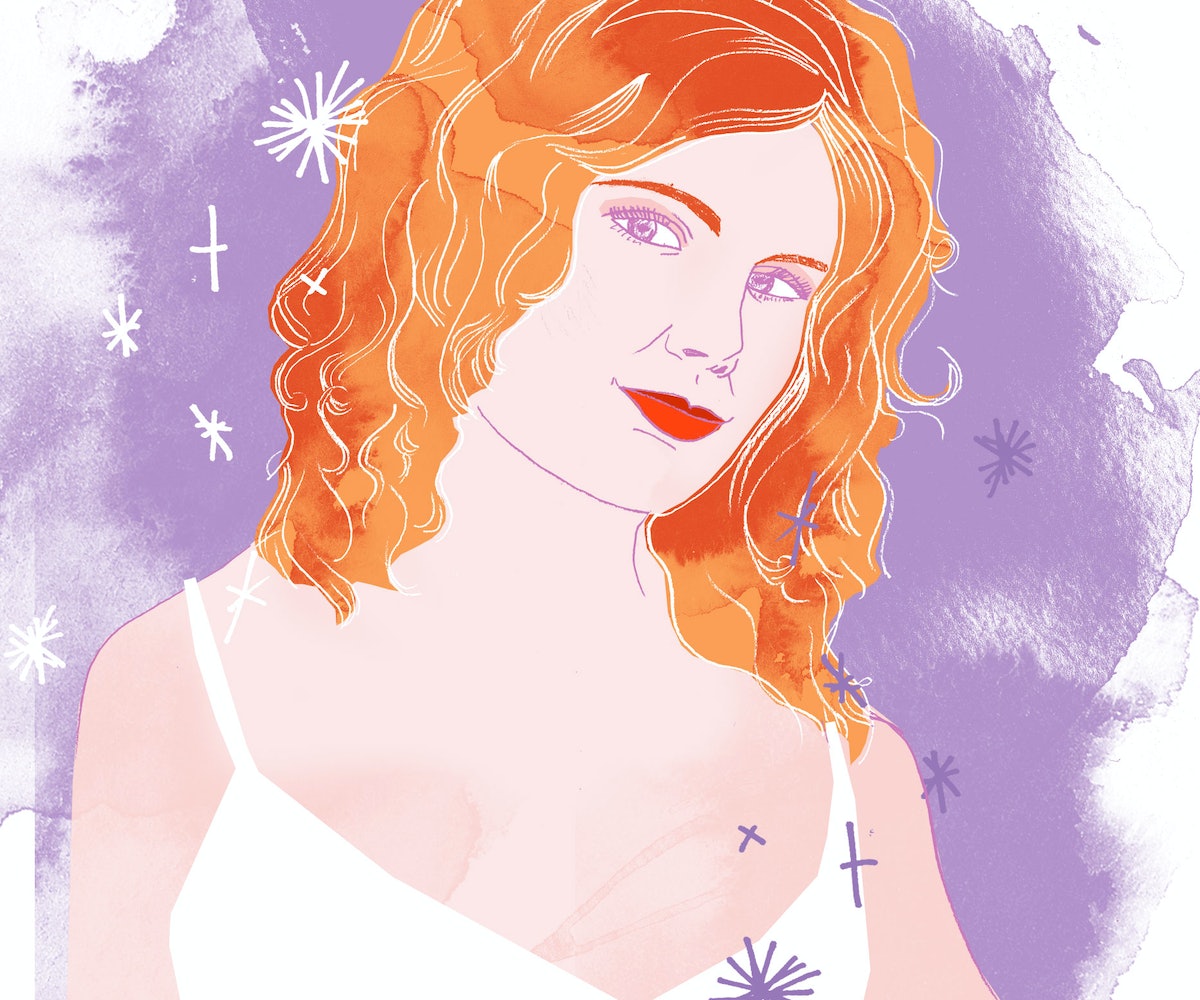 Bryn Kelly revealed herself to me in layers. The news of her brilliance found me along with the news of her death. Our serendipitous union took place on a day much like the one she created in a short story I would soon discover. Her ability to tell a story was a play-by-play of a life that was running alongside my own. As a fellow transgender woman with a southern sensibility, she felt close to home. I attempted to move beyond the circumstances of all her different identities and ventured into her core.

Most days, the media and literature I consume are created outside of the reality I exist in. Delayed salvation requires me to innovate: As a trans girl, I must decipher and interpret them to suit my needs. Often the nuance of my life has no place in art, so it must be constructed. The isolation of this act can be exhausting. Especially when you are confronted with your politicized existence while running through the motions of your life. However, some women will join you in this isolation. Bryn was one of them though I never knew her when she was in this life.

In the final days before receiving my biweekly paycheck, gratification has taken a hiatus. I have $15 left. Deliverance comes in the form of a $13 burrito, and a $2 tip for the delivery guy who visibly shares my exhaustion. I sit down to enjoy the luxury of someone else preparing my lunch, a comfort that I left behind in Tennessee. New York requires sacrifice for these comforts.

“That’s the second burrito this week, are you sure you aren’t pregnant?” says a voice in my peripheral vision, low enough only I can hear it. It’s the voice of the male co-worker I’ve allowed myself to daydream about at night.

His eyes are comically round, and I imagine it’s the part of him that his mother loves. I travel ahead of science and imagine how our kids would look. I am reminded that I am a glitch in the system of womanhood. He watches me, harmless, and unaware of the assumption he’s just made about my body. I shift in my chair to alleviate the pain of my genitalia being tucked beneath me. My transgender experience is now dictating this interaction, and I follow its lead. “Don’t say that,” I say mid-sigh, relieved that my gender has been read correctly. He allows me to finish my lunch, leaving me with the mourning of the child I couldn’t possibly be carrying. The words of my grandmother insert themselves into his absence: “You can’t be upset by people’s assumptions. You chose this life.”

I clock out of work at 6pm, but it’s 6:23pm when I’ve approved my appearance for public transportation. I seal my femininity with cosmetics to keep dysphoria—the misalignment of body and spirit —at a distance. On the train, bodies pile in around me. I am made aware that I’m just a bit broader than they expect for a girl. With more space carved out for my book, I assume my position. I can travel undetected as I mold myself to my surroundings. I can’t differentiate between the catcallers and the street musicians. Literature distracts from the violence that lives in the eyes of men who examine me. With my book as a portal, I stand at the junction of reality and the sublime. I am a veteran of both of these worlds, and I am fluent in their language. I have learned their fears, and I am well trained in empathy. For the sake of inclusion, I don’t remind myself that this isn’t a reciprocal relationship. I look up to count how long someone has been staring at me. A trans girl knows the difference between people watching and being figured out. I send a prayer to the silent underground battles of trans girls all around the city. The hope of their well-being propels me forward. Our day-to-day survival, more than anything, is what adds to the undocumented tapestry of our collective history.

On my walk home, the buzz of a text message places me back in reality. It’s a forgotten person from my past asking to be let in, as they always do. I scan the text messages, and they resemble the usual apologies from other ex-not-really-your-boyfriends. I allow him to say his piece, as our shared trans experience originally brought us together. Beyond simple apologies, he brought news with him. I dissect his words to find something of value. I discover a name that carries the dignity of being two first names. Like Elizabeth Taylor, her grandeur can be felt. Before I could take note of the significance of such a woman, she is gone. My prayers from earlier are now assembled around a single woman. I felt a shift in the collective resilience of trans women in New York City. Bryn Kelly was gone from our lives. Before I knew her face or the parallels of our lives, all I had was her absence. It walked with me the rest of my way home. Fearful of the way the lives of trans women quickly turn into hashtags, I combated the distant buzz of think pieces and Google searches with silence. In this way, I stopped the spectacle of our lives from carrying into her death. In that moment, my body reminded me to exhale.

In the hopes of catching a glimpse of Bryn, I strung together her wit, humor, and genius. She tucked herself into opposing corners of the Internet, and she challenged me to meet her halfway. I found footage of her singing "A bit of light Opera" in 2009 on YouTube. The scared 17-year-old from 2009 that lives on inside of me was comforted to know that this performance preceded my NYC arrival in 2010. Every trans woman before me has had a hand in catapulting me into womanhood. I also found her legacy of giving many trans girls their first New York haircut. The intimacy of that act was present in her prose. Her awareness of audience gave me the agency to revel in her work.  I was not alone in this, as her blogs titled The Hussy and PartyBottom were the nuclei of so many communities. The parts of her that I learned about through her writing all came together in her short story titled "Other Balms, Other Gileads."

As the book that served as my companion laid forgotten at the bottom of my bag, Bryn’s words became my food and lodging.  She inhabited me as I prepared my cup of noodles and took off my shoes. We were two mirrors facing each other. In this story, I was following a trans woman running through the motions of her life just as I had. I was decoding the prophecies of so many women across this city. My eyes darted from right to left as her words nourished me. I built a home inside of a story that took me into consideration. Her words became a talisman.

“Dolls. Years of estrogen shots, electrolysis, the back-alley snip by a half-trained medical student in a dingy hotel in Michigan, the thousands of hours spent on makeup and hair perfection and perfectly fitting clothes that show off her best assets. Dolls.”   —Bryn Kelly, "Other Balms, Other Gileads."

Bryn’s words ricochet through my mind as I shift through my nightly routine.  The removal of the underwear designed to hold my genitalia in place is slow. I try not to wince, as this process has never become less painful for me. My "It gets better" moment must’ve gotten lost in the mail. There’s a film playing somewhere behind me, and I watch a Cisgender actress throw her head back in laughter. I watch the ease of never having to conceal an Adam’s apple. I take my last makeup removing wipe, another expense to be added to my list. A lost hour of sleep goes towards constructing the best version of my face. In three swipes, it’s gone. My movements are weighed down by the confusion. I miss a person I’ll never know.

“Sometimes right before she goes to sleep she imagines what it would be like if she were rich and could have a wedding and invite all her friends. She would marry a tall guy, a public defender or a firefighter or a formerly incarcerated IV drug user who was trying his best to live the straight life.” —Bryn Kelly, ‘Other Balms, Other Gileads.’

I reread my favorite sentences. My body was telling me to go to bed, but my mind was urging me to explore further. Hoping that her artistry would find me in a dream, I settled into my bed. My favorite thing about beds is how similar they all feel. In the dark, you can place yourself in any memory of any bed you have. I do this with the memory of all the men that have almost loved me. Except for tonight, I travel ahead for the second time. I close my eyes and place myself in the future. In this future bed, I no longer worry about surgeries or my safety or romantic love. Before the warmth of this fantasy can reach me, I remember that Bryn won’t be in that future. Her art will inevitably excite future generations, but that pleasure should come with a price. Just as she challenged me to meet her halfway, the world should follow suit. Bryn stood at the intersection of gender, class, and the healthcare system. Her journey navigating these systems online will forever be a blueprint for the future. We will never know the heights her genius could have reached because the world wasn’t equipped to nurture it. This truth should haunt us when we witness the lives of trans women being turned into exhibitions. Instead of being seen, we should be experienced. Just before drifting off to sleep, I place myself in the future once more. A future where the prophecies of trans women are no longer unfulfilled and our histories are learned.